Six women have filed civil lawsuits against USA Swimming, its local associations in California and three now-banned coaches claiming the national governing body failed to protect them from abuse by those coaches.

The suits allege USA Swimming, including former executive director Chuck Wielgus, and other top officials, the local associations and clubs were aware of Ivey, Uchiyama and King’s predatory behavior but refused to address it, creating a culture of abuse that exposed dozens of underage swimmers to sexual abuse and harassment.

The lawsuits are believed to be the first major filings under a new California law that allows sexual abuse victims to confront in court their abusers and the organizations that protected predators. Assembly Bill 218, which went into effect on Jan. 1, created a three-year window to file past claims that had expired under the statute of limitations.

“My sexual abuse was 100% preventable,” Grodensky said Wednesday during a video conference.

Grodensky said King abused her from ages 11 to 16 when she was a swimmer in Danville, California, in the early 1980s. Now 51 and living in New York, she said she has suffered from years of depression as a result of the abuse. Grodensky said King’s grooming of her extended to her family, friends and teammates.

In 2010, King was convicted and sentenced to 40 years in prison after pleading no contest to 20 child molestation charges.

“I want this lawsuit to wake up USA Swimming,” Grodensky said. “I want cultural change and mandated education for this great sport.”

Moran said King coached her at age 12 in Northern California. Around the same age, she said Ivey began grooming her for his sexual gratification, which escalated and resulted in him getting her pregnant at 17. Moran said he told her to have an abortion months before the 1984 U.S. Olympic trials.

“USA Swimming enabled Mitch Ivey to abuse me and as a result, I’ve suffered from years of depression, low self-esteem and panic attacks on top of acute anxiety. I still suffer from the trauma today that will stay with me for the rest of my life,” Moran said. “USA Swimming must clean house and get rid of the coaches and executives that created this culture that condoned sexual abuse by coaches.”

Grodensky, Moran and Palmero said the culture continues to exist within USA Swimming.

“If I have the courage to tell my story on a national stage, USA Swimming should have the courage to clean house and make this sport safer for all children,” said Moran, who no longer likes to swim and kept her children out of the sport because of her abuse.

In a statement, USA Swimming said the three coaches named in the women’s lawsuits have “long been” on the governing body’s list of individuals permanently suspended or ineligible for membership due to allegations of misconduct from the 1980s and 1990s, and the U.S. Center for SafeSport has recognized and honored their bans.

“We fully support survivors of sexual abuse along their healing journey. USA Swimming’s Safe Sport program continues to work with prominent health and education experts to provide meaningful member resources and SwimAssist funding to those in need,” the governing body said. “The organization and its current leadership remain committed to providing a safe environment and a positive culture for all its members.”

Palmero said she was abused by Uchiyama beginning at 14 when she swam in Tustin, California, in the early 1990s. Now 46 and still living in Southern California, Palmero said she believed other coaches on her team knew of Uchiyama’s abuse and did nothing. Ten years later, she reported him to Wielgus, who she said had Uchiyama sign a confidential agreement in which he admitted to the abuse and resigned. Wielgus died in 2017 at age 67.

Uchiyama later found a coaching job at a nearby country club on the recommendation of another USA Swimming executive.

“This news was devastating to me. It was as if they were dismissing everything that happened to me,” Palmero said. “This is how USA Swimming takes care of its predator coaches.”

Palmero said she wants an investigation into who enabled Uchiyama to abuse her and to have those people banned from the sport.

Robert Allard, the women’s attorney, said USA Swimming has known about their cases for years.

“Yet they purposefully did not reach out to them, we believe, because they did not want to know the truth about who knew about their abuse and did nothing,” he said. “This organization cannot truly move forward unless it expels from its membership permanently those responsible for the perpetuation of this culture.”

Allard said he has previously alerted current USA Swimming President and CEO Tim Hinchey to people within the organization who were not qualified to supervise children and Hinchey took steps to remove them. Now he’s calling on Hinchey to do more.

“There are people who remain in leadership positions today within USA Swimming who go way back, to even the days of Debra Grodensky in the late ‘80s, early ’90s,” Allard said, “and if it needs to blow things up to replace all these people with some good people, then that’s what we have to do. That’s where it starts.”

The Associated Press does not typically identify people who say they are victims of sexual assault but Grodensky, Moran and Palmero have come forward publicly to speak about their cases.

The name of the attorney has been corrected to Robert Allard instead of Ed. 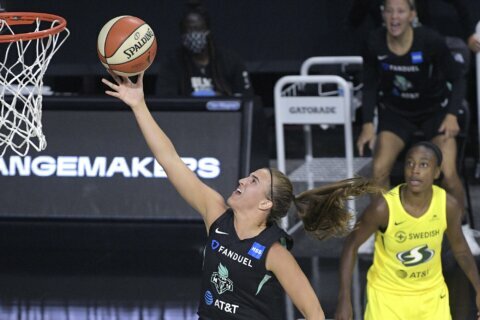 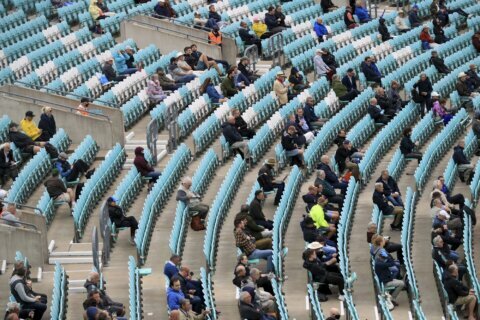 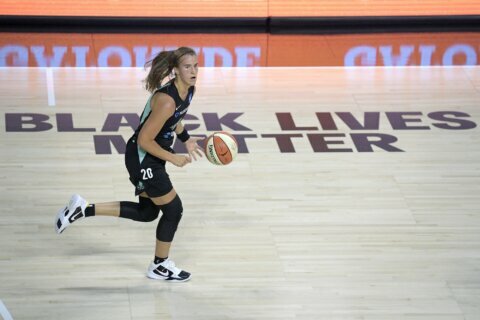