CORONAVIRUS NEWS: Latest COVID-19 numbers in DC, MD, VA | Staff not required to be tested before Mount Rushmore event | How to travel during the pandemic
Home » Other Sports News » Morgan's mojo: Hurd looks…

Morgan Hurd smiles while talking about her most disappointing moment in gymnastics. It’s the 18-year-old’s way of deflecting the pain — more mental than physical — that was tough to shake after she failed to make the 2019 world championship team.

A shaky first day at the selection camp last October left her scrambling. She never caught up. When the six-woman team was announced and Hurd found herself named as a non-traveling alternate, she couldn’t get home to Delaware fast enough.

“My coach was like, ‘We need to leave’ and I was like, ‘All right,’” Hurd says, before adding with a laugh, “And then, this was after my breakdown of course.”

She’s kidding. But only a little. A busy summer that included competing three times in less than a month — a massive workload at the sport’s top level — had left her drained. Yet during the selection camp she had recovered, which made missing the cut only more difficult.

“I was coming back into peak shape and for that to just kind of go down the drain and not used was really heartbreaking for me,” Hurd said.

The 2017 world champion briefly shut down in the aftermath. Her seemingly boundless energy vanished. She wasn’t injured. She was devastated, the symptoms manifesting themselves when she returned to training.

“My whole body just kind of felt like fatigued and it just didn’t want to do anything,” she said. “Like my whole body just felt lethargic and heavy and it was so hard to just like do basic things.”

Not so much anymore. Hurd pulled herself out of the funk by Thanksgiving, pushed by the upgrades coach Slava Glazounov challenged her to incorporate into her routines, routines she’s eager to show off in Milwaukee on Saturday at the American Cup. The invitational is the first high-profile event leading to the 2020 Olympics, a chance for Hurd to regain some of the swagger she lost during the hectic summer of 2019.

Looking back, Hurd has no regrets. The opportunity to compete at the Pan American Games in Peru — which happened between the U.S. Classic in late July and the U.S. Championships in mid-August — was too good to pass up.

“The experience was one that comes around once every four years,” Hurd said. “I had so much fun even though honestly I didn’t do my greatest, I wish I did better but the whole experience as a whole was great for me.”

Hurd helped the Americans win a team gold medal but she didn’t compete in an any of the event finals thanks to international rules that only allow the top two qualifiers from a country to advance. Things didn’t go much better at the US Championships a week later. A miscue on floor during the first day dropped her well off the pace in the all-around, though she did recover to finish fourth, earning a silver on uneven bars in the process.

It was good. Just not quite good enough for Hurd, a perfectionist who admits she’s never quite satisfied even if she’s one of only two active women’s gymnasts on the planet not named Simone Biles with a world all-around gold medal in her trophy case.

Ask Hurd what inspires her on those days when she doesn’t feel like going to the gym and her answer is remarkably self aware.

“The fear of letting people down,” she said. “Because I’ll be like, ‘Oh my god, I just want to lay in bed right now.’ But then I’m like, ‘I don’t want to disappoint Slava by not coming to practice.’ And then I think, ‘Oh, karma, I missed that one practice, that’s why you’re not on the Olympic team.’ So it’s fear that drives me I guess. That sounds so bad.”

Hurd insists that it’s not. It’s just the way she’s wired. This is the same athlete who used to cut in line during practices at First State Gymnastics in Newark, Delaware, if her teammates aren’t working at a pace that suited her. That same passion hasn’t dissipated. If anything, it has deepened.

Regardless of whether or not she makes the 2020 Olympic team, Hurd has already deferred the start of her college career — she’s committed to Florida — until January 2022 because she wants to make a run at the 2021 world championships. It’s something Glazounov brought up last year, dropping occasional hints as a way of stirring the fiery competitor within Hurd, who delights in confounding expectations.

When someone on Twitter pointed out Hurd was tied with 2012 Olympic gold medalist Kyla Ross for the seventh most world championship medals (five) by an American woman, it was all the motivation she needed.

“I want to climb those ranks,” she said.

A hopefully busy 2020, however, awaits. With her trademark glasses and 4-foot-9 frame, Hurd gets that she doesn’t look like one of the world’s top athletes. She jokes that because of her height she might get into acrobatic gymnastics once her artistic career is over.

That’s for down the road. For now there is the pursuit of an Olympic spot, one being chronicled as part of an intimate documentary series on the difficulty of reaching Tokyo. It can get kind of uncomfortable having cameras around, but Hurd is getting used to it. The last six months have been difficult at times, but in a way, maybe it’s just setting the stage for story of redemption. 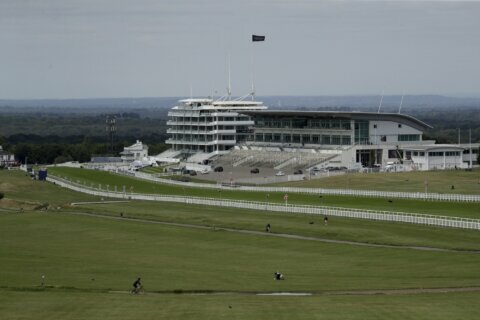 On the emptiest of Derby days, a surreal 25-1 Epsom winner 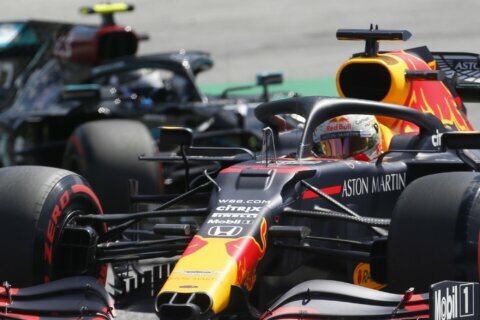 Hard work for F1 to figure out rest of 2020 calendar 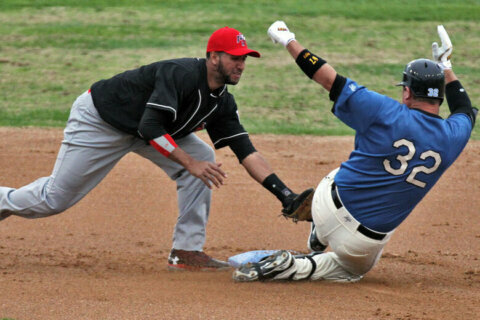 Independent baseball — and all its fun — returns ahead of Independence Day