Major league owners and players seem to be in rare agreement. They want to play as many games as possible,…
Listen now to WTOP News WTOP.com | Alexa | Google Home | WTOP App | 103.5 FM

Major league owners and players seem to be in rare agreement. They want to play as many games as possible, as soon as possible.

Ordinarily that would be something to cheer for. But one look at the line of people in masks stretching outside Costco at 7 a.m. is evidence enough that we’re not in ordinary times.

The coronavirus has upended life as we know it. What would have been opening day on Thursday became instead a time for most to revisit old memories, not make new ones.

The only thing we know for sure is that this will be a season like no other. There is no template for sports any more, with the Masters still TBD and the Indy 500 pushed back to August at the soonest.

They’re both intent on playing as many games as possible once the green light is given to gather together again.

That’s not a bad thing by itself. Baseball fans everywhere will be so desperate that TV ratings will be up and people might even venture out to ballpark.

So go ahead and try to fit 100 or so games in. Expand the playoffs, too, and put later games in neutral sites so that weather is not an issue.

Get creative, like MLB did in splitting the 1981 season in two after a strike wiped out two months of games. Find something that works for the players, the fans and the record books.

But forget the scheme to play seven-inning doubleheaders. They’re not real games.

And whatever you do, don’t give us a World Series for Christmas.

Scratch greed off the lineup card for this, a season unlike any other. Eat some television contracts, and accept the fact this won’t be a full salary year.

Stop the incessant drive to pocket the last dollar you can from loyal fans.

Commissioner Rob Manfred’s announcement last week that opening day will not take place until mid-May at best was hardly unexpected, though seemingly too optimistic. There’s no way of setting return dates for any sport right now because, as Dr. Anthony Fauci, the nation’s top infectious disease expert said, “You don’t make the timeline. The virus makes the timeline.’’

But Manfred and others have been in talks with the players’ union on what kind of season we’ll see when play does resume. And Manfred made it clear in an ESPN interview on Wednesday that he sees the sport playing a big role in helping the nation recover from the terrible impact the virus is having on its citizens.

Just how baseball comes back is still being debated. There’s talk of seven-inning doubleheaders so teams can play nine games a week, and moving postseason games to either warm weather cities or those that have enclosed ballparks.

That would help owners salvage as many ticket sales as they can. It will help players make as much money as they can, with their salaries pro-rated for the number of games they play.

But it looks more like a chase for money than a rallying cry to the nation. If not done right, baseball — a sport already suffering from declines in attendance — may lose more fans than it gains.

On what would have been opening day in San Diego, the Padres played “God Bless America” over the loudspeakers to an empty stadium at game time. No fans were around to hear, but the message was heard loudly enough.

So was MLB’s pledge this week of $30 million for ballpark workers who will lose income because of the postponed season. It should be more, of course, but it’s a start.

The history of baseball is littered with greed. There have been seasons disrupted and postseasons canceled because of labor disputes that raged with little regard on either side for the fans who pay the bills.

If anything, the virus has taught us that we’re all in this together. Everyone has a stake, from the pitcher making $30 million a year to the fan who buys bleacher seats and sneaks in his snacks.

It’s time to start thinking about the season without the almighty dollar driving all the decisions.

Give us a season we can enjoy, abbreviated as it might be.

A’s minor league manager on ventilator due to coronavirus 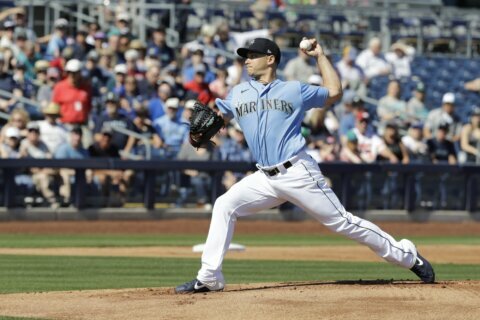 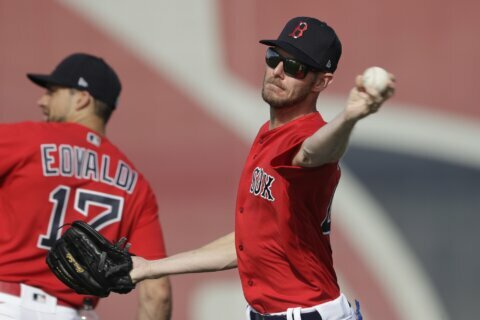