BUDAPEST, Hungary (AP) — After 44 years under Tamas Ajan, weightlifting’s troubled governing body is getting an acting president to…

BUDAPEST, Hungary (AP) — After 44 years under Tamas Ajan, weightlifting’s troubled governing body is getting an acting president to oversee an investigation of corruption allegations broadcast in Germany.

The International Weightlifting Federation said late Wednesday its American Vice President Ursula Papandrea will take “a range of operational responsibilities” working alongside Ajan for up to 90 days.

Papandrea will lead an Oversight and Integrity Commission tasked with “identifying, nominating and recommending independent experts in fields including anti-doping and financial reporting,” the IWF said.

The allegations broadcast this month by German network ARD pose the biggest threat to 81-year-old Ajan’s control of the Budapest-based organization where he has been president for 20 years, and general secretary for the previous 24.

“I have no doubt that external experts will vindicate my commitment of nearly fifty years to develop the sport of weightlifting,” Ajan said in the IWF statement.

The International Olympic Committee has said the claims are “very serious and worrying,” and its ethics commission would request evidence from the German broadcaster. A previous complaint about IWF finances in 2010 was closed by the IOC.

Ajan has been an honorary member of the IOC since 2010 and previously was a full member for 10 years when his duties included taking part in votes to choose Olympic host cities.

The World Anti-Doping Agency is also studying alleged irregularities in collecting samples from lifters that could implicate Hungary’s anti-doping agency.

Weightlifting has a chronic doping problem, including dozens of positive tests for steroids in reanalysis of samples from the 2008 Beijing Olympics and 2012 London Olympics. The IOC cut the sport’s quota of athletes for the 2020 Tokyo Olympics and briefly threatened weightlifting’s place at the 2024 Paris Olympics pending anti-doping reforms.

The turmoil was addressed Wednesday at an IWF executive board meeting in Doha, Qatar.

“Weightlifting has always been bigger than one man, and I am happy to have Ursula acting by my side in a presidential capacity,” Ajan said. “The (board) and I know that she will do a great job of ensuring that the validity of these allegations is examined and established in a way that is beyond criticism.”

An interim report from the investigation should be delivered to meetings of the IWF’s executive board and congress of national members from March 11-13 in Bucharest, Romania. 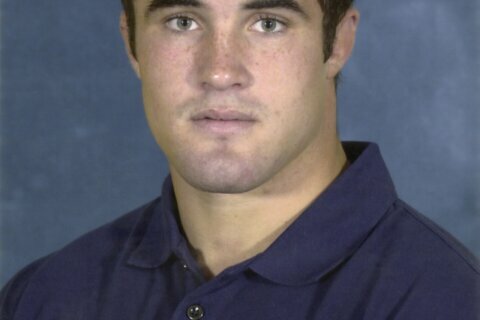 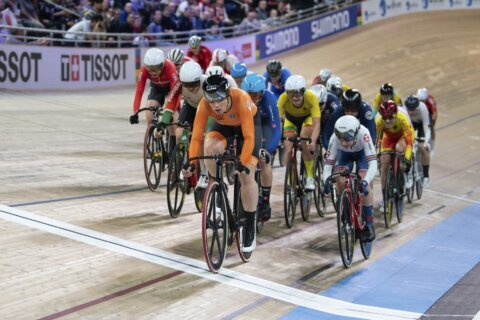