Rebensburg, the 2010 Olympic giant slalom winner, finished in 1 minute, 20 seconds Sunday to edge Delago by 0.35 seconds. Delago was the 31st racer of the afternoon and bumped Corinne Suter of Switzerland into third place.

“I think for sure my GS skills, or technical skills, they were helping me,” Rebensburg said.

Three-time overall World Cup champion Mikaela Shiffrin of the United States wound up in 10th place. Shiffrin is the reigning champion in the season-long super-G competition.

“I was always waiting for the win here in Lake Louise,” Rebensburg said. “The super-G here looks tougher than it is, so I tried to push as hard as I can from top to bottom. Obviously it was working out pretty well.”

Suter earned a bronze medal in the super-G at the world championships last season along with a silver in the downhill. 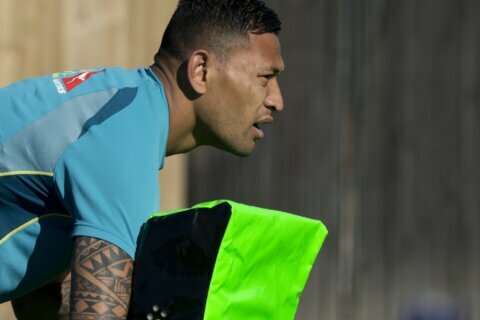