ROME (AP) — A brief suspension for discriminatory chants marred Roma’s 2-1 win over struggling Napoli in Serie A on Saturday.

Referee Gianluca Rocchi made the decision in the second half after Roma fans aimed anti-territorial slurs at visiting Napoli. Such chants are often used by supporters to deride an opposing club’s city and are treated by officials in the same manner as racist chants.

The game resumed after a few minutes.

An Associated Press photographer next to the pitch also heard sporadic racist chants aimed at Napoli defender Kalidou Koulibaly, who is black.

Rocchi had already ordered an announcement to be made over the Stadio Olimpico’s public address system asking fans to stop the chants.

During the suspension, Rocchi gathered the teams in the center circle, then Roma forward Edin Dzeko went over and encouraged fans to applaud rather than jeer the opposition.

“Since my Italian is not good I didn’t really understand what happened but I’m against any sort of territorial discrimination,” said Paulo Fonseca, Roma’s Portuguese coach, adding that incidents like these happen “in many matches all over the world.”

“To me, it was more important to see our captain (Dzeko) talk to the fans and see that it didn’t occur again,” Fonseca added.

Roma led 2-0 at the time of the suspension with goals from Nicolò Zaniolo and Jordan Veretout.

Shortly after the interruption, Arkadiusz Milik pulled one back for Napoli.

Roma extended its unbeaten run to six matches and moved up to third place, one point ahead of Atalanta, which hosts Cagliari on Sunday.

Napoli, which has earned just three points in its last five matches, dropped to seventh.

Zaniolo put the hosts ahead with a shot from the edge of the area early on and Veretout added a second-half penalty.

The 20-year-old Zaniolo has scored in his last four games in all competitions, including the Europa League.

Also, Aleksandar Kolarov had a first-half penalty saved by Napoli goalkeeper Alex Meret then Roma defender Chris Smalling cleared a dangerous effort off the goal-line with an acrobatic overhead kick.

Napoli also hit the goal frame twice in a single action in a fast-paced first half, while Roma’s Justin Kluivert hit the bar after the break.

Milik redirected a cross at the far post for Napoli’s goal, finishing off a swift counterattack.

Roma ended with 10 men when Mert Çetin picked up his second yellow for a foul on Fernando Llorente. Milik’s ensuing free kick seven minutes into stoppage time was deflected over the goal.

Matthijs de Ligt scored the first goal of his Juventus career to help them beat Torino 1-0 in a derby.

The Netherlands international was set up by Gonzalo Higuain to score from close range in the 70th.

De Ligt became the most expensive defender in Serie A history when Juventus signed him from Ajax for 75 million euros ($85 million) in July.

Serie A leader Juventus remained one point ahead of Inter Milan, which beat Bologna 2-1.

Torino goalkeeper Salvatore Sirigu made some spectacular saves to keep the match tight.

Romelu Lukaku scored twice — including a penalty in added time — as Inter came back from a goal down at Bologna.

Lukaku became the first player since Ronaldo to score eight goals in his first 11 matches for Inter since the Brazil great achieved the feat in 1997 with nine scores. 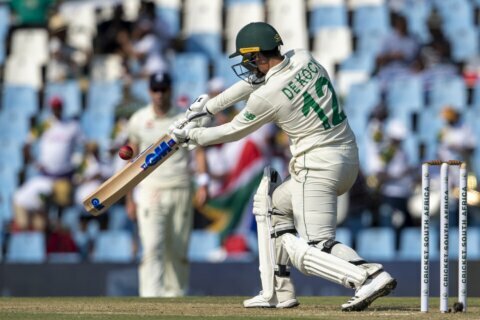 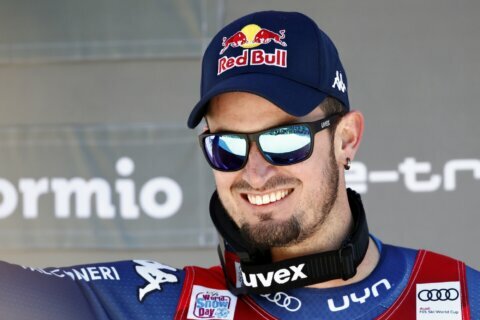 Super-G world champion Paris out for season with knee injury