Jermall Charlo to defend vs Hogan on Dec. 7 in Brooklyn

NEW YORK (AP) — Jermall Charlo will defend his version of the middleweight championship against Dennis Hogan on Dec. 7 at Barclays Center.

The bout for the WBC’s 160-pound belt was announced Thursday and will be televised by Showtime.

Charlo (29-0, 21 KOs) will be making his second defense of the title. The former 154-pound champion won a unanimous decision against Brandon Adams in June in his first bout since the WBC elevated him to its full middleweight champion.

Now it is Hogan (28-2-1, 7 KOs) who will be moving up in weight. The native of Ireland who now lives in Australia lost by majority decision to Jaime Munguia for a 154-pound title on April 13. 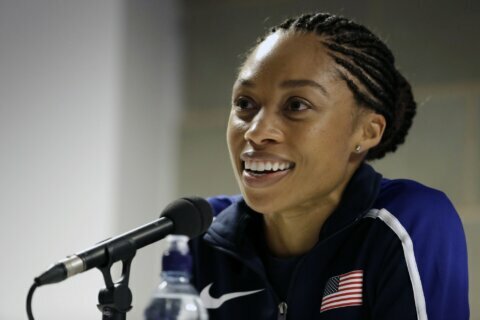