Code of Honor won a stretch duel with Tacitus and Mucho Gusto, holding off hard-luck Tacitus by three lengths to win the $1.25 million Travers Stakes on Saturday.

“I’ve been really excited all week, I’ve been excited about the way the horse was doing,” McGaughey said after his fourth win in the race and first in 21 years. “When he worked here on Monday, it was something to see. I wasn’t nervous. I was ready to get it on. Today, he put it all together.”

With jockey John Velazquez aboard, the chestnut son of Noble Mission covered the 1¼ miles in 2 minutes, 1.05 seconds and paid $10.80, $5.20 and $3.80 on a sunny day with temperatures in the mid-70s. The colt now has four wins, two seconds and a third in eight starts and nearly $2 million in earnings.

Code of Honor won the Grade 2 Fountain of Youth at Gulfstream in February and was third in the Grade 1 Florida Derby to set up a strong run in the Kentucky Derby, where he finished third before being moved to second when winner Maximum Security was disqualified for interference.

“I never had any doubts about distance as a problem, just him putting his mind to running,” Velazquez said. “When I got him out in the clear, he responded right away.”

Code of Honor was the second choice in the Travers at 4-1 after an impressive victory in the Dwyer at Belmont Park in his previous start in early July. Belmont Stakes runner-up Tacitus was the 5-2 morning line favorite.

Tacitus, wearing blinkers for the first time, had the lead in the back stretch before Mucho Gusto moved alongside at the half-mile pole and edged in front. At the top of the stretch they were challenged by Code of Honor, Owendale and Tax before Code of Honor slid past on the outside for the win.

Endorsed was fourth, followed by Owendale in fifth.

Tacitus trainer Bill Mott was looking for a breakout race for his gray colt, which stumbled out of the gate and nearly fell in finishing second to Tax in the Jim Dandy Stakes in July, a traditional prep race at Saratoga for the Travers. Instead, he finished second for the third straight time.

“Our horse was just there,” Mott said. “I had one eye on the winner and one eye on mine. It looked like there was a good chance we were going to outduel Mucho Gusto, but the winner, he rolled by pretty fast.”

The race was delayed for about five minutes while crews took down signs on the inner turf course after jockeys raised concerns the billboards might distract the horses.

“That was one thing I didn’t have to worry about,” McGaughey said with a chuckle.

McGaughey’s other wins in the Travers came with Coronado’s Quest in 1998, Rhythm in 1990, and Easy Goer in 1989. He said he wasn’t sure where Code of Honor would race next, as the Pennsylvania Derby looms in a month.

The 13-race card also featured five other Grade 1 stakes: Favored Mitole won the 40th running of the $600,000 Forego, taking the lead from pace-setting Promises Fulfilled and pulling away down the stretch from Firenze Fire by 3 ½ lengths for his fifth win in six starts this year and ninth overall in 12 starts for trainer Steve Asmussen; Come Dancing rallied from a slow start and powered to the front from the outside entering the stretch and captured the 41st running of the $500,000 Ballerina by 3 ½ lengths over Dawn the Destroyer; Mind Control, with Velazquez aboard, took the 35th running of the $500,000 Allen Jerkens, winning a stirring duel by a nose over Hog Creek Hustle and favored Shancelot, who was overtaken at the wire after gaining a two-length lead down the stretch; Midnight Bisou used a late charge to edge Elate by a nose at the wire and win the 72nd running of the $700,000 Personal Ensign; and Annals of Time, trained by Chad Brown, barely held off Sadler’s Joy to take the 45th running of the $850,000 Sword Dancer, a 1 ½-mile test on the turf. 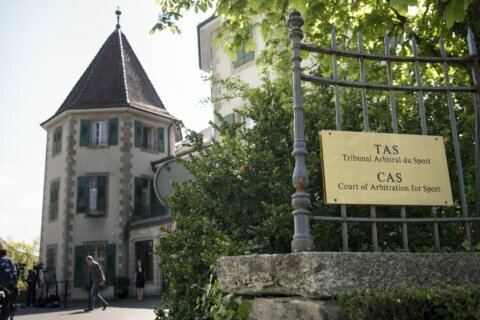 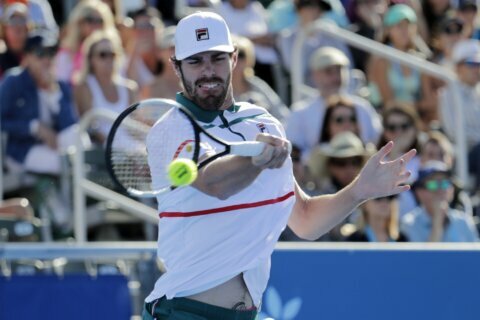