Wolverines are finding Omaha to be their home away from home

The Michigan baseball team is feeling right at home in Omaha and the state of Nebraska as its chases the program's first national title since 1962.
Listen now to WTOP News WTOP.com | Alexa | Google Home | WTOP App | 103.5 FM
(1/4) OMAHA, Neb. (AP) — The Michigan baseball team is feeling right at home in Omaha and the state of Nebraska as its chases the program’s first national title since 1962.

Some key moments on the Wolverines’ improbable journey occurred here even before the College World Series — like the losses in Lincoln that cost them the Big Ten regular-season title and the walk-off win in the conference tournament at TD Ameritrade Park that probably saved their spot in the national tournament.

Taking it a step further, the Wolverines spent part of Saturday lifting weights at Creighton. That’s right, the same facility and same weights used by the Creighton Bluejays — the team Michigan beat in its regional final.

When Michigan (49-20) opens the best-of-three CWS finals against No. 2 national seed Vanderbilt (57-11) on Monday night, it will be playing its ninth game at TD Ameritrade in 34 days.

“I think that’s a huge advantage,” coach Erik Bakich said. “And what we talked about is … not making this bigger than it is. TD Ameritrade, between the white lines is exactly the same.

“The difference between the Big Ten Tournament and the College World Series is the external — the crowd is full, there’s beach balls going everywhere. It’s noisy. It’s just a lot more uncontrollables and external things that are added to it. So if we can just stay centered and make it about baseball and just get back to focusing on how we play, then we’re going to have a lot of success as long as we stay loose. And the guys are doing a really, really good job of that.”

Michigan advanced to the finals with a 15-3 win over Texas Tech on Friday. The Wolverines are batting a CWS-best .276, their pitching staff has a 2.00 ERA with 25 strikeouts in 27 innings, and they are the only team that has played error-free. Senior walk-on first baseman Jimmy Kerr is batting .462 — best of anyone still playing — with two homers, a triple and a double.

“I feel like I handed the keys off and let someone else drive right now and I’m just a passenger,” Bakich said. “They’re taking a lot of us for a ride right now.”

The Wolverines appeared headed toward their first Big Ten regular-season title since 2008 until they lost five of their last seven regular-season games, including two of three 50 miles away in Lincoln against the Nebraska Cornhuskers.

They showed up three days later for the conference tournament at TD Ameritrade and lost their first game 2-1 to Ohio State. Facing elimination the next day, Jordan Nwogu delivered a two-out, two-run double in the bottom of the ninth inning to beat Illinois 5-4.

“We saw the end of our season right in front of us against Illinois in the Big Ten Tournament,” Kerr said. “We were down to our last strike. And I think that kind of made the whole team appreciate every single game that we’ve had together since then. That’s kind of the bigger picture.”

Michigan won a couple more games before being knocked out by Nebraska. The NCAA selection committee gave the Wolverines one of the last four at-large bids and sent them to Corvallis, Oregon, as a No. 3 regional seed.

They faced elimination there after Creighton used a seven-run ninth inning to beat them 11-7, but Michigan bounced back to beat the Bluejays 17-6 the next night to advance. Then they went to Los Angeles and knocked off No. 1 national seed UCLA in super regionals before returning home, er, to Omaha for the CWS.

The Wolverines will be in town at least through Tuesday. No worries. They know the best places to eat and the best entertainment options.

“I feel like we’ve had a chance to go everywhere in Omaha,” Nwogu said. 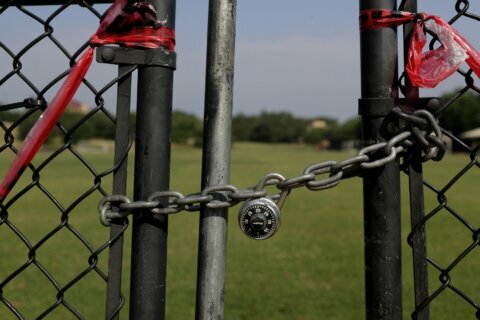 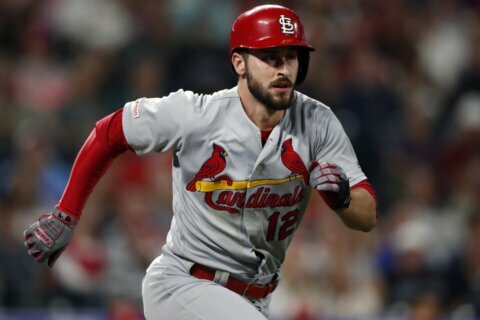