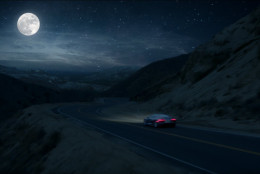 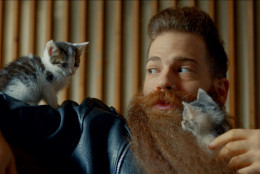 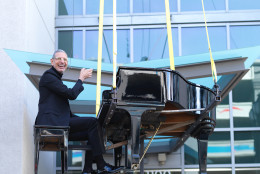 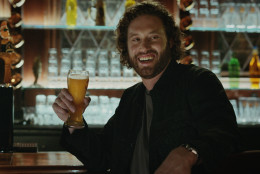 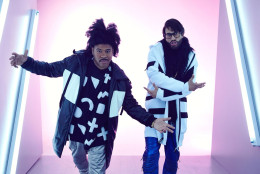 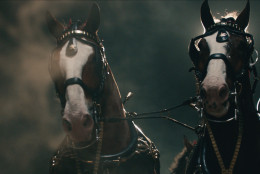 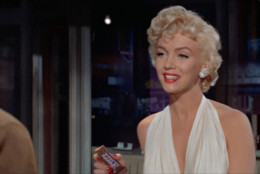 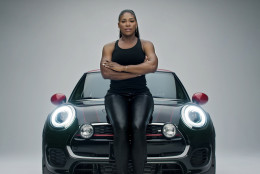 NEW YORK (AP) — The Denver Broncos defeated the Carolina Panthers during Super Bowl 50 — and there were clear winners and losers off the field, too.

Advertisers pulled out all the stops to woo the 114 million-plus viewers during the Big Game. With 30-second ads costing up $5 million, it’s a huge gamble to advertise during the game. Here are the winners whose gamble paid off, and losers who dropped the ball.

In Audi’s spot, a depressed aging astronaut is reminded of his joy for life by driving an Audi sports car with his son to David Bowie’s “Starman.” Super Bowl watcher Raj Nijjer, from Scottsdale, Ariz., said the ad went over well at the bar where he was watching the game. “Every guy in the bar had a smile on their face,” he said.

Axe left previously juvenile ads behind with a spot that urged teens to “Find Your Magic” and celebrate uniqueness and diversity rather than the traditional tropes of masculinity.

The two comedians try to bring people together by promoting things everyone can agree on, like Rudd and beer.

Anheuser-Busch spent millions of dollars for the ad, one of four commercials the brewer ran this year — one in each quarter.

Anheuser-Busch’s ad during the first quarter was for Michelob Ultra — that was the one that featured athletes breathing deeply.

Budweiser disappointed some by retiring the puppies it featured in ads the past three years, but Heinz picked up the slack. Its ad showed dachshunds dressed like hot dogs frolicking in a field to the tune of Harry Nilsson’s “Without You.”

Love it or hate it, Mountain Dew’s bizarre ad showing a creature that was part puppy, part monkey and part baby was one of the most talked about spots of the evening.

The nightmare creature combined the head of a puppy, the torso of a monkey and the diaper-wearing bottom of a baby and already has its own parody Twitter account, which notes it is not “associated with whatever the hell that Puppy Monkey Baby was supposed to be advertising.” It lists its location as “Hell,” so it likely is not run by PepsiCo’s social media team.

“I am a crime against nature. Why would someone create me just to sell soda? Please let me die,” it tweeted.

Once you remember that Kickstart is marketed toward younger men, the ad might make a little more sense. According to its website, the drinks are 5 percent juice, with a 12-ounce can containing 60 calories.

Three pharmaceutical ads struck a jarring tone with viewers. One promoted an anti-diarrhea medication Xifaxan and showed a small-intestines mascot trying to watch a football game. Another sought to raise awareness about “opioid-induced constipation.” A third tackled toe fungus.

“Wrong place. Wrong time. Wrong subject,” Kelly O’Keefe, a marketing professor at Virginia Commonwealth University, said of the constipation ad, which featured a man eyeing prunes in a store window and envying another man who went in a public bathroom with ease.

The Zifaxan ad was more cerebral; in it, a cartoon pile of pink intestines travels to a big football game, only to face a sudden urge to, well, go. With a drug called Xiafaxan, the idea is that pile of guts can cheer from the stands without unwanted interruptions.

While it may not have had the cachet of the lower bowel, fans of medical-condition ads will be happy to know that the Jublia toenail-fungus mascot also made an appearance in the fourth quarter.

In first-time advertiser Henkel’s commercial for its Persil ProClean detergent, a tuxedoed spokesman told us that Persil ProClean beat rival detergents in a test — a generic-feeling ad people have seen many, many times before.

Does Quicken Loans remember the financial crisis? The game hadn’t even started, and the ad had already ruffled feathers on Twitter.

First-time advertiser Quicken Loans touts the simplicity of getting its “Rocket Mortgage” on a mobile phone, comparing it to buying music or airplane tickets.

A narrator paints a scenario where a “tidal wave of ownership floods the country with new homeowners, who now must own other things.” Then she asks, “Isn’t that the power of America itself?”

It’s one of those ads where convenience blends seamlessly into unabashed consumerism that struck some viewers as tone-deaf after the housing bubble.

The spot ends with the words “Push Button Get Mortgage” flashing on the screen.

Including WTC is powerful & subject to debate. But Am. Hist. is full of tragedies & triumphs. It made us who we are today. We must remember.

BUDWEISER
For its fourth and final ad of the night, Anheuser-Busch bet that Americans still love being scolded by the British.

The ad showed actress Helen Mirren admonishing people who might think about drinking and driving. She called anyone who’d drive drunk “short sighted” ”utterly useless” and “oxygen wasting” — just in time for the trip home for anyone watching the game from a sports bar.

She then raised a bottle of Budweiser to drink.

Anheuser-Busch pulled out all the stops with celebrities this year. An earlier ad featured Amy Schumer, Seth Rogen and Paul Rudd.

DOMESTIC VIOLENCE
For the second year in a row, an NFL-sponsored Super Bowl ad has focused on ending domestic violence. The NFL donated airtime for the spot from No More, an advocacy group that works to combat domestic violence and sexual assault.

The ad’s timing may raise eyebrows. On Friday, Dallas police said they’re launching a criminal investigation into a domestic-violence assault complaint filed against Cleveland Browns quarterback Johnny Manziel. The NFL said it has reached out to Manziel’s family offering help.

Last year’s ad followed the NFL’s suspension (later overturned) of running back Ray Rice for punching his then-fiance in a casino elevator. That ad featured a woman pretending to order a pizza while calling the police with her attacker still in the house.

COKE
How many Cokes does the Hulk need to quench his thirst? Apparently a dainty mini-can will do the trick.

The surprise ad featured the green superhero leaping off buildings and chasing Ant-Man (played by Paul Rudd) through city streets for a mini-Coke.

The ad reflects Coke’s rejiggered strategy of focusing on smaller cans and bottles. The idea is that they’re marketed as more premium products than 20-ounce bottles — and fetch more money per ounce.

Coke says the focus on smaller sizes also dovetails with the trend of Americans cutting back on soda, as sugary drinks coming under fire from health advocates.

Super Bowl advertisers turned to a mix of tried-and-true crowd pleasers for the game’s 50th anniversary.

With a 30-second spot costing an estimate $5 million, many advertisers skipped the crass humor to play it relatively safe. Uplifting messages and “cause advertising” also gave this year’s ads a more grown-up feel. Taco Bell, Chrysler and Coke did not release their ads in advance instead opting to make theirs a surprise. 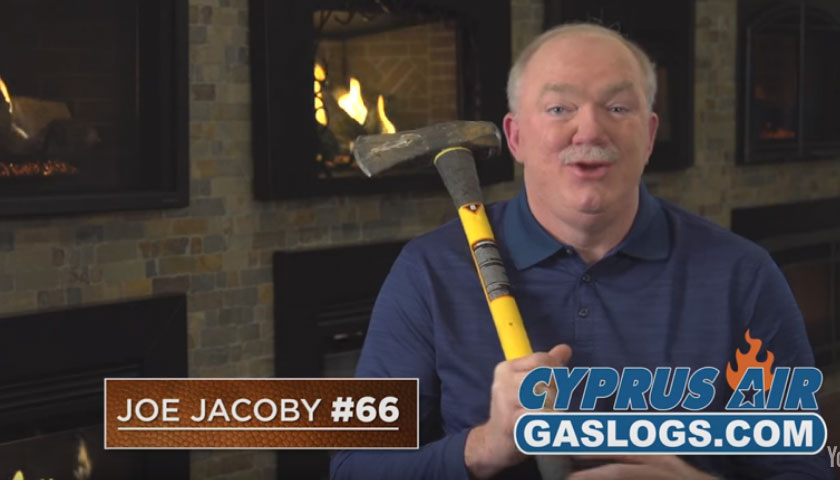