Paying off technical debt for successful IT modernization

Technical debt—the manual tasks of maintaining and operating outdated IT—can be the biggest obstacle to IT modernization. Paying off that debt through automation frees your agency to succeed.
Listen now to WTOP News WTOP.com | Alexa | Google Home | WTOP App | 103.5 FM

The government’s digital transformation calls for moving workloads into public clouds to more efficiently deliver citizen services. But many agencies are saddled with a burden of technical debt from legacy systems that is an obstacle to successful IT modernization.

“The existence of a legacy system is not in itself a bad thing,” said Jamie Duncan, senior cloud architect at Red Hat. The technical debt is in the manual processes surrounding it; “the stuff you have to do just to keep the lights on.”

Legacy IT consumes a disproportionate amount of resources. The Pareto principle—or the 80/20 rule—suggests that 80 percent of overhead will be consumed by 20 percent of IT systems. This was born out in a 2016 House hearing that found that the federal government spent more than 75 percent of its IT budget for fiscal 2015 on operating and maintaining legacy equipment, a figure that has not improved since. Money, time and manpower that are devoted to these repetitive manual processes are unavailable for other efforts, and this crippling debt can impact agency performance and jeopardize the success of IT modernization.

The key to successful modernization is paying off technical debt by automating outdated workflows and processes before moving to the cloud.

Agencies can pay down their technical debt, and improve operations, reduce costs, and simplify management, by focusing on the systems generating the bulk of manual work. Tools such as Red Hat Ansible Tower, an open source automation solution, allows agencies to enable IT automation on an enterprise scale, freeing them to succeed.

Automating processes before moving workflows to a public cloud reduces the burden of maintenance and management tasks that cannot be centrally controlled and are not visible throughout the network architecture. Addressing these problems early frees technicians and engineers with specialized skills concentrate on meaningful IT modernization.

Unfortunately, the federal contracting environment provides few incentives for fixing these kinds of problems. Contract language focuses on future goals rather than solving problems created in past programs. This environment is beginning to  change, however, with contracts that provide for the automation of existing processes in order to make modernization practical.

This cannot take place in a vacuum. Effective automation, which does not merely kick the technical debt down the road, should provide centralized management and visibility across the network. When automating an existing workflow or creating new workflows for the datacenter or public cloud, agencies must include all four components of modern applications and infrastructure:

Leaving out any of these components in the automation process only trades one form of technical debt for another that will eventually have to be paid for. “At the end of the day you have to pay the piper,” Duncan said.

The entire debt does not have to be eliminated in a single effort. Employing a solution that is repeatable and can be used by every component of the IT organization allows the agency to pay off its debt in manageable increments without creating new debt.

When automating a process, agencies must use tooling that allows the processes to evolve with their IT infrastructures and missions. This will not require them to solve the problem again later. Red Hat Ansible Tower is the industry standard for automation tooling, helping agencies scale IT automation, manage complex deployments and speed productivity. It provides an enterprise-ready approach to the definition, provisioning and management of complex deployments.

“Ansible is a language, first and foremost,” Duncan said. It is human readable so that playbooks—the collection of tasks describing the build-out and deployment of infrastructure elements—are easy to understand and all components of the IT organization can use the same language.

Ansible Tower helps manage the entire IT infrastructure, no matter how complex. No network is entirely Linux or Windows, and there are also networking systems, security and other elements that have to be included in automation processes. Ansible works with Windows, Linux and more than 60 networking platforms, as well as security implementations and hardening. It is “a lingua franca for automating the data center,” Duncan said.

And because it is Red Hat, Ansible is open source, with a vibrant development community that has developed more than 2,000 modules that are available to create playbooks.

“Leveraging tools such as Ansible, we can pay off the technical debt,” Duncan said. To learn more about Red Hat Ansible, visit https://www.redhat.com/en/engage/alleviate-technical-debt-20170718. 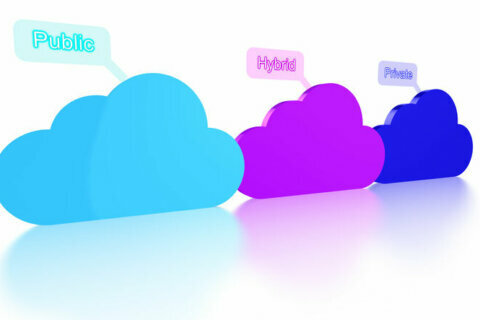 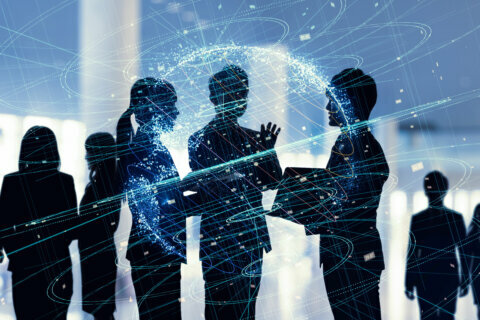