TOKYO (AP) — With calls for a cancellation mounting, pressure is building on Japanese organizers and the IOC to explain exactly how they plan to hold the Tokyo Olympics in the midst of a pandemic.

The International Olympic Committee and the local organizers are expected to roll out “Playbooks” next week that are to provide step-by-step details about how athletes and thousands of others will get safely in and out of Tokyo.

Both the organizers and the IOC have been vague for months, opening the door to speculation about a cancellation, or another postponement. Some in the Japanese medical community are voicing alarm, fearful that hospitals — already struggling with local patients — will be overwhelmed when the Olympics open on July 23. The Paralympics follow on Aug. 24.

Tokyo and Japan have seen a virus surge in the last few months, and much of the country is under an emergency order. Japan has attributed just over 5,000 deaths to COVID-19 and has controlled the virus much better than most countries.

Q: So what are the “Playbooks” and how will they work?

A: They are guidebooks that will be aimed at athletes and others — sponsors, officials, media and broadcasters — to explain about entering Japan for the Olympics. Rules could call for self-quarantines before leaving the home country. For certain, a negative test will be needed before getting on the plane. There will be more testing upon arrival in Japan, transportation in designated vehicles, and more daily testing in the Athletes Village, which — like the venues — will be turned into a “bubble.” The rule books will be updated three times, adding new information as organizers learn more.

Q: Why are organizers confident they can hold the Olympics and Paralympics?

A: Craig Spence, a spokesman for the International Paralympic Committee, listed four reasons: 1) Unlike 10 months ago, scientists know much more about the virus; 2) sports and health officials have learned how to hold sports events during the pandemic; 3) vaccines are now available; 4) the Olympics and Paralympics don’t open for six months, time for the virus surge to ease entering the northern hemisphere summer.

“We totally understand the pressure the health care system is under now,” Spence told The Associated Press. “But come the summer, that should not be the case because case numbers should fall.

“If you are an athlete or a stakeholder, you will not be able to get on a plane until you provide a negative test,” Spence added. “When you see the number of tests we are going to do (on site), that should reassure people.”

Q: What about fans? Will there be any? Any from abroad?

A: Olympic Minister Seiko Hashimoto told a parliamentary session on Tuesday that the decision will be announced “by the spring.” Indoor venues are likely to have fewer fans — if any — than outdoor stadiums. And it appears increasingly unlikely that fans from abroad can attend. Fewer fans means more costs for Japan. The local organizing committee expected to received $800 million from ticket sales. Any shortfall will have to be made up by Japanese government entities.

Q: What about vaccines? Will they be required to enter Japan?

A: This is a delicate area. Bach has encouraged all “participants” to be vaccinated, but says it will not be required. The IOC and other sports bodies are being warned that young, healthy athletes should not be prioritized ahead of the vulnerable and health care workers. IOC member Dick Pound of Canada got strong push back recently when he suggested the “most realistic way of going ahead” was prioritizing athletes. Dr. Michael Ryan, the executive director of the World Health Organization, has called the Olympics a “wonderful symbol” but adds “we have to face the realities of what we face now — there is not enough vaccine right now to even serve those who are most at risk.”

Spence, the IPC spokesman, said some teams had already been vaccinated. He did not name them.

Q: How is the Japanese medical community and scientific community reacting to the prospect of having the Olympics?

A: There’s a lot of open skepticism. A few days ago, the president of the Japan Medical Association sounded a warning when he was asked about the Olympics and possible patients from abroad.

“Many people will come from abroad, and it’s a huge number, even with just the athletes,” Dr. Toshio Nakagawa said. “In this situation, if coronavirus patients appear among them as a collapse of the medical system is happening and is spreading, it will not be possible to accept them. … Unless a miracle happens, such as the vaccine rollout suddenly succeeding, or a cure is suddenly found, we are not able to accept more patients.”

With new cases surging, Tokyo and other parts of Japan have been under a voluntary emergency order since early January. It is to end on Feb. 7.

“Right now, a situation that can be called the collapse of the medical system has happened in various places, especially in areas where a state of emergency has been declared, and it is becoming a daily reality,” Nakagawa said. “If things continue, we may have to do triage, and choose which life has priority over another.”

Q: The Olympics have been canceled five times — all during wartime. Why are officials pressing ahead amid the pandemic?

A: The last cancellations were in 1944. That was before much money was at stake. The IOC is now a commercial, wealthy sports business that relies on selling broadcast rights for almost 75% of its income. Another 18% is from sponsors. The IOC has only two major products to sell — the Summer and Winter Olympics.

Estimates suggest Tokyo is worth $2 billion-$3 billion in broadcast payments to the IOC. It has a reserve fund but must have the TV money. In addition, Japan has spent at least $25 billion to prepare. Lastly, China is to hold the Beijing Winter Olympics just six months after Tokyo ends. Japanese politicians don’t want to fail and cede the stage of China. 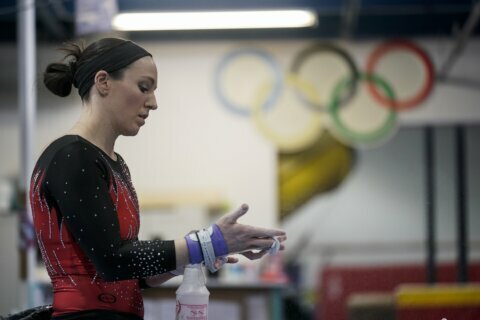 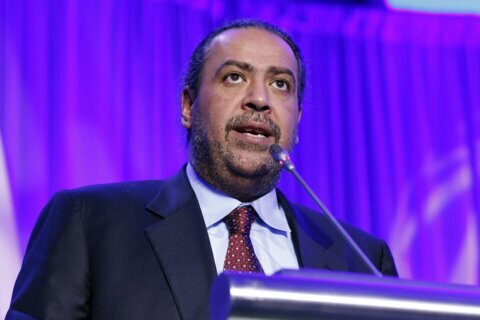 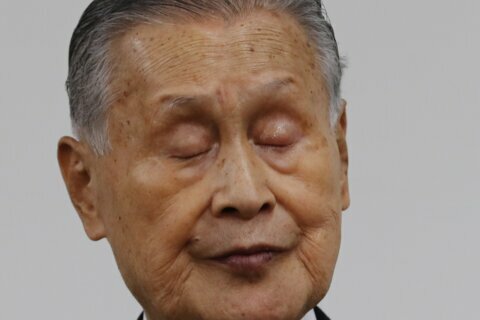 Mori is gone but gender issues remain for Tokyo Olympics