USA Basketball is ready to ramp up its 3-on-3 play to try and qualify for next summer's Olympics.
Listen now to WTOP News WTOP.com | Alexa | Google Home | WTOP App | 103.5 FM

NEW YORK (AP) — USA Basketball is ready to ramp up its 3-on-3 play to try and qualify for next summer’s Olympics.

The Americans, who have dominated international basketball by using NBA and WNBA players, are looking to have similar success in the Olympics’ newest basketball discipline that is debuting next year in Tokyo.

First they’ll have to qualify — and don’t count on a LeBron James or Kevin Durant to help. The NBA may have the best players in the world, but the qualification process makes it doubtful any of them could compete even if they wanted to try.

“I think FIBA’s vision is that 3-on-3 is for the new generation of player,” USA Basketball CEO Jim Tooley said. “It’s unlikely a pro athlete, given the qualification schedule, will earn enough points. This brings the sport to people who never had a chance to have a pathway to the Olympic Games.”

Qualifying as a country is based on a point system, which can be earned by playing in FIBA-sanctioned tournaments around the world. The top three point-earning countries by Nov. 1 will automatically qualify for Tokyo. The U.S. men are currently ranked eighth and the American women are 33rd. If the Americans aren’t in the top three by that date, there will be a last-chance tournament held next spring for the final few spots.

Only seven teams per gender will join Japan in the Olympics.

USA Basketball has formed a partnership with Red Bull to run over 20 tournaments around the country this summer to help the Americans qualify. The first tournament will be in Detroit on June 22.

“USA Basketball has a rich tradition of success on the court, and Red Bull has a legacy in progressing sports and engaging fans, so this partnership is a perfect pairing,” Tooley said. “Both organizations are synonymous with athletes, groundbreaking events, creative projects and content, and USA Basketball is thrilled to collaborate in this unprecedented partnership to take 3-on-3 basketball to new heights.”

Despite its history of success at the 5-on-5 level, the U.S. has struggled just to get teams into the big events in the newer version.

Serbia has dominated the men’s FIBA World Cup tournament that began in 2012, winning four gold medals. The Americans won the silver medal in 2016 after finishing 14th in 2014. They didn’t qualify for the 2018 tournament, but did lock up a spot for this year’s event. USA Basketball is hosting a tournament in Las Vegas this weekend to determine which men will be on that team.

The women won gold medals in 2012 and 2014 before settling for the bronze in 2016. The American women finished fifth in 2018 after not qualifying in 2017. They didn’t qualify for this year’s World Cup, either.

“There’s a lot that evens the playing field,” Tooley said, explaining why the Americans haven’t dominated 3-on-3.

If the U.S. teams do qualify, a selection committee will determine which four players will represent the team at the Olympics. However, two of the players on the team will have to be ranked in the top 10 in the country in points earned. The other two must be in the top 50 overall for the country. Those points are earned by playing in FIBA tournaments and playing in higher-level tournaments to earn a player more points.

Damon Huffman, who played at Brown from 2004-08, is the top-ranked American at No. 21 in the world. He’s part of a team called “Princeton” that plays in FIBA tournaments around the globe that has helped the U.S. earn qualifying points.

The U.S. women currently have no one ranked in the top 250 overall.

The 3-on-3 rules are made for up-tempo competition. There’s one 10-minute period, making 3-on-3 a lot quicker than its 5-on-5 counterpart. A game can end even sooner if a team scores 21 points in less than 10 minutes. If the game is tied after 10 minutes, it goes into overtime, where the first team scoring two points wins. There’s also a 12-second shot clock.

Those rules make a big difference in limiting the Americans’ depth, which they have used to overwhelm opponents in traditional Olympic basketball games. The FIBA rules are also very different than the Big3 league of former NBA players that Ice Cube co-founded in 2017, so even Americans currently playing 3-on-3 professionally wouldn’t have a natural adjustment to the Olympic version. 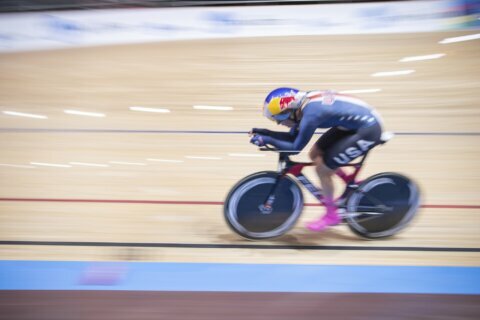 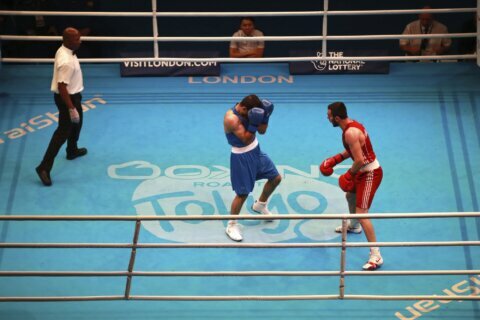 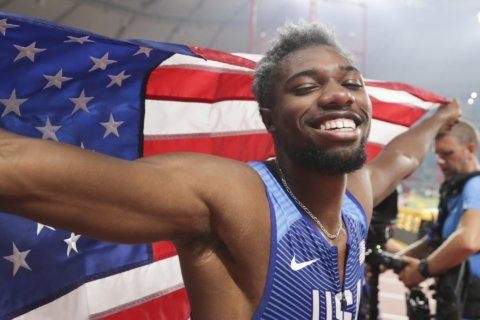