Coyle gets OT winner as Bruins rally past Sabres, 4-3

BOSTON (AP) — Charlie Coyle scored on a wrist shot from the slot 34 seconds into overtime and Boston completed a 4-3 comeback victory over the Buffalo Sabres on Saturday in the Bruins’ first game in 16 days.

Playing for the first time since Dec. 16 after six of their games were postponed due to the NHL’s COVID-19 protocols and holiday break, the Bruins erased a 3-1 deficit when Nick Foligno and Taylor Hall scored early in the third period.

“We were in kind of a rut there,” Ullmark said of Boston falling behind. “But as the game went on, we got better and better.”

Jeff Skinner and Vinnie Hinostroza both returned from COVID-19 protocols and each had a goal for Buffalo. Alex Tuch added a power-play score and Ukko-Pekka Luukkonen made 37 saves for the Sabres, who have lost their last three games. Buffalo has dropped 10 of its last 11 against Boston (1-9-1).

Also returning from protocols and back behind the bench was Sabres coach Don Granato.

“We had a lot of guys come up good tonight,” he said, mentioning both Skinner and Hinostroza. “We have a lot of frustration, but a lot of things on the good side.”

Trailing 3-1, Foligno lifted a backhander over Luukkonen for his first goal of the season. He looked toward the ceiling in jubilation after scoring.

“It felt great,” Foligno said. “It felt nice to be able to reward the guys with a goal. … To be honest with you, I used that break that we had to reset the mind.”

Former Sabre Hall tied it with a wrister from the slot.

Skinner rushed in for a rebound and slipped it by Ullmark’s glove, giving Buffalo a 2-1 lead midway through the second period. Tuch’s first goal of the season made it 3-1 in the closing minute of the second, sending the Bruins to the dressing room at the end of the period to a smattering of boos.

Buffalo kept Boston off the scoreboard despite committing a penalty in the opening minute of the first and second periods until Smith tied it by knocking in a rebound as he was falling to the ice.

“He made shooters look like they had to work harder,” Granato said of Luukkonen.

Boston coach Bruce Cassidy said his team was rejuvenated with the entire roster finally together after Coyle, the last player in protocols, returned to practice on Friday.

“With COVID taking you out, you’re a little more appreciative of what you have,” he said before the game. “I think there’s a little more excitement with the group being together for the first time since training camp.”

Cassidy moved up Smith to the first line and dropped David Pastrnak to the second.

“If it’s not working, we’ll move some pieces around,” Cassidy said in the morning.

Afterward he said: “When you get results, obviously you feel you made the right decision.”

NOTES: The Sabres reassigned defenseman Oskari Laaksonen and forwards Brandon Biro, JJ Peterka and Arttu Ruotsalainen to their AHL affiliate. … Boston has 16 games scheduled this month, 10 at home. … The Bruins won the first two meetings between the teams this season by a combined score of 9-2. Their final regular-season matchup is scheduled for April 28 in Boston. … Fourteen years ago, the Sabres hosted Pittsburgh in the inaugural Winter Classic at the home of the Buffalo Bills.

Bruins: Play at Detroit on Sunday. 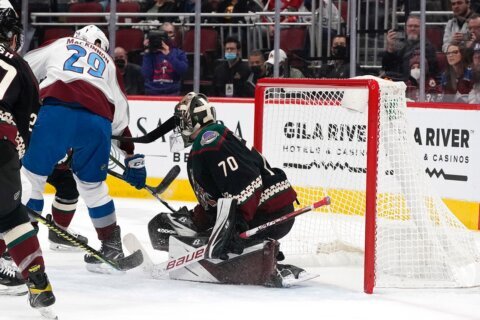 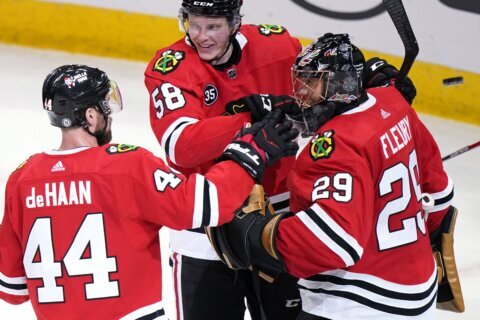