Stastny scored twice and added an assist, Ehlers had a goal and three assists, and Scheifele had a goal and assist to help the Jets end a three-game winless streak and improve to 14-11-5.

“It was a big game,” Stastny said. “It was a big win for us. It was something we needed big time, confidence-wise for the morale and everything. It’s nice that Dave got his first win as well.”

Connor Hellebuyck made 26 saves for Winnipeg, the only Canadian team playing Sunday because of COVID-19 postponements for Ottawa, Toronto and Vancouver.

It was the second game behind the bench for Lowry. He took over for the rest of the season after Paul Maurice resigned Friday.

“It wasn’t our best defensive effort,” Blues forward Ryan O’Reilly said. “We kind of got caught on our heels a little bit too much tonight. Give them credit, they came super aggressive.”

The game was the last for a while for Winnipeg and St. Louis, after the NHL announced Sunday that teams can’t cross the border to play starting Monday through the beginning of the holiday break because of rising COVID-19 cases. Games will be postponed and rescheduled.

Winnipeg’s Tuesday game in Nashville had already been postponed, but now a Dallas contest the next day follows suit. St. Louis now won’t be playing in Ottawa on Tuesday or Toronto on Thursday.

“You could see it coming kind of,” Scheifele said. “We weren’t really sure, so obviously we know now and waiting to see what all transpires. We’ll keep rolling with the punches.” 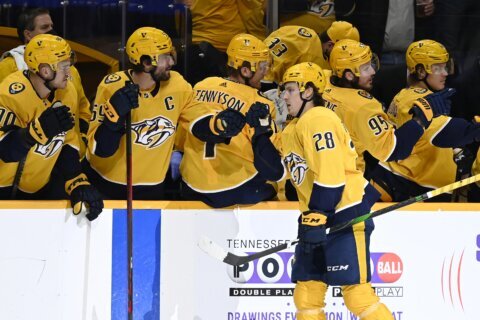 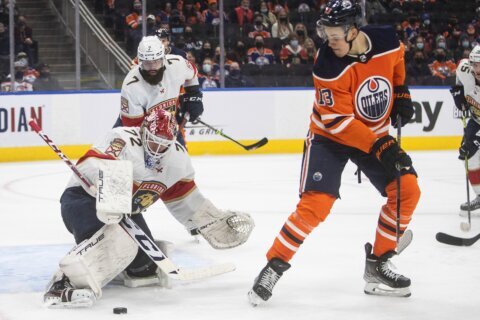 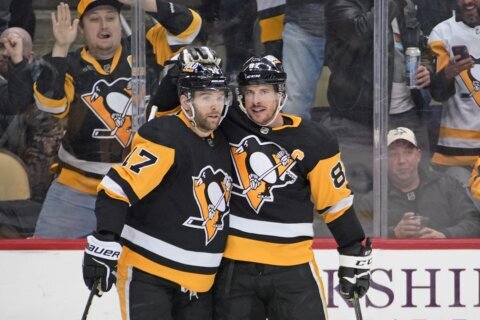