RALEIGH, N.C. (AP) — Brendan Smith scored his first goal of the season with 2:57 remaining as the Carolina Hurricanes beat the St. Louis Blues 3-2 on Saturday night.

Brady Skjei and Sebastian Aho also scored for the Hurricanes, who avoided a second straight loss after holding a lead in third period. Andrei Svechnikov and Tony DeAngelo both had two assists. Alex Lyon had 27 saves in his Carolina debut.

Smith and Lyon are aiming to make good impressions as Hurricanes newcomers.

Smith, a defenseman, was in his fourth game with the team after he signed in the offseason as a free agent.

“Anytime you score your first with a franchise, it’s real exciting,” Smith said. “It’s a moment that I’m never going to forget.”

Carolina lost two of its previous three games – the lone setbacks of its season. That included failing to protect a one-goal lead Friday night against Philadelphia.

“I thought we did better tonight in getting back to our game right away after (it was tied),” Hurricanes coach Rod Brind’Amour said.

Pavel Buchnevich and Vladimir Tarasenko scored for the Blues. Joel Hofer, playing in his second NHL game, had 21 saves and suffered his first loss.

Tarasenko tied it 2-2 as he got his own rebound in front and slipped the puck past Lyon 48 seconds into the third period.

The Blues won their other four games this season when the opponent scored first. But being in those situations isn’t ideal.

“No matter who we’re playing, it’s up to us to bring the energy each and every night,” Blues center Ryan O’Reilly said.

The Hurricanes scored 75 seconds into the game when Skjei scored his first of the season. That tied for the fastest goal at the beginning of a game for Carolina this season.

Aho doubled the Hurricanes’ lead with a power-play goal at 3:44 of the second.

Buchnevich knocked in a rebound with 1 second left on a St. Louis power play with 7 1/2 minutes left in the middle period to pull the Blues to 2-1.

This outcome broke a trend for the Blues of alternating wins and losses in their past eight games. There wasn’t enough execution at the offensive end, particularly with the score tied in the third period.

“In the end, we’ve got to find a way to get three goals,” St. Louis coach Craig Berube said.

Lyon became the third goalie used this season by the Hurricanes. All three of them are in their first seasons with the Carolina franchise.

“We’re not sure what we’re getting,” Brind’Amour said. “He hasn’t played yet for us. There’s a lot going on for him.”

Lyon followed Frederik Andersen, who’s 9-2-0, and Antti Raanta, who’s 1-0-0 in two outings, in the crease for the Hurricanes. Raanta has been out with an injury since last Saturday.

Blues defenseman Justin Faulk played his first game in Raleigh as a member of the opposing team. He was drafted by Carolina in 2010 and played in 559 games for the Hurricanes before a September 2019 trade. He was a Hurricanes co-captain – sharing that distinction with current captain Jordan Staal in 2017-18 — and All-Star, while holding the franchise record for goals among defensemen with 85.

Faulk was about a week away from returning in March 2020 when the Blues were slated to visit. Instead, the pandemic shutdown the season at that point.

Hurricanes: At Vegas on Tuesday night to start a six-game road trip. 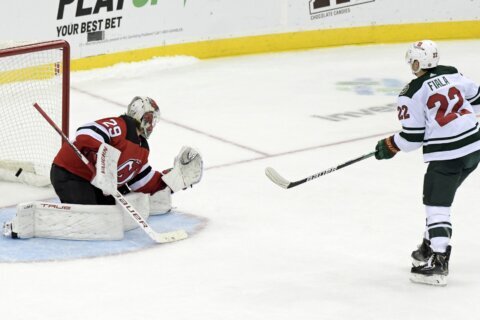 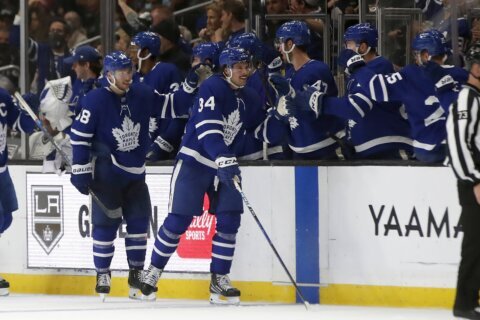 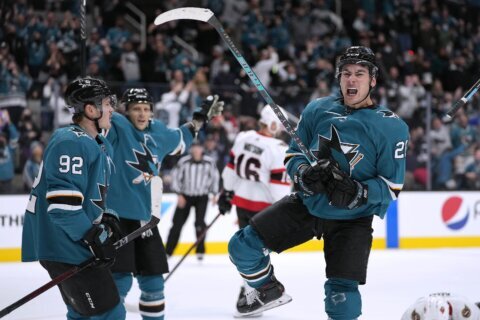