DETROIT (AP) — Ondrej Palat scored with 2:17 left in overtime, lifting the Tampa Bay Lightning to a 7-6 comeback victory over the Detroit Red Wings on Thursday night.

Tampa Bay came back from each time, including late in the third period when Ross Colton, Nikita Kucherov and Alex Killorn scored in a four-minute span to make it 6-all.

“Whoever had Tampa Bay Lightning money line down 6-3, he’s probably pretty happy right,” said Steven Stamkos, who scored twice in the six-goal second period. “I don’t know how to explain that one. That was a weird game.”

The two-time defending Stanley Cup champions, who were routed 6-2 in their opener by Pittsburgh, rallied to avoid opening a season with two losses for the first time since 2009.

“There’s a little bit of a winning pedigree in that locker room and, they’ve shown that fight before,” coach Jon Cooper said. “It’s just sort game, especially after our performance on opening night, that it was paramount that we’ve had to come away with points in this game.”

Detroit sold out its home opener and gave its fans plenty of reason to cheer — until the collapse — and perhaps to be optimistic about a team that hasn’t earned a spot in the playoffs since 2016.

“The fans were amazing and it almost felt like a playoff again,” said Bertuzzi, who was limited to just nine games last season because of a back injury. “It was just good to be out there again.”

Red Wings captain Dylan Larkin scored the game’s first goal early in the first period. Larkin’s night ended midway through the second period with a match penalty for retaliating to Mathieu Joseph’s check from behind into the boards by punching him in the face.

“Obviously, he’s mad about you know the borderline hit there, but there’s different ways to go about it,” Stamkos said. “You can grab a guy and then punch him in the face. But it’s just an unsuspecting guy, it’s a sucker punch.”

After Bertuzzi’s hat trick gave Detroit a three-goal lead in the second, Stamkos scored twice in the period to cut Tampa Bay’s deficit to 4-3.

Bertuzzi scored his fourth goal early in the third and Vladislav Namestnikov had a goal midway through the period to give the Red Wings a three-goal cushion that wasn’t large enough.

“If you give them space, they are going to create offensive opportunities,” Bertuzzi said. “We gave them too many chances.”

The Red Wings rolled out the red carpet on the ice to welcome back former captains, including Hall of Famer Nicklas Lidstrom and former Michigan coach Red Berenson, in a pregame ceremony to recognized Larkin for being named captain last year.

NOTES: Bertuzzi has chosen not to get vaccinated, calling it a personal choice, and doesn’t plan to change his stance. The NHL and NHL Players’ Association haven’t mandated vaccines for players, but those who do not get the shot, or shots, will not be able to cross the border from the U.S. into Canada without a two-week quarantine. … Vasilevskiy is 13-0 in the regular season against the Red Wings.

Lightning: At Washington on Saturday night. 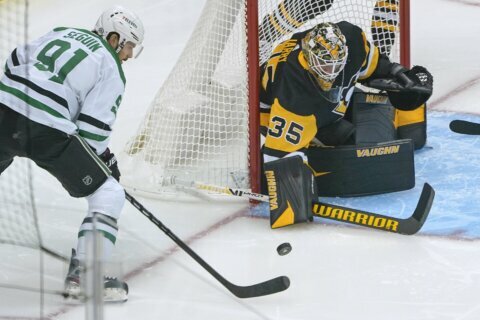 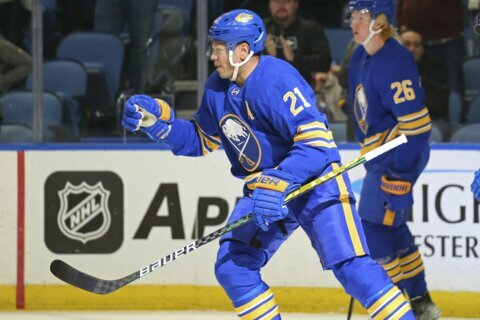 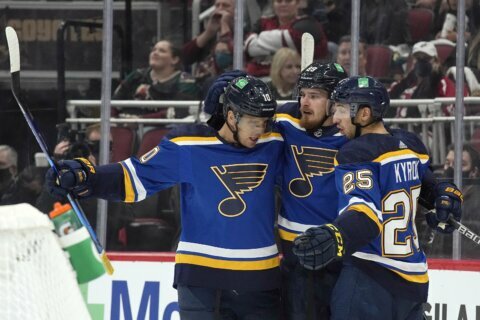