TAMPA, Fla. (AP) — Erik Cernak was one of the most unlikely players to score the first goal of the…
Listen now to WTOP News WTOP.com | Alexa | Google Home | WTOP App | 103.5 FM

TAMPA, Fla. (AP) — Erik Cernak was one of the most unlikely players to score the first goal of the Stanley Cup Final.

But that is what the Tampa Bay defenseman did in the Lightning’s 5-1 win Monday night over the Montreal Canadiens in a game that featured unexpected and fluky goals as the defending champions moved closer to another title.

Cernak, playing in his 46th playoff game, beat Carey Price from the slot off a pass from Ondrej Palat at 6:19 of the opening period.

The second Lightning goal started a trend of pucks going into the net off bodies and gloves, due in part to all the traffic in front of the goalies.

Yanni Gourde was positioned in the low crease when Blake Coleman’s shot went off him for a 2-0 lead at 5:47 of the second.

“I mean, we know he’s a really good goalie,” Cernak said. “One of the best in the NHL, so when he sees the puck from the distance, we know he can catch the puck, so we always have to be in front of him and take his eyes away and try to make some traffic in front of him.”

Canadiens defenseman Ben Chiarot, another unlikely goal scorer, played a role in a pair of unique goals. One good, and the another ugly.

Chiarot scored his first career playoff goal, pulling Montreal within 2-1, on a shot that deflected off Lightning defenseman Mikhail Sergachev, eventually making it through Andrei Vasilevskiy at 17:40 of the period.

“Once we settled into the second period, I thought we got our game going a little bit better,” Chiarot said. “I thought we were going better and then a couple of bad bounces maybe didn’t go our way tonight.”

Kucherov, however, made it 3-1 early in the third period with a goal that Chiarot tried to bat down with his hand before it wound up in the net

“Not much I had to do there, just try to throw it at the net and see what happens there and fortunately a lucky bounce for us.” Kucherov said. “But I think that’s something we just need to do more, is throw the puck at the net.”

“The positive is we didn’t play our best game,” Richardson said. “We know we can get better. I think they’re always a team that plays well and definitely creates off mistakes that you make. So by us playing better, and managing the puck better and maybe limiting those mistakes and creating a little bit more ourselves,” 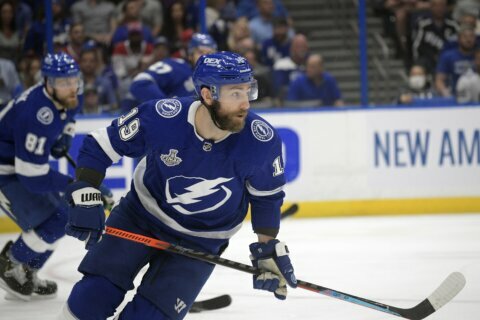 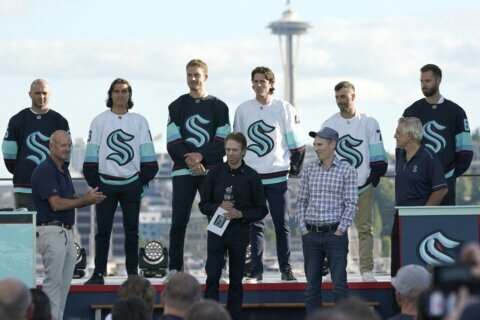