VANCOUVER, British Columbia (AP) — The Vancouver Canucks are recovering from the NHL’s worst COVID-19 outbreak and believe they can complete the pandemic-condensed season.

An outbreak has ripped through the team over the past week and a half with 25 people — 21 players and four members of the coaching staff — testing positive, and one additional player being deemed a close contact.

General manager Jim Benning said Friday many of the players are feeling better.

“I think our players, for the most part, our players are on the other side of it,” he said. “We still have family members that are getting sick and I think the players worry about that.”

There has been a “whole range” of COVID-19 symptoms, said team physician Dr. Jim Bovard, but no one has needed to be hospitalized.

The Canucks confirmed on Wednesday that a variant is involved in the outbreak. Full genome sequencing is being conducted by the B.C. Centre for Disease Control to determine which specific variant.

The team previously said an ongoing investigation by Vancouver Coastal Health and contract tracing ound that the outbreak was sparked by a single unidentified individual picking up the infection in a “community setting.”

“Rapid spread of infection throughout the team indicates a link between contacts and the primary case,” the Canucks said in a statement.

Bovard said the individual picked up the virus somewhere that was within the NHL and provincial protocols.

“There’s no culprit here other than the COVID virus itself. Everybody’s been working incredibly hard in the last year to avoid getting it and in spite of their best efforts, this can happen,” he said.

“It’s not an accident that it happened when it did given what’s going on in the broader community.”

“What’s happening with us is really just a microcosm of what’s going on in the broader community,” Bovard said.

The team’s doctors and staff are to meet with health officials to discuss when the Canucks can reopen their facilities and get players back on the ice. Bovard noted that the final decision will be up to health officials.

The team then had a six-day break and was set to take on the Calgary Flames on March 31. The game was postponed shortly before the start when a player and a coach tested positive for COVID-19. Another player had tested positive the day before.

A player on the COVID-19 protocol list has not necessarily tested positive. Players who are in self-isolation after travelling or who’ve been in close contact with someone who tested positive, for example, are also on the list.

The list does not include team staff or players not on the active roster, including those on the taxi squad.

The Canucks have had six games postponed since the outbreak began, but Benning said he still expects to play 56 games this season.

“We’ll work closely with the NHL to try and figure out a schedule,” he said.

Once the team has been cleared to reopen its facilities, players will all go through physicals to determine who will be available to play once games are back on the schedule.

Benning said he expects the majority of the affected players to be back on the ice when the rink reopens and will decide in the next few days whether there’s a need to call up any additional players.

No one has said they want to opt out of the remainder of the season, Benning said. 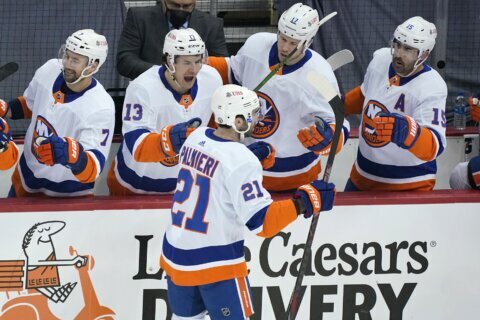 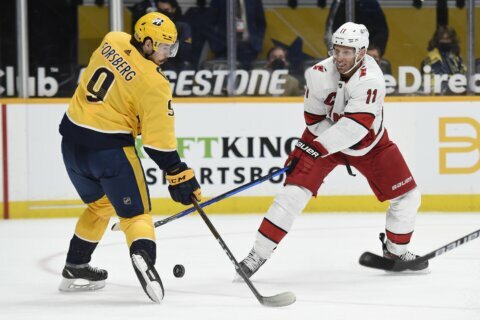