RALEIGH, N.C. (AP) — Jani Hakanpaa scored his first goal with Carolina to break a tie in the third period and the Hurricanes beat the Nashville Predators 3-1 Saturday night.

Hakanpaa, a defenseman acquired Monday at the trade deadline from the Anaheim Ducks, was in his second game with Carolina. Suddenly, he’s on a team with one of the best records in the NHL.

“It was a real nice feeling and the togetherness that these guys have in here in the locker room that shows up on the ice like that,” he said. “I’m just trying to soak it all in and enjoy it and work as hard as all the other guys.”

Hakanpaa blasted in a shot with 11:05 left after receiving the puck when Vincent Trocheck won a face-off.

“He put it on a silver platter for me so I was trying to get it on net,” Hakanpaa said.

Hakanpaa didn’t have a goal in any of his 42 games with Anaheim this season. This tally marked just his second goal in 49 career games in the NHL.

Now he has a game-winner with his new team.

“That’s the best way to feel part of a group, for sure, when you contribute like that,” Hurricanes coach Rod Brind’Amour said. “It came at a great time for us, obviously.”

Jaccob Slavin scored in the first period and Andrei Svechnikov had an empty-net goal for the Hurricanes, who completed a season-high homestand at 5-2-1.

Roman Josi scored for Nashville, which has lost back-to-back games for the first time in more than a month. Juuse Saros had 45 saves.

Hurricanes goalie Alex Nedeljkovic stopped 27 shots. He played for the first time since an April 8 shutout of the Florida Panthers.

“You have to have good practice habits because that’s what’s going to translate over to the game,” Nedeljkovic said.

The Hurricanes are 6-0-0 vs. Nashville this season, with five of the outcomes in regulation.

“We just have to get to playing to our identity for 60 minutes,” Josi said.

Carolina’s first goal came on its 24th shot on net in the first period. Morgan Geekie delivered a pass to Slavin, who was between the circles.

“To be up after that period was great,” Slavin said.

Carolina’s only previous eight-game homestand bridged January and February in 2018. The Hurricanes went 5-2-1 in that version as well.

There were perks and challenges to this latest stretch.

“It’s too long,” Brind’Amour said. “I love being at home, obviously. I think at times you can get a little stale. We had a couple of games in there that weren’t great, but other than that we played pretty well.”

Center Matt Duchene returned to action for the Predators after 22 games missed with a lower-body injury. Duchene hadn’t played since March 4.

Predators coach John Hynes said it was encouraging to see how Duchene performed.

“I think the big thing was to (see him) play at a good pace,” Hynes said.

Defenseman Erik Gudbranson made his Predators debut. He was acquired in Monday’s trade with the Ottawa Senators.

“I thought he looked good,” Hynes said. “I thought you noticed him. … Nice first game.”

The Hurricanes registered 24 first-period shots, marking their most in any period since Nov. 21, 2018.

“It’s probably one of the best periods I’ve seen ever,” Brind’Amour said.

Slavin had five of the shots, equaling the most for any Carolina player in a period this season.

“We were all over them from start to finish (of the period),” Nedeljkovic said.

In two games this season, Carolina failed to produce 24 shots in a full game. In two others, the Hurricanes finished with 24 shots.

Nashville ended up with 20 shots in Thursday night’s meeting with the Hurricanes.

Hurricanes: At Tampa Bay on Monday night to open a two-game series. 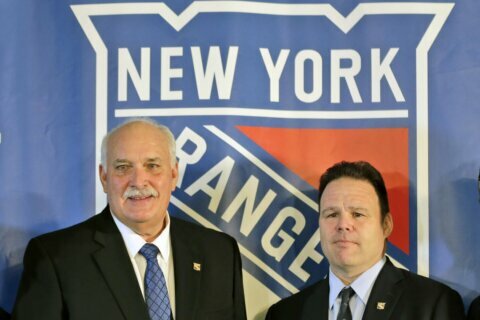 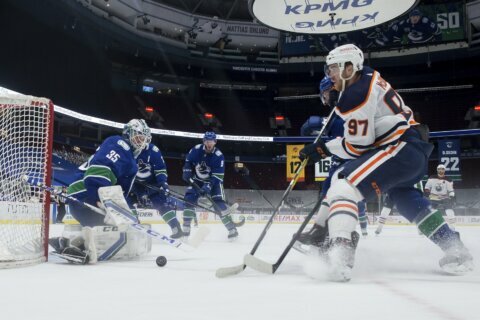 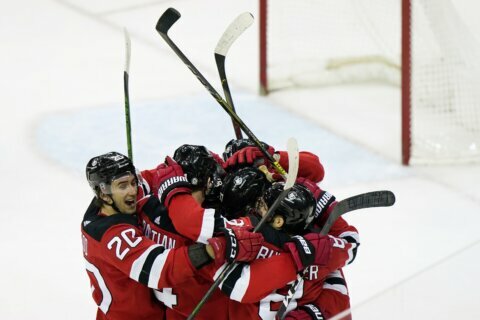