Blake Coleman had two goals, including an empty netter with 25 seconds left for Tampa Bay, which pulled to within a point of second-place Florida in the Central Division standings.

“It’s been a little up and down for us in the past couple of games to find our groove,’’ said McElhinney, who allowed seven goals to Nashville in his last start. “It was nice for me to get in and get a win for the team, and it’s obviously a big win for us moving forward.

Seth Jones scored for the Blue Jackets. Elvis Merzlikins stopped 25 shots for Columbus, which is winless in its last eight games (0-7-1).

Palat scored the eventual winner by skating to the right circle, taking a feed from Alex Killorn and snapping off a quick shot to the top far corner at 8:14.

“It was nice to put one in, I hadn’t scored for a while,’’ said Palat, who last scored on March 25. “I was just trying to stick with it, work hard, keep it simple and shoot the puck. I’m happy it went in.’’

After Merzlikins denied Ryan McDonagh on a backdoor play at 11:35, Columbus went on the power play at 8:57 on a cross checking call to Palat.

Less than a minute into the man advantage, Jones delivered a slap shot from the center point that hit off the blade of Alex Killorn’s stick and deflected past McElhinney at 9:36. It marked the first shot on goal for the Blue Jackets, who went on to hold Tampa Bay without a shot on goal for the rest of the period.

“I thought we checked well,’’ Columbus head coach John Tortorella said. “I thought we did the things we talked about improving on.’’

The Lightning pulled even in the second period when Yanni Gourde picked up a puck in the neutral zone that rolled off the stick of Patrick Laine, gained the blue line and fed a cross-ice pass to Coleman. After settling the puck, Coleman fired a slap shot that hit off the bottom of Merzlikins’ glove hand and bounced in the net at 14:51.

“It was just a weird game,’’ Lightning head coach Jon Cooper said. “There was not a lot of execution going on. … They are a tough team to play against and they defend, you could see it was hard for us to score tonight.’’

Tampa Bay acquired defenseman David Savard from the Columbus Blue Jackets on April 10. Thursday was the first time Savard faced the team he spent his entire career with, appearing in 597 games over 10 seasons.

“It’s a little weird,’’ Savard said. “But it’s also exciting to get to see them on the ice. … I spent quite a bit of time there. We’re still in a little bit of a battle for us and it’s an important game, but it is still a little special to play the Jackets.’’

Columbus center Max Domi returned to the lineup after sitting out as a healthy scratch in the previous two games. In his last game against Dallas, Domi took a misconduct call along with a high sticking and slashing call on the same play and finished a minus-4 for the game.

“I just want him to try to help us win a hockey game,’’ Columbus head coach John Torotrella said when asked what he wanted to see out of Domi. 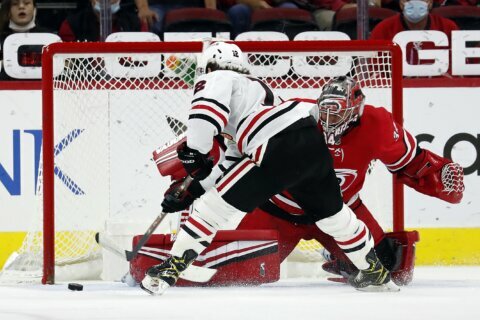 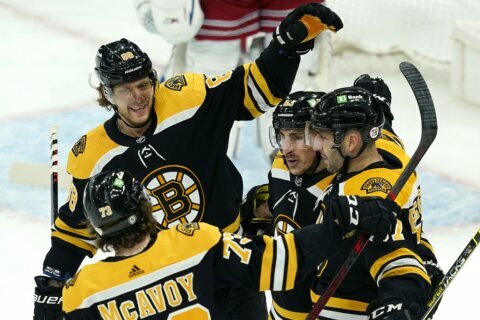