WINNIPEG, Manitoba (AP) — Nikolaj Ehlers had a goal and three assists and the Winnipeg Jets rallied from a two-goal deficit and beat the Edmonton Oilers 6-4 on Tuesday night.

Andrew Copp added two goals, including one into an empty net, and had two assists. Adam Lowry scored and set up two others for Winnipeg (5-2-0). Paul Stastny, with a goal and an assist, and Mathieu Perreault completed the scoring for the Jets, who got 22 saves from Connor Hellebuyck.

The game was similar to Sunday’s against the Oilers. Winnipeg trailed by a goal entering the final period, took the lead but was beaten on a last-second goal by Edmonton. The outcome was different this time.

“It’s the highs and lows of professional sport,” Lowry said. “Sometimes it seems like you have an emotional letdown the next game.

“The first period wasn’t our best, but we regrouped. We’ve got a lot of belief in our room and the firepower we have.”

Connor McDavid and Ryan Nugent-Hopkins each had a goal and an assist. Leon Draisaitl and Adam Larsson also scored for Edmonton (3-5-0). Mikko Koskinen made 27 saves, and Darnell Nurse added three assists.

“Same type of story as the other night,” McDavid said. “We did a good job most of the 40 minutes, and then in the third period we kind of just let it get away.

“Able to battle back the other night. Not tonight. It’s frustrating.”

Winnipeg head coach Paul Maurice was behind the bench for the 1,607th regular-season game of his NHL career, tying him with Al Arbour for fourth on the all-time list.

NOTES: The Oilers were playing the finale of a four-game road trip through Toronto and Winnipeg. … Winnipeg was playing its sixth game in nine nights.

Jets: Have three days off before resuming a seven-game homestand against the Vancouver Canucks on Saturday. 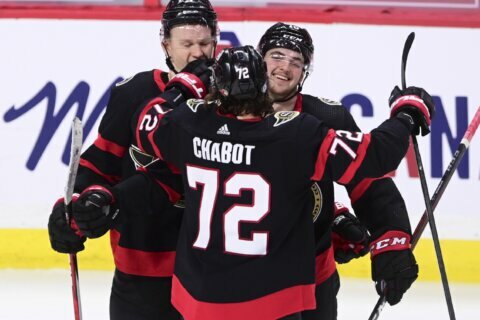 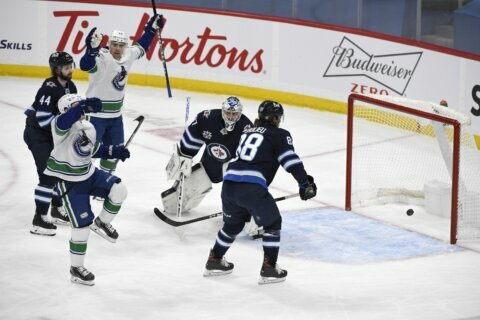 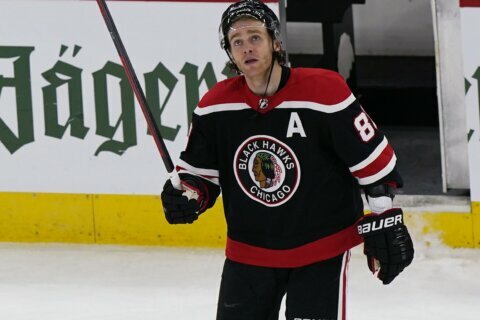