ST. PAUL, Minn. (AP) — Carl Grundstrom and Kurtis MacDermid scored, and Calvin Petersen made 32 saves as the Los Angeles Kings held on to beat the Minnesota Wild 2-1 on Tuesday night.

For the third time in three games between the teams, Los Angeles squandered a third-period lead. But this time, the Kings bounced back and earned the win after two losses at home to start the season.

Grundstrom skated from the side boards to the middle of the offensive zone and wristed a quick shot past Kaapo Kahkonen’s glove for his second goal in as many games. Los Angeles has won three of four after starting the season 0-2-1.

“We won, not the way we want to win tonight, but a win is a win,” Kings coach Todd McLellan said.

Wild center Joel Eriksson Ek scored his team-leading fourth goal of the season just 1:09 into the third to tie the game. Kahkonen made 19 saves for Minnesota, which has lost two in a row.

“I think they made a pretty good job of taking away our speed in the neutral zone in the first period,” Eriksson Ek said. “We couldn’t really get through. I think it got better in the second and third, but yeah, we want to get out there, we want to get that first goal and we couldn’t do it today.”

The teams opened the season with a two-game series in Los Angeles where the Kings had 3-1, third-period leads in both games. The Wild came back to win each game 4-3.

Making his third start of the season, Petersen stood tall as the Wild outshot Los Angeles 27-9 over the final two periods.

“I think it’s just more so building with each game,” Petersen said. “It’s been a while since we played hockey and I think any game experience I can get, I’m just trying to get better with each game.”

MacDermid started the scoring in the second with his first goal of the season.

Eriksson Ek tied it up with his third in four games, jamming the puck between Petersen’s skate and the goal post after several swings.

The teams combined to go 0 for 6 on the power play, continuing their season-long issues against each other. In their three games, they have combined to score once in 26 power-play chances.

Minnesota’s woes have extended to every game. After an 0 for 3 night, the Wild are now 2 for 30 on the power play this season. They entered the game ranked 29th in the league on the power play.

“We thought – and I don’t want to sound like a broken record – but our chances on those power plays were tremendous,” Minnesota coach Dean Evason said. “We’re trying to stay the course and see if we can find a break here and there and maybe get it going. If we do that, hopefully that’ll help us.”

Petersen is one of three players who dealt with being in the COVID-19 protocols in training camp and McLellan felt he could see Petersen, MacDermid and defenseman Sean Walker rounding into form.

“I would say that Cal had his best game of the season and I thought Cal performed like he did last year when he came up,” McLellan said. “You could see Walker, MacDermid and him get their legs and get into really game speed and game shape, if you will. Not that they’re unconditioned but just mentally into it at that pace and intensity.”

Wild goaltender Cam Talbot missed his second straight game with a lower-body injury, with Andrew Hammond coming off the taxi squad to serve as Kahkonen’s backup. Evason said Talbot is getting close to a return and could possibly practice on Thursday. Nico Sturm returned to the lineup after being held out of two games for an illness unrelated to COVID-19.

McLellan said Martin Frk and Matt Luff didn’t travel with the team, but he’s hopeful both are close to returning to on-ice activities when the team returns home.

The teams close out a two-game series Friday in Minnesota. 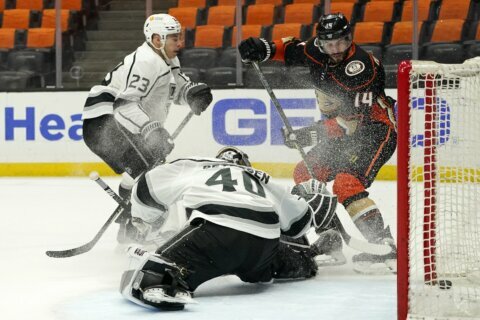 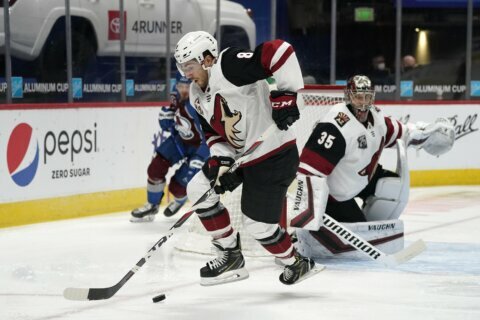 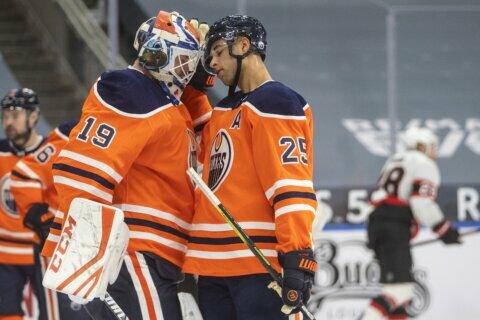