PHILADELPHIA (AP) — After his team was outplayed for two straight periods, Scott Laughton bailed out the Philadelphia Flyers with a timely first goal of the season.

Laughton scored in overtime and Jake Voracek and Kevin Hayes also had goals to lead the Flyers to a 3-2 win over the New York Islanders on Saturday night.

“I just tried to hold onto it and find an angle for the net,” Laughton said. “Nice to get my first one out of the way.”

Jordan Eberle and Scott Mayfield scored for the Islanders.

The Flyers and Islanders played for the first time since New York won Game 7 of their second-round playoff series last season. The Islanders dominated this one in regulation, outshooting the Flyers 27-14.

But defenseman Shayne Gostisbehere forced a turnover in OT and Laughton converted at 3:16.

Carter Hart made 26 saves for Philadelphia.

Back from a four-game road trip, the Flyers scored twice in the first period. Claude Giroux hit Voracek as he cut to the net and he beat goaltender Semyon Varlamov for a 1-0 lead. James van Riemsdyk connected with Hayes, who punched it high glove side for his fourth goal of the season. That gave the Flyers their first two-goal lead in the first period since the second game of the season.

“Yes, we are winning right now. Yes, we did, in my estimation, play the right way,” Flyers coach Alain Vigneault said. “But for whatever reason, in the second and third period, getting those pucks behind their Ds, keeping our shifts short so that we can have a fast pace, they were the better team.”

Eberle scored from the right circle in the second to make it 2-1, and Mayfield hit a slap shot to even the score.

“I didn’t like our start. I thought we were too soft. making soft plays,” Islanders coach Barry Trotz said. “I thought our veteran guys made some horrible decisions, some horrible plays. They have to be the solution for us to get rolling.”

The Islanders tried to pull themselves together after three regulation losses over five days left them reeling. In a five-day span, New York got shut out by a third-string goalie, allowed a go-ahead goal in the final minute and blew a three-goal lead.

After going to the Eastern Conference final in the NHL’s playoff bubble last summer, the Islanders won three of their first four this season, but have not dropped four straight.

“We’ve talked about it, we’ve had meetings,” Mayfield said. “I think some of the losses our effort wasn’t there. Other times it was mental mistakes.”

Travis Konecny, who had a hat trick in the second game of the season, was a healthy scratch for Philadelphia. He has five goals and eight points this season. The 23-year-old Konecny was coming off a dreadful postseason in which he failed to score in 16 games.

“I believe that T.K. is one of our top three forwards, tremendous potential, is doing some things right like going to the net, stopping and scoring a couple of big goals for us,” Vigneault said. “But I also believe that right now our 5-on-5 play is not where it needs to be. I’ve been talking to the players about it for some time, areas that I believe that we need to be better at, areas that we have been good at in the past. TK is the one tonight that is not going to play. His 5-on-5 game needs to be better in the areas that he’s aware of.”

Vigneault said Konecny will return to the lineup Sunday.

Philadelphia’s Samuel Morin played for the first time since he was switched from defense to forward.

The Flyers and Islanders are back at it Sunday night in Philadelphia. 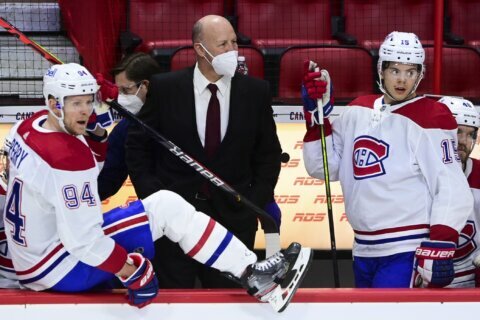 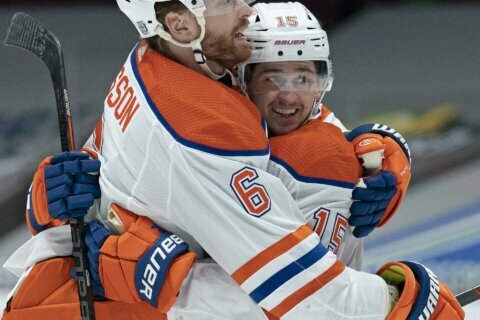 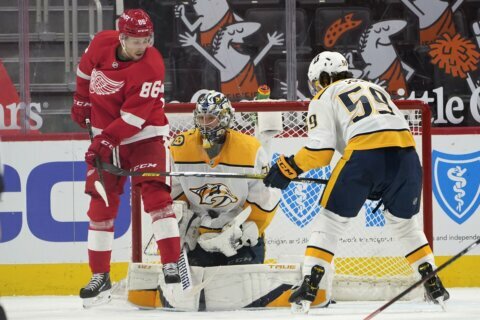