MONTREAL (AP) — Jacob Markstrom made 37 saves for his second shutout of the season, Johnny Gaudreau and Mikael Backlund scored, and the Calgary Flames handed the Montreal Canadiens their first regulation loss of the season, 2-0 on Saturday night.

“When your goalie plays like that you’re not going to lose, ever,” Flames captain Mark Giordano said.

The Flames improved to 3-3-1, snapping a three-game losing streak that included a 4-2 loss to the Canadiens on Thursday night. Montreal dropped to 5-1-2.

Jake Allen made 31 saves for the Canadiens.

Gaudreau opened the scoring on a power play at 3:34 of first period with his fifth of the season.

Backlund scored into an empty net with 34 seconds left.

Flames: At Winnipeg on Monday, Tuesday and Thursday nights. 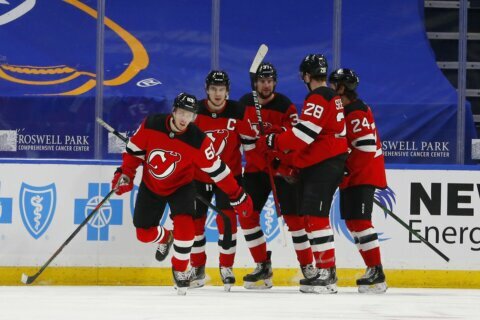