EDMONTON, Alberta (AP) — A world junior men’s hockey championship like no other opens Friday iwith zero spectators and teams walled off from the general public because of the coronavirus pandemic.

The under-20 tournament at Edmonton’s Rogers Place is modeled on the NHL’s twin bubbles earlier this year that allowed the league to complete its season. Shorter in duration and with fewer people on hand, the 12-day, 10-nation tournament is still a major logistical undertaking for Hockey Canada and the host committee.

That it wasn’t canceled along with so many other International Ice Hockey Federation tournaments in 2020 indicates a determination to stage — and televise — live hockey despite a spike in local COVID-19 cases.

“We have an opportunity to give Canadians a gift here at Christmas time as well,” McIntosh said. “The holiday season, the tradition of the world juniors has been great.”

The tournament generated a $22 million profit the last time it was held in Alberta in 2012. Ticket revenue this year from a tournament that regularly does big business in Canada will be limited to buyers who don’t ask for a refund, but instead keep their tickets for the 2022 tournament awarded back to Edmonton and Red Deer.

The teenage players must follow the same protocols NHL players did in August and September such as daily tests and regular temperature checks. Contact-tracing beacons are embedded in their event credentials.

“We know where everyone in the bubble is at all times,” McIntosh said.

When they’re not on the ice, players are largely confined to their team’s floor in one of two hotels. The arrival of winter limits available options to hang out outside their hotels.

There were hurdles before the tournament. Positive COVID-19 tests eliminated six of the pre-tournament games and extended quarantines for both Sweden and Germany. Sweden overhauled its staff before departing for Canada because the head coach and three assistants tested positive.

Depending on the COVID-19 situation and restrictions in their respective countries, the number of league games each player has varies widely.

Russian, Finnish and Swedish players in the tournament have played something resembling a regular season in their respective leagues. Some Canadian and American players haven’t appeared in a real game in months because the Western and Ontario major junior leagues won’t start until 2021.

“Our practices have been great, but nothing can replace a game,” Canadian assistant coach Michael Dyck said before the tune-up games began. “There’s situations in a game that you’re only going to see in games and not in practices.”

A handful of the 250 players are living hockey “bubble” life a second time after experiencing it with their respective NHL teams this past summer.

Among them is 19-year-old defenseman Thomas Harley, who spent just over eight weeks in the NHL bubble in Edmonton with the Dallas Stars in their run to the Stanley Cup Final, where they finished runner-up to Tampa Bay.

“I look back on it fondly I guess,” Harley told The Canadian Press. “When you’re in the bubble, you don’t think you’re having a lot of fun, but now that I look back on it, I realize it was a good time. How much I learned from just being around those NHL player every day, how they prepared, how they practiced and how they carry themselves, it was really cool.”

Harley admitted it felt like a bit of a time warp to move back into the same hotel — “my home away from home” — across the street from Rogers Place. He has a street view this time instead of the courtyard. Harley is prepared to help his teammates navigate bubble life.

“We’re here to play hockey and as long as we’re doing that, I think we’re pretty happy,” he said. “When the games start, the days will start to fly by.”

Canada is in Pool A with Finland, Slovakia, Switzerland and Germany. Russia, United States, Sweden, the Czech Republic and Austria comprise Pool B. The top four teams in each group advance to quarterfinals Jan. 2, followed by semifinals Jan. 4 and the championship game Jan. 5. 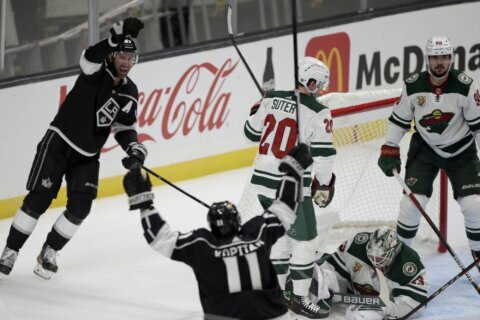 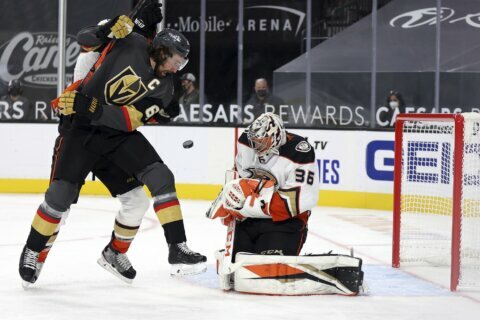 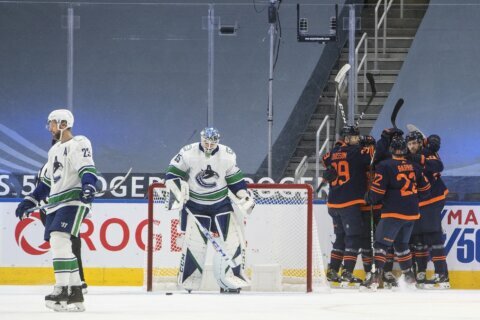