Ponomaryov, Zakhar Bardakov and Ilya Safonov scored in the second period to give Russia a 4-1 lead and chase U.S. goalie Spencer Knight. Knight allowed four goals on 12 shots before Dustin Wolf took over.

John Farinacci and Trevor Zegras scored in the third to cut it to 4-3, with Zegras connecting with 2:18 left. Yegor Chinakhov sealed it with an empty-netter with 21 seconds to play.

Cam York also scored for the United States in the Group B game.

Missing nine players because of the coronavirus, Germany had only 14 skaters — nine forwards and five defensemen. Three players can return to the tournament Sunday and another five Tuesday, barring more positive tests.

Slovakia won on Roman Faith’s goal with 5:43 left. Simon Latkoczy made 28 saves, stopping Inaki Baragano with his glove on a late power play.

On Saturday, the United States will face Austria, and Sweden will play the Czech Republic in Group B, and Canada will open its title defense against Germany in Group A. 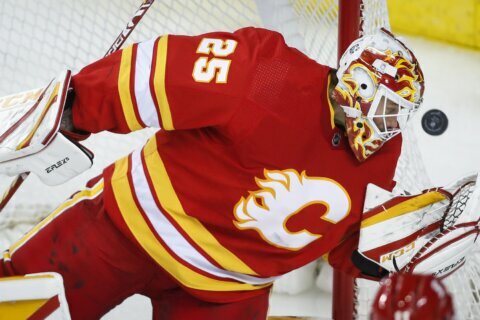 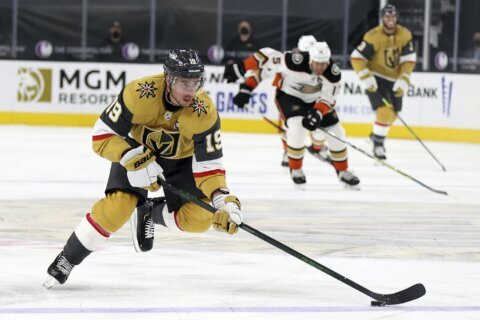 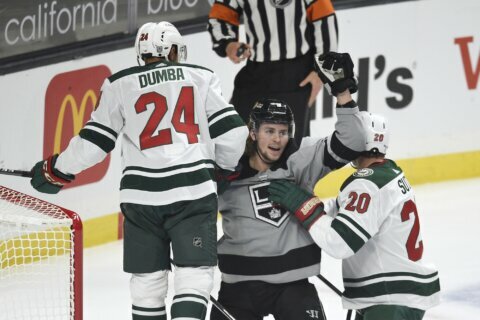