Alex Pietrangelo heard it can snow in Las Vegas and wasn’t worried about bundling up his four children if necessary.

Maybe once in a blue moon. Pietrangelo won’t have to take a snow blower from his St. Louis home to the Nevada desert, though he hopes to bring the Stanley Cup there in the next seven years.

After leaving the Blues he led to the 2019 title to sign a $61.6 million contract with the Golden Knights, Pietrangelo hopes to play a big role in getting the young franchise to the top of the NHL. He and his St. Louis-born and raised wife are transplanting to Vegas from the only city they’ve known for a new chapter in their lives on and off the ice.

The Golden Knights bent over backwards to trade other players and court and sign the 30-year-old defenseman simply because he makes them a much better team. Pietrangelo led all playoff players in assists during his Cup run, scored a career-high 16 goals last season and was fourth in voting for the Norris Trophy as the league’s best on the blue line.

Pietrangelo considered other destinations but only visited Vegas and signed there because of the chance to win, a contract worth more per year than St. Louis offered and control over his future in the form of a “no-movement” clause that’s even more powerful than no-trade protection because it means a player can’t be waived, either.

“When you give someone a no-movement clause, they basically have more power in your organization than the owner does,” said Blues general manager Doug Armstrong, who added that he included it offers to Pietrangelo. “It takes a special person to get those things.”

After the Blues signed defenseman Torey Krug to a $45.5 million, seven-year deal Friday night, Vegas became the special team willing to commit to Pietrangelo, who prioritized the no-movement clause in his contract.

“For me, with my family situation having four kids under the age of 2, if I’m going to pick them up and move them away from somewhere that is the only thing that they know, I wanted to make sure that I was going to be comfortable there for a period of time,” Pietrangelo said. “They were willing to understand that and commit to that and that made me feel comfortable knowing that they understood why I was asking those questions and why I wanted that.”

Vegas rolled out the shiny gold carpet for Pietrangelo and his wife, Jayne, showing them the suburb of Summerlin that’s home to many players, the team’s practice facility and introducing him to not only coach Peter DeBoer, GM Kelly McCrimmon and hockey operations president George McPhee but also owner Bill Foley.

Talking with Foley and seeing the other moves the Golden Knights have made to move into perennial Cup contention convinced Pietrangelo to put St. Louis in his past and sign with Vegas.

“I was fairly with impressed with the way they operate and the way they go about their business,” Pietrangelo said. “I wanted to make sure that they’re sharing the same passion that I am for winning, and they do.” 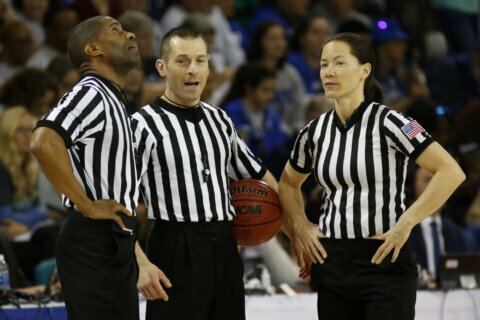 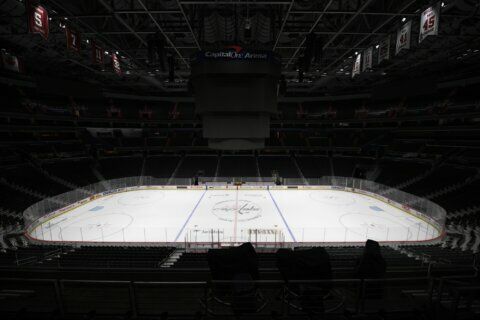 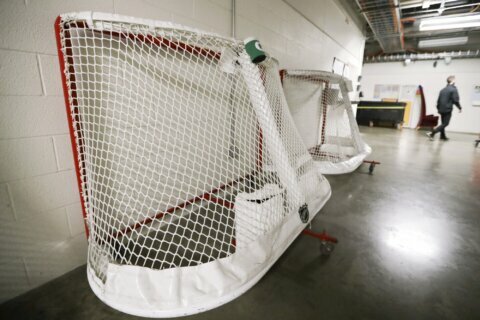