EDMONTON, Alberta (AP) — Steven Stamkos greeted Game 4 overtime hero Kevin Shattenkirk with a hug in the tunnel after the game. After the Tampa Bay Lightning missed out on their first chance to win the Stanley Cup in double overtime a night later, Stamkos walked into the locker room to re-energize teammates.

Stamkos wasn’t playing, but he was still the captain.

He put his gear on with three or four minutes left in the Lightning’s championship clincher Monday night and became the first captain in more than 50 years to accept the Cup when not playing in the final game. After leading the Lightning while fighting to come back from injury and playing less than three minutes in all playoffs, it was a no-brainer for Stamkos to lift the hallowed trophy over his head first.

“You dream about this forever,” Stamkos said. “You get the Cup, you get the Cup. So many guys would do anything in the world for a chance to win the Stanley Cup and there’s so many great players that have played this game and haven’t had a chance to experience what we just experienced.”

The late Jean Beliveau, in 1968, was the last captain to miss his team’s Cup clincher because of an ankle injury. Montreal Canadiens teammate Yvan Cournoyer did so in 1977 while out after back surgery, though the team gave the “C” to Serge Savard in his absence.

Cournoyer, now 76, saw a lot of himself in Stamkos.

“When you’re the captain, then you’d be there anyway,” Cournoyer said by phone Monday. “They know what you did all year and the people respect us. He’s a big part of it. To win the Stanley Cup, you need everybody. You need a captain, no matter if he’s hurt, and you need everybody together.”

Stamkos sounded just like Cournoyer in his post-Game 6 comments, in the aftermath of living out his dream.

“Just to be out there and celebrate with the guys, every single person — it was something we talked about at the beginning of training camp, that it’s not just going to take 20 guys to win the Stanley Cup,” Stamkos said. “It’s going to take every single guy who was in this bubble and more, and I’m so proud of each and every one of them.”

Lanny McDonald, in 1989, was the last near-miss of a captain not being in the lineup for a Cup clincher. The grizzled veteran was a healthy scratch for the Calgary Flames in Games 3, 4 and 5 and got back in for Game 6, scoring a memorable goal to help the franchise win its first title.

McDonald was a healthy scratch, not injured, so he couldn’t perfectly empathize with Stamkos. But he watched Stamkos score his iconic goal in Game 3 of the final — in his only 2:37 of playoff action — and thought it was more like a Wayne Gretzky gem than his 31 years ago.

“I was the happiest guy to see him score that goal,” McDonald said. “I was sitting watching with one of my sons and two grandsons and I was like, ‘Oh my God, I want to see that again.’”

Tampa Bay never saw Stamkos on the ice again after his cameo, which ended when he aggravated the core muscle injury that kept him out since Feb. 25 and was operated on in March. But players and coaches saw plenty of him in the locker room and around the bubble — the longtime face of the franchise not shying away from his responsibilities.

“Even though Stammer didn’t play, he played the best two minutes of hockey you’re probably going to see in the playoffs,” teammate and playoff MVP Victor Hedman said. “I’m at a loss for words how much he means to us in that room, even though he’s not playing.”

McDonald knew from his own experience that Stamkos had to be the Lightning’s biggest cheerleader when not playing. Cournoyer did his best, too.

“You’re there between periods, and when you don’t play, you see the game a little bit different and you go back between periods and you try to get the guys to do maybe what they should do or what they’re doing what’s the best,” Cournoyer said. “I think it’s a big part to have a captain with you all the time.”

History is full of captains raising the Stanley Cup and short on situations like Stamkos’. Doug Young didn’t play in the clincher for for the 1937 Detroit Red Wings because of a broken leg, and McDonald was the only of the Flames’ three co-captains to play when they wrapped it up.

McDonald was at the end of his career when he finally won it all and wondered aloud about Stamkos at 30, especially after all the injuries he has dealt with in recent years.

“Not knowing long term after being out for so long, can he come back and start all over again?” McDonald said. “That’s the big question mark.”

Cournoyer had his own questions. He couldn’t even get his gear on with how his back was feeling, but he was back on the ice the next season and led Montreal back to the promised land.

“I was looking forward for the next year, and after I got my first back surgery, we come back and win the Stanley Cup again,” he said.

Now, Stamkos will try to do the same. 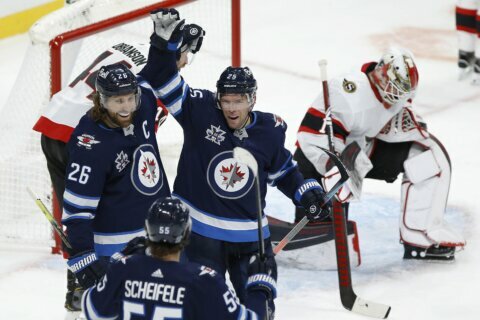 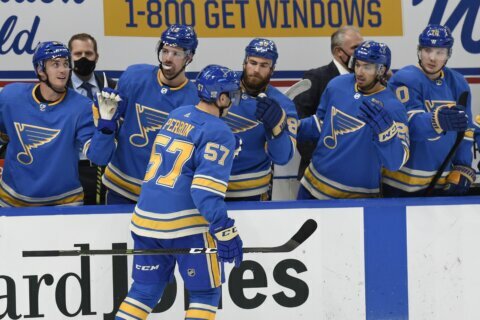 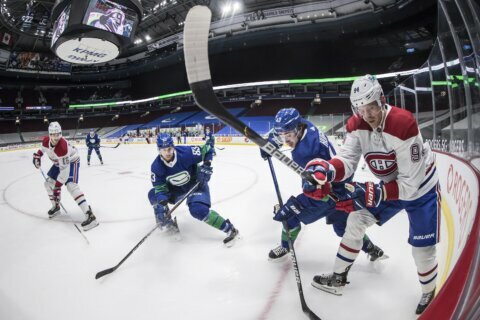