CALGARY, Alberta (AP) — Alex Nylander had two goals and the Chicago Blackhawks snapped a five-game losing streak with an 8-4 victory over the Calgary Flames on Saturday night.

After entering with two goals in his previous 34 games, Nylander scored twice in the second as Chicago took advantage of several defensive miscues to outscore the Flames 4-1 in the period despite being outshot 14-7.

“I’ve been working hard since the break in practice,” the 21-year-old Nylander said. “Nice to get some goals tonight.”

Nylander wasn’t the only Blackhawks player to break through.

DeBrincat, who had 41 goals last season, scored his 14th. Dach, who had one goal in his previous 20 games, got his eighth.

Sam Bennett and Elias Lindholm had two goals apiece for the Flames, who have dropped five straight home games.

“Obviously, our details are way off at home,” Lindholm said. “Losing the third guy and leaving the (defensemen) for 3-on-2s or 2-on-1s.”

Saad broke a 2-all tie at 4:24 of the second and Nylander gave the Blackhawks their first two-goal lead just more than a minute later, pouncing on a bad giveaway in front by Dillon Dube and beating David Rittich with a move to his backhand.

With goalie Cam Talbot on in relief, Nylander made it 6-3 at 18:14 with the second of two Chicago goals in 27 seconds. Another turnover by the Flames behind the net led to rookie Matthew Highmore setting up Nylander in the slot.

The Flames entered the night in the first wild-card spot in the Western Conference. While they still have other teams to pass, the Blackhawks pulled within six points of Calgary with two games in hand.

“Big two points, gets us back in the mix,” Chicago coach Jeremy Colliton said. “We did a lot of things well, as it’s never perfect but the compete level was really good. Obviously we got some big goals, started the game with a big goal.”

Even though Talbot was coming off a 44-save shutout Thursday at Anaheim, Ward started Rittich, who gave up a goal 30 seconds in when Toews skated down the wing and put a slap shot over his shoulder.

Bennett tied it less than two minutes later, but Chicago regained the lead at 9:17.

In what became a theme for the home side, a turnover behind the net — this one by Michael Stone — allowed Toews to set up Kubalik for a one-timer just after a power play expired.

Bennett’s breakaway goal at 12:57 tied it again, but Chicago took advantage of the Flames’ poor defensive play to pull away in the second period. Rasmus Andersson and Matthew Tkachuk were also guilty of turnovers deep in their own end that led to goals for the Blackhawks.

“It’s a little frustrating right now,” Bennett said. “We pushed back after they scored early. For whatever reason, our defensive zone and our turnovers, we fell apart and gave up way too many odd-man rushes and good looks and they capitalized.”

“We want to make this place a real tough place to play and for some reason right now, we’re just not having success,” Tkachuk said.

Calgary is minus its top two defenseman in Mark Giordano (hamstring) and Travis Hamonic (upper body), who remain out indefinitely.

The Blackhawks wrap up a five-game road trip Sunday night in Winnipeg. 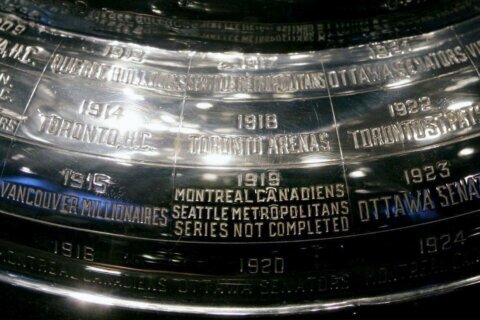 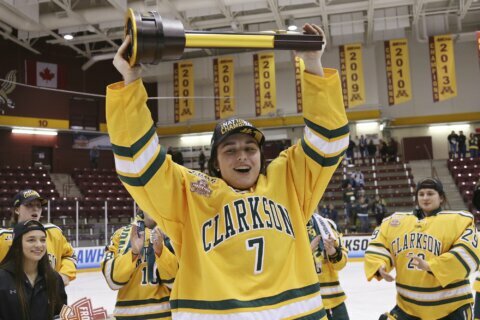 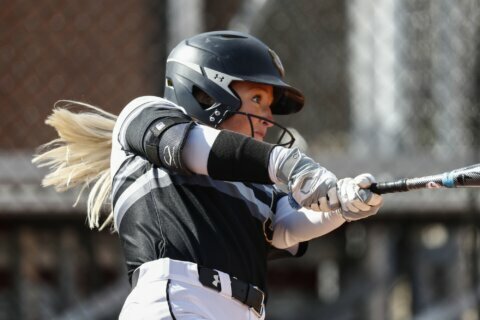