PITTSBURGH (AP) — Patric Hornqvist and the fourth line set the tone in another big win for the Pittsburgh Penguins.

Hornqvist had two goals and an assist and the Penguins defeated the Detroit Red Wings 5-1 on Sunday.

“Sometimes you get lucky out there and you keep shooting and keep finding the back of the net,” Hornqvist said. “It was one of those afternoons. It’s always fun to score.”

Hornqvist has 14 goals this season. Sidney Crosby scored his 11th of the season, Kris Letang added his 14th on the power play and Sam Lafferty also scored for Pittsburgh, which moved within one point of first-place Washington in the Metropolitan Division.

Crosby continued a four-game point streak on Sunday. He has six goals and 19 points in 12 games since returning from core muscle surgery on Jan. 14.

Matt Murray made 27 saves for Pittsburgh, which has won 11 of its past 15 games.

“For the most part, I think we’re trending the right way and to me, that’s encouraging,” Penguins coach Mike Sullivan said. “I think we’re getting back to the game that has brought us success most of the year. There are always ways we can get better and improve, and we’re going to push this group to try and get to another level.”

Valtteri Filppula scored his fifth of the season for Detroit, which lost its fourth straight game. The Red Wings have been outscored 16-5 in their past four games and 59-23 in their past 16. Detroit has lost 14 of its past 16 games.

Sunday’s loss was the third straight game, and the second time in as many days, that the Red Wings gave up four unanswered goals after taking a 1-0 lead. The Red Wings lost 4-1 at Boston on Saturday.

Jimmy Howard made 12 saves, but was pulled after Crosby’s goal gave Pittsburgh a 4-1 lead in the second period. Jonathan Bernier stopped 18 of 19 shots.

“When things are going poorly, it’s easy to point fingers, but we’re all part of the problem,” Red Wings forward Luke Glendening said. “We have to look within ourselves and see how we can be part of the solution.”

Filppula opened the scoring at 5:37 of the first period before Lafferty tied it at 1-1 a couple of minutes later. It was the first of three goals from the Penguins’ fourth line.

“We were able to find minutes for them, and they played extremely well,” Sullivan said. “They had a great start to the game and obviously scored a couple goals for us. These guys are important players for us.”

Letang’s power-play goal, a slap shot through traffic from the point, gave Pittsburgh a 2-1 lead at 14:35 of the first period. Letang continued a five-game point streak.

Letang’s power-play goal was his sixth of the season, tying a career high established in 2013-14, and second with the man advantage in as many games. Pittsburgh has power-play goals in four straight games.

Hornqvist scored 2:53 into the second period. Hornqvist lifted Gustav Lindstrom’s stick at the left circle and whipped a quick turnaround shot past a still-standing Howard.

Crosby gave Pittsburgh a 4-1 lead at 7:55 of the second period. He took a pass from Marcus Pettersson and beat Howard with a slap shot from the top of the right circle.

Hornqvist added his second of the game at 11:53 of the second period. Brandon Tanev fought through contact at the blueline before passing to a streaking Hornqvist, who beat Bernier to the glove side.

“(Hornqvist) is a great teammate, he’s a great person and he just wants to help this team win,” Sullivan said. “I was happy for him that he scored a few goals. He’s certainly deserving.”

NOTES: The Penguins swept the season series against Detroit for the first time since 2015-16. … Detroit’s Filip Hronek and Pittsburgh’s Zach Aston-Reese both left in the second period and did not return. … Pittsburgh’s Nick Bjugstad (core muscle surgery) and Dominik Kahun (concussion) skated Sunday morning, but did not play against the Red Wings. Bjugstad has missed 38 games and Kahun eight in a row. … Red Wings’ D Trevor Daley missed Sunday’s game because of an upper-body injury sustained Saturday. He is one game from 1,050 in the NHL. Madison Bowey replaced Daley in the lineup. … Detroit’s Anthony Mantha played his 250th NHL game.

Penguins: Continue a four-game homestand against Toronto on Tuesday. 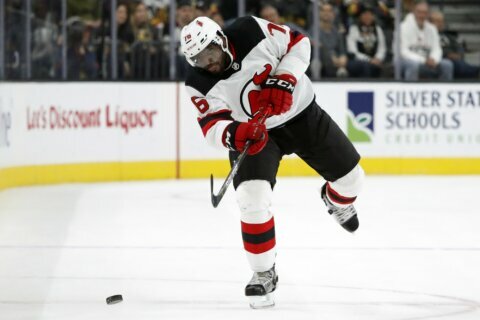 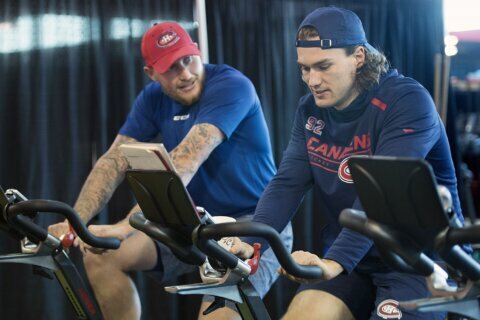 No ice, big problem: Nothing mimics skating for NHL players 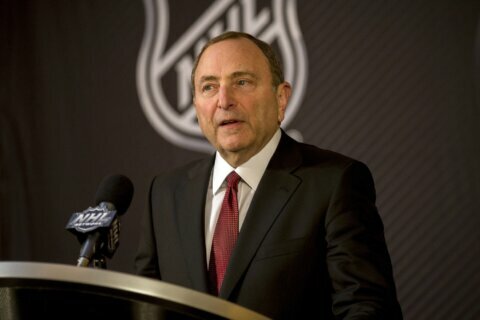