The National Hockey League will play its next three seasons without the threat of a work stoppage amid optimism that labor peace will stretch beyond 2022.

The NHL Players’ Association on Monday announced it would not opt out of the current collective bargaining agreement. Combined with the owners’ decision earlier this month not to trigger their opt-out clause, the current CBA remains in effect until September 2022 and the sides will continue working on an extension.

“While players have concerns with the current CBA, we agree with the league that working together to address those concerns is the preferred course of action instead of terminating the agreement following this season,” NHLPA executive director Don Fehr said. “We have been having discussions with the league about an extension of the CBA and expect that those talks will continue.”

Not terminating the CBA is a positive sign that negotiations are progressing toward an extension that could last until 2025 or 2026. That would be the longest period of labor peace in hockey in decades.

“Ultimately, it’s nice there’s going to be labor peace now for the next three seasons,” Philadelphia Flyers player representative James van Riemsdyk said. “That’s going to be good for everyone, and I’m sure fans are excited. I’m sure they hate hearing about that stuff.”

Owners and players have been meeting since February and sessions increased in frequency in recent weeks. When the league also did not opt out of the CBA, Commissioner Gary Bettman cited momentum and the importance of labor peace overriding any issues the owners might have.

Bettman said Monday the league is pleased with the players’ decision and looked “forward to continuing to work with the NHLPA for the benefit of all stakeholders, especially our fans.”

Players made significant concessions in the last CBA, which was agreed to in 2013. Escrow payments, health care, Olympic participation and what qualifies as hockey-related revenue are things players have cited as some of their top concerns.

Vancouver Canucks player representative Bo Horvat said escrow is still the main topic players want to fix, and there seems to be general agreement across the union about that.

“Obviously it’s the greatest league to play in, but you want it to be fair and stuff like that,” Washington Capitals forward Chandler Stephenson said.

Players held two conference calls in recent days to discuss the situation after almost 50 met in person in Chicago on Sept. 4. Very little information has come out of the talks, which is considered a signal of a more united NHLPA and optimism that progress was being made.

“Every time you have any type of negotiation between two parties, those are the two parties that should be talking and it should not be through media or a third party because there’s a lot of things that get twisted and the more time the story gets told, something will change a little bit,” New York Rangers goaltender Henrik Lundqvist said recently. “If you can stick to just talking to the other side, I think it’s easier to get to the right answers and solutions.”

In a departure from labor negotiations of 2004-05 and 2012-13 that were full of rancor, Fehr has called this round cordial and pleasant. Bettman referred to it as “joint problem-solving” rather than a combative relationship.

“It’s a dialogue that continues,” Bettman said. “It’s a relationship that’s important, there’s mutual respect, there’s good communication flow and we’re busy focused on what may for each of our constituents be the appropriate path forward.”

The league and players seem to be on the same page at least in drawing up a calendar of more international play, which could mean another World Cup of Hockey as soon as February 2021. Hockey business is booming, and the NHL will be able to negotiate a new U.S. television rights deal that begins in 2021.

“I’m very optimistic about future possibilities, especially with U.S. media negotiations coming up in an environment that we haven’t yet had an opportunity to negotiate in,” Bettman said. “I remain very optimistic that revenues will continue to grow and will grow at a very healthy rate.”

The health of the league is a significant reason why neither players nor owners wanted to set up another labor confrontation over the next 12 months. If talks became contentious, there remains the threat of games being canceled for the fourth time since 1994.

“Just kind of hearing guys that went through the last one, it was kind of more of a war than a negotiation,” Stephenson said. “I don’t know if the players want to go through that again or even the owners.” 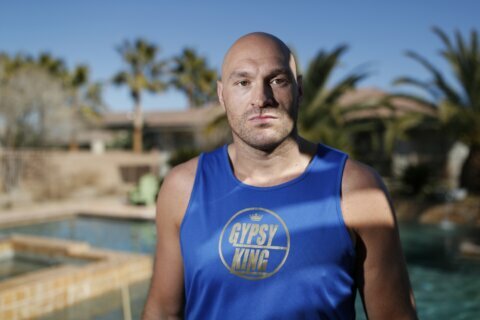 Column: As big fight looms, poolside with the Gypsy King 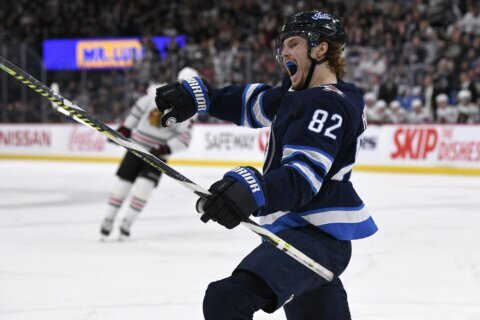 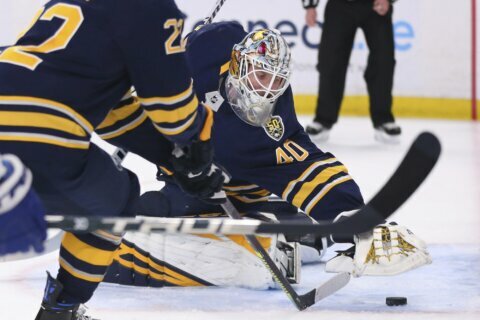