SUNRISE, Fla. (AP) — Roberto Luongo regrets not having more friends and family at his last game with the Florida Panthers. If he had known he was retiring, a decision he didn’t make until weeks later, he would have ensured that more of the people closest to him were there that night.

They’re all invited for his jersey retirement instead.

The Florida Panthers announced Monday that they will send Luongo’s No. 1 jersey to the rafters on March 7. Fittingly, the opponent will be the Montreal Canadiens — the hometown team for their now-retired goaltender.

“Hopefully, there will be a lot of people in the building to enjoy that special moment with me,” Luongo said.

Luongo will become the first Panthers player to have his number retired.

“Roberto is a cornerstone of Panthers history and an icon of the game,” Panthers owner Vincent Viola said. “He has represented himself and the Panthers with tremendous dignity, determination and a standard of excellence throughout his career. Roberto exemplifies what it means to be a Florida Panther. … There is no player more deserving to be the first Florida Panther to have his jersey number retired.”

Luongo retired in June after 19 NHL seasons, most of them with Florida. His 489 career victories are third in NHL history behind Martin Brodeur and Patrick Roy.

“There was never a question in any of our minds that Roberto would be the first Panthers player to have his number retired by the franchise,” Panthers general manager Dale Tallon said. “One of the game’s most iconic goaltenders, he gave his heart and soul to the Panthers and the South Florida community and carried himself with dignity, modesty and humor.”

Luongo is Florida’s all-time leader in wins, shutouts and saves. He was a two-time Olympic gold medalist for Canada, plus helped his home nation win two world championships and the 2004 World Cup of Hockey. He entered the offseason intending to come back for at least one more year, then realized over the next few weeks that his body didn’t want to go through what would have been a 20th season.

“I knew that I was at the point in my career where my body just didn’t want me to go through the motions,” Luongo said. “The more we got into the summer, the more I realized it was time to step away from the game.”

The Panthers previously retired two other numbers — 93 for former Panthers president Bill Torrey in commemoration of the franchise’s inaugural game being played in 1993, and 37 for original owner Wayne Huizenga, in tribute to both his being born in 1937 and that being his lucky number. 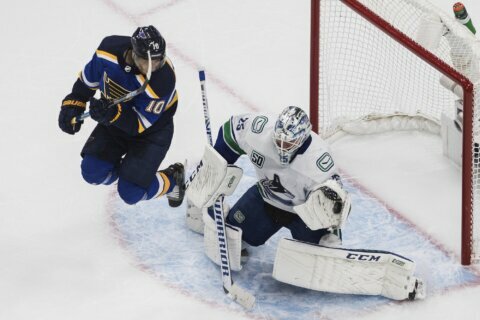 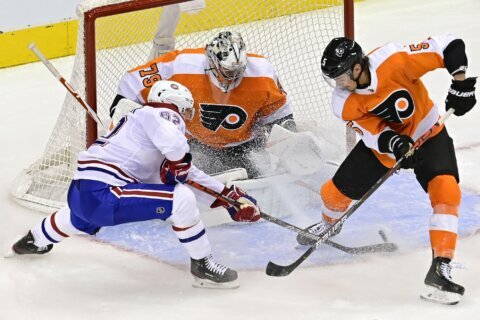 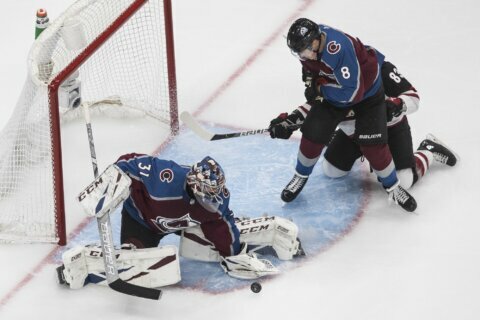