Getting another chance: Wild, Guerin good match a year later

ST. PAUL, Minn. (AP) — Interviewing for the same job twice in as many years is a rare occurrence in…

ST. PAUL, Minn. (AP) — Interviewing for the same job twice in as many years is a rare occurrence in any profession, yet there was Bill Guerin going to Minnesota once again this summer as a candidate for the general manager vacancy.

As the Wild delved deeper this time, burned by their previous pick, Guerin kept emerging from the vetting as their best choice. The obvious hope from both sides was that this unexpected second chance will serve as the genesis of an eventual championship.

“I knew more what to expect. I was always comfortable,” Guerin said. “The interview part was enjoyable because of the questions they asked. The whole process, I enjoyed it. The hard part was waiting.”

When Wild owner Craig Leipold phoned Guerin at home earlier this week, ready to offer him the position, he was first checking to simply find out if he would be available for a call about 3½ hours later. The delay was agonizing, as Guerin told his wife and daughter that day.

Pittsburgh won that elimination game of the Stanley Cup Final that year, the second of four titles that Guerin has contributed to and reveled in. The last two came with the Penguins, too, in 2016 and 2017 while he was their assistant general manager.

Though Guerin served five seasons in that role for one of the league’s premier franchises, Leipold initially declared his preference to hire a replacement for Paul Fenton with previous experience as an NHL general manager.

The further Leipold, team president Matt Majka and executive adviser Mike Modano went into the search, the more Leipold realized that wouldn’t be a deal-breaker. The fact that Guerin learned from Penguins general manager Jim Rutherford, who’ll be inducted in the Hockey Hall of Fame later this year, cemented his place at the top of the list of candidates.

“There’s something about having a clean slate that is helpful. So then we kind of moved away. We felt there were other candidates who filled what we were looking for. As we talked to more people, we learned more things, we learned things that were even more important in this process, and one was leadership, one was presence, and one was passion,” Leipold said. “We think we found it in Billy.”

He added: “I’m a firm believer that things happen for a reason. It didn’t work out last time. It’s working out this time, and for the space we’re in right now he’s the perfect candidate.”

Guerin, who was introduced at a news conference at Xcel Energy Center on Thursday, befriended Modano when they were teenagers on the U.S. national junior team. Modano, who was hired by Leipold three months ago, added the valuable perspective of a former player to the evaluation. Fenton, who was fired three weeks ago after just 15 months on the job, never played in the NHL.

“I give Matt and Craig a lot of credit. They peeled back the onion very deep just to figure out what type of guy he is, how he’s going to handle different situations. His answers were spot on. He nailed it,” Modano said.

Goalie Devan Dubnyk, center Mikko Koivu, defenseman Jared Spurgeon and center Eric Staal were among the players who attended, sitting on either side of coach Bruce Boudreau.

After a tense, unfulfilling season followed by the surprise firing of Fenton, there was a clear sense of excitement to have such an accomplished, popular and prominent figure in the sport now in charge of the team in addition to the opportunity to prove they’re still a legitimate contender for the playoffs.

“Knowing that he’s won four Cups. Knowing that he’s not overly far removed from being a player. That was important too,” said Boudreau, who will begin his fourth season on the Wild bench. “You know what the players feel like.” 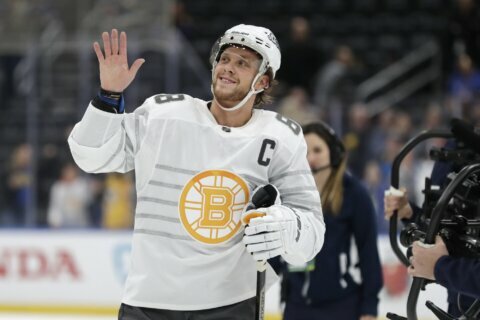 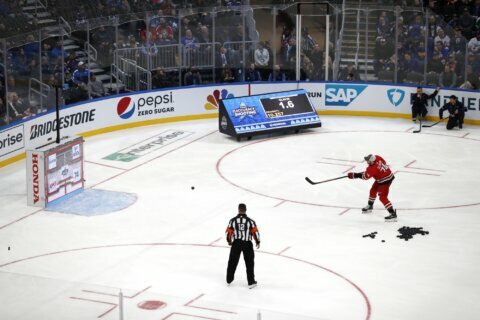 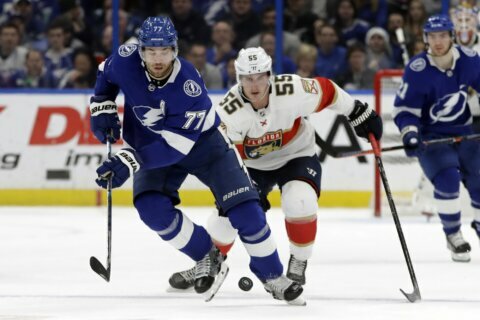