DALLAS (AP) — Pat Maroon paused briefly before thrusting both of his arms into the air, unsure if he had gotten the puck into the net to put the St. Louis Blues back in front late in a wild third period.

Maroon’s flicked shot across the body and over the right shoulder of Ben Bishop was indeed a goal, a game-winner against the Dallas Stars with 1:38 left to give the Blues a 4-3 victory and a 2-1 series lead in the Western Conference semifinal matchup.

“I think I just had more time and more time to use my hands. Usually I’m muffing it in the pads,” said Maroon, who gathered the puck before his shot. “I got it up quick. I’ve been working on that in practice, is just taking it from the back of the net and trying to lift it instead of just putting it into the pads.”

His second goal of the playoffs ended a span of just under 5 ½ minutes when both teams scored two goals , including Blues captain Alex Pietrangelo ending a 25-game drought since scoring his last goal Feb. 19.

Jaden Schwartz and Tyler Bozak each had a goal and an assist for the Blues, who are still undefeated on the road this postseason after winning all three games at Winnipeg in the first-round series they won in six games. All four of the road wins have been by one goal.

“I can’t explain it. We’ve been a good road team all year,” Blues coach Craig Berube said. “Right from the get-go we were engaged right away in the game. We were aggressive. Sets the tone for us in the game.”

Game 4 is Wednesday night in Dallas.

Pietrangelo’s one-timer with 5:36 left, for a 3-2 lead, came right after the end of a Blues power play during which Andrew Cogliano scored a short-handed goal to tie the game 1:18 earlier.

But Dallas quickly got even again at 3-3 on Tyler Seguin’s goal with 4:08 left that was his first point in this series, only to see the Blues regain the lead again when the St. Louis-born Maroon got the puck past the Stars goalie who grew up in St. Louis, then was drafted by the Blues and made his NHL debut for them.

“You see the amount of times we came back. It’s frustrating to lose a game like that,” center Jason Spezza said. “It wasn’t our best game, and we still had a chance to win.”

This is Maroon’s first season with the Blues after he played his first seven NHL seasons with three other teams, most of it in Anaheim.

“It’s his home. It’s great for him. We all love Patty,” Berube said. “It’s a big goal. To do it for your hometown team is pretty special.”

The Stars were on the power play for the final 44 seconds of the game after a delay of game penalty against Colton Parayko, a penalty that was called after a lengthy discussion by the four on-ice officials. Dallas had a two-skater advantage with Bishop out of net and on the bench, but had three shots blocked and missed another before time ran out.

“It was a great playoff game. It was back and forth, both teams were giving what they had,” Stars coach Jim Montgomery said. “I just thought the Blues did a better job possessing pucks in the offensive zone than we did.”

Alexander Radulov scored on a power play in the first period for the Stars, his team-high fifth goal of the playoffs.

St. Louis went ahead 2-1 midway through the second period when Vince Dunn passed to Robert Thomas, whose shot from the middle of the right circle got through Bishop’s legs and behind him. Bozak was there, along with Stars forward Roope Hintz, and was able to knock the puck in for his second goal of the playoffs.

Even with the wild finish, Binnington had another solid performance in net, including a stop of Radulov’s backhand on a breakaway just seconds after the Blues had taken the 2-1 lead in the second. The rookie also had a lead-protecting shot early in the game when he smothered a shot into his gut by Stars captain Jamie Benn, who had already had a shot slip into the outside of the net.

The Blues led 1-0 only 87 seconds into the game when Ryan O’Reilly made a pass from behind the net to Parayko, whose shot from the blue line was hit so hard that Schwartz’s stick was reverberating when he deflected the puck past Bishop for the goal.

Dallas got even on a power-play goal in the first by Radulov, who was sliding backward in front of the net and connected on a quick wrister on a pass from Jason Spezza.

NOTES: On the short-handed goal for the Stars, Brayden Schenn pushed a puck to the other end. Mattias Janmark chased down the puck for the Stars and pushed it toward the net. Cogliano scored after knocking in his own rebound. … Jay Bouwmeester assisted on both St. Louis goals in the third period. … Before their four-game road winning streak so far in the playoffs, the Blues were 12-4-4 in their last 20 regular-season games away from home.

Game 4 is Wednesday night in Dallas, before the series shifts back to St. Louis. 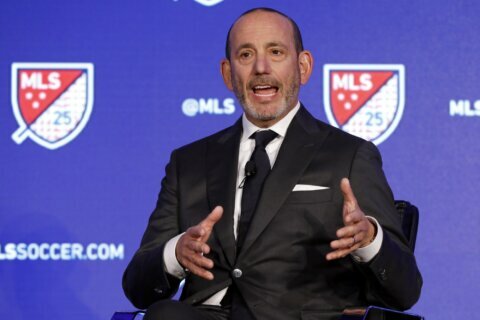 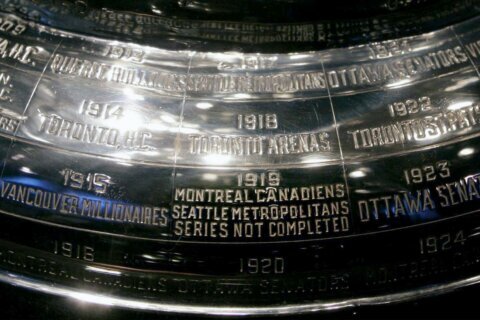 In another century, another pandemic ended Stanley Cup final 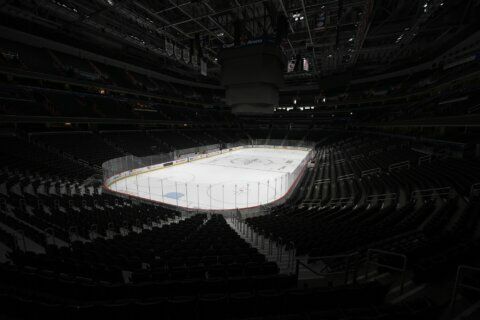