TURNOVER DIFFERENTIAL: Lions plus-4; Panthers minus-2.

LIONS PLAYER TO WATCH: QB Jared Goff. Goff has been playing well of late for the Lions and taking care of the football. The Lions have won six of their past seven games and Goff has thrown 11 touchdown passes with one interception while averaging 235.8 yards per game through the air during that span. Carolina’s pass defense struggled last week against Pittsburgh, but that was without cornerback C.J. Henderson, a 2020 top-10 draft pick, on the field for the second half. Henderson is expected back this week.

PANTHERS PLAYER TO WATCH: WR D.J. Moore. Moore finished last week with a team-high five catches for 73 yards and a touchdown, his fifth of the season marking a career high. Moore has 4,991 yards during his five-year NFL career and need 9 yards to become the fourth player in franchise history to eclipse 5,000 yards receiving. The Lions are 30th in the league against the pass, so Moore should have plenty of chances.

KEY MATCHUP: Panthers RBs D’Onta Foreman and Chuba Hubbard vs. Lions defense. The Panthers are coming off a rough weekend, were held to 21 yards on 16 carries as a team. Foreman had just 9 yards on 10 carries. But the Panthers will look to stick with their strengths and pound the ball against a suspect Lions defense, all the while looking to control the clock and keep Detroit’s high-powered offense off the field. The Lions are 26th in the league against the run, allowing 133.4 yards per game and 4.8 yards per carry.

KEY INJURIES: Detroit S DeShon Elliott (shoulder) is not expected to play and that would be a setback for a team that has given up a lot of big plays in the passing game. … FB Jason Cabinda didn’t practice Wednesday because of an illness, the latest in a long line of players on the team to miss practices for that reason this month. … For the Panthers, C.J. Henderson is expected to play after sitting out the second half of Sunday’s game against the Steelers. CB Jaycee Horn (shoulder) was held out of practice on Wednesday, but said he expects to play.

SERIES NOTES: The Panthers have dominated the series, winning seven of the past nine meetings, including five straight at Bank of America Stadium.

STATS AND STUFF: Detroit has won six of seven after a 1-6 start. … Detroit’s improvement against the run has been a key in its turnaround. The Lions have given up just 72 yards rushing over the past two games and an average of 84 over five games after allowing an average of 161.3 yards rushing in the first nine games. … WR Amon-Ra St. Brown is one of four NFL players with six-plus catches in at least 10 games. … LB James Houston, a sixth-round pick, has five sacks in his first four games and Elvis Dumervil (2006) is the only other NFL rookie to do that since 2000. … Despite having a losing record, the Panthers can win the NFC South by winning their final three games. … LB Shaq Thompson has had at least 100 tackles in four straight seasons. … DE Brian Burns needs five sacks to break the team’s single-season record. He has 10 1/2 this season. … Since his overtime miss against the Atlanta Falcons in Week 8, K Eddy Pineiro has made 14 straight field goals, including nine in the past three weeks.

FANTASY TIP: Lions RB Jamaal Williams is one of the league’s top goal-line backs with 14 touchdowns. It would have been 15 last week, but he had one TD run nullified by a holding penalty. Williams hasn’t put up big numbers in the past seven games, averaging no more than 3.7 yards per carry in any of those games. D’Andre Swift has been steadily working his way back from injury and taking some of Williams’ reps. 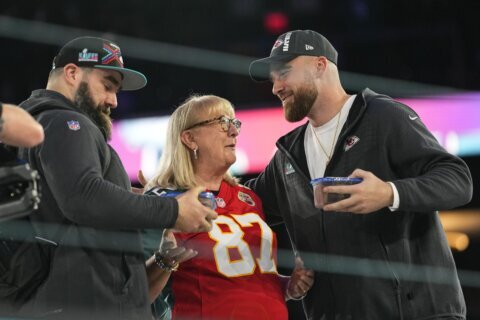 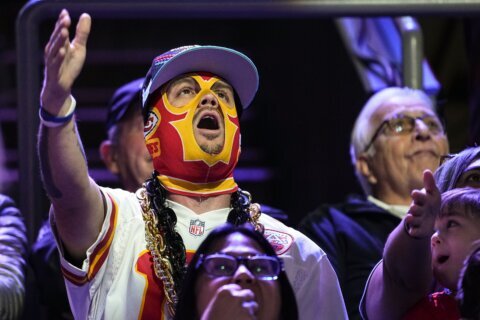