MIAMI GARDENS, Fla. (AP) — Mike McDaniel understands the NFL is a results-oriented business, but he thought the Miami Dolphins showed plenty of positive signs in their 32-29 loss to Buffalo on Sunday.

“I think that is night and day from the football we’ve played since the bye,” McDaniel said. “So had we played like that for the whole season, we’d be feeling a lot different because it wouldn’t be the third loss in a row.”

Behind an improved performance from quarterback Tua Tagovailoa and the Dolphins’ offense, Miami held a fourth-quarter lead against the Bills and were a few missed opportunities away from sweeping Buffalo for the season.

But there are no consolation prizes in the NFL. And after dropping its third straight game, Miami needs two wins in its final three games to make the postseason.

The Dolphins (8-6) dropped to the AFC’s seventh playoff spot Sunday after the Los Angeles Chargers defeated the Tennessee Titans. The Chargers (8-6) took Miami’s spot as the sixth seed because of their win over the Dolphins in Week 14.

Miami is slipping at the wrong time, but the Dolphins will make the playoffs in McDaniel’s first year as head coach if they beat New England in Week 17 and the Jets in Week 18. Miami will host Green Bay on Christmas Day.

The Dolphins are definitely in if they win out, and their performance against the Bills showed they are capable of winning all of their remaining games.

“All right, we’ve came back home with three losses,” Tagovailoa said. “Why in this game did we come out with a loss? What can we get better from this loss to go into next week to improve our chances to win? I like to look at all the goods that our team has displayed tonight against a really tough divisional opponent.”

Miami ran the ball surprisingly well against a Bills defense that doesn’t give up much on the ground. The Dolphins rushed for 188 yards on 7.5 yards per carry and put up 405 yards of offense against Buffalo in blustery conditions.

But late in the game, McDaniel went away from what was working on the ground and questionably opted to pass on several third-and-short situations, and the Dolphins did not convert. Miami finished the game 5 of 14 on third down.

McDaniel said Miami strayed away from the run game down the stretch to “stay ahead” of Buffalo’s defense.

“I think when they adjust, we had to give them a reason to play single safety,” he said. “I think they played four snaps of man the first time we played them. So you have a choice – you can either play scared or you can try to continue doing what your offense is built to do. And if they’re blitzing five-man pressures to stop the run, it’s going to get ugly.”

Miami can point to missed opportunities as one of the biggest reasons for its three-game skid. The Dolphins were not able to run the ball against San Francisco and, more surprisingly, a banged-up Los Angeles defense. Against Buffalo, Miami settled for field goals in the first half instead of touchdowns as dropped balls kept the Dolphins out of the end zone. Those misses were the difference in a game decided by a field goal.

With Jeff Wilson (hip) inactive, RB Raheem Mostert had 136 yards rushing on 17 carries as Miami’s lead back. He averaged 8 yards per carry and had a 67-yard rush in the first half that set up a field goal. It was Mostert’s best rushing output of the season, and best since Week 5.

The run defense. The Dolphins continue to struggle against running quarterbacks. Allen led Buffalo with 77 yards rushing in addition to his 304 passing yards. Miami gave up 119 yards rushing to Lamar Jackson in Week 3 and 178 yards rushing to Justin Fields in Week 9.

72 — Miami currently has a 72% chance to make the playoffs, according to Fivethirtyeight.com, but its margin for error is small, as that number drops to 19% with losses to the Patriots and Jets.

The Dolphins will be favored when they host Green Bay on Christmas Day. They will close the season on the road against New England, who they beat in Week 1, then at home against the New York Jets, who they lost to in Week 5. 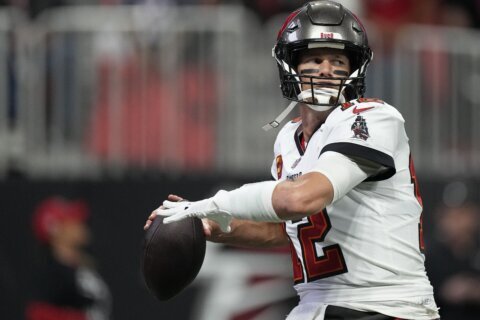