TURNOVER DIFFERENTIAL: Dolphins minus-3; Bills plus-2

DOLPHINS PLAYER TO WATCH: LB Jaelan Phillips has had at least half a sack in each of his past four games and is tied for the team lead with six this season. Phillips has been one of Miami’s best pass rushers in recent weeks, rushing from multiple spots on the line.

BILLS PLAYER TO WATCH: DE Greg Rousseau had two sacks against the Jets to increase his season total to five. The Bills are counting on the second-year player to step up in the absence of Von Miller, who will miss the remainder of the season with a knee injury.

KEY MATCHUP: CB Tre’Davious White against Dolphins WR Tyreek Hill. After being eased back into action in his first two games after missing a year recovering from a torn knee ligament, White played all 74 snaps last weekend. The Bills top pass defender is expected to shadow Hill, whom he’s familiar with in past games when the receiver was with Kansas City. With the Chiefs, Hill was limited to a combined 17 catches for 124 yards in three regular-season meetings against Buffalo, with White playing. Hill roasted the Bills in two playoff meetings — one without White — by combining for 20 catches and 322 yards and a touchdown. The Bills, minus White, limited Hill to two catches for 33 yards in September.

INJURIES: Dolphins WR Hill (ankle) was listed in Wednesday’s walkthrough as a full participant … LT Terron Armstead (toe/pec/knee) and RB Jeff Wilson did not participate Wednesday, but neither player has been ruled out for Saturday. … QB Teddy Bridgewater was limited Wednesday. … Bills LB Matt Milano missed two straight practices with a knee injury before working out on a limited basis on Thursday. He had a team-leading nine tackles and recovered a fumble playing through the injury on Sunday. … DT Jordan Phillips (shoulder) will miss his second game, and starting RG Ryan Bates (ankle) has also been ruled out.

SERIES NOTES: The Bills have won nine of the past 11 meetings since last being swept by the Dolphins in their two-game season series in 2016. … Last year, Buffalo outscored Miami by a combined margin of 61-11. … The Bills lost to Miami in September despite outgaining the Dolphins 497-212.

STATS AND STUFF: The Bills have four playoff-clinching scenarios to secure their fifth postseason berth in six seasons under coach Sean McDermott and GM Brandon Beane. The easiest route is for the Bills to simply win. … The Dolphins are seeded sixth in the AFC playoff race entering Week 15. They’ve qualified for the postseason just twice in 20 years, the previous time in 2016. … Miami is trying to avoid its second three-game losing streak of the season. … The Dolphins play in their third straight road game. Miami is 3-4 on the road this season. … The Dolphins have had just 14 first downs in each of the past two games, their fewest this season. … According to Next Gen Stats, the Chargers allowed Miami to complete just one pass on eight attempts against press coverage. … Tua Tagovailoa’s 65.3 passer rating against the Chargers was his lowest this season in games that he finished. His 10 completions were the fewest in such games this season. … Hill reached a top speed of 21.78 mph on his 57-yard fumble return TD against the Chargers. He traveled a total distance of 93 yards, according to Next Gen Stats. Since 2018, Hill has surpassed 20 mph on 54 touches, more than double the next closest player (Saquon Barkley: 23). … The Bills are 10-3 or better through their first 13 games for the seventh time in team history, and second time in three seasons. … QB Josh Allen is 22-4 over his career and 3-0 this season when not committing a turnover. By contrast, he’s 27-20 overall and 7-3 this season, with an interception or lost fumble. … Allen had 2,198 yards passing and 19 TDs with six interceptions through his first seven outings. In his past six, he’s combined for 1,355 yards and seven TDs with five interceptions. … In six starts on games played on Saturday, including playoffs, Allen has gone a combined 135 of 209 for 1,669 yards and 12 touchdowns and no interceptions. … WR Stefon Diggs’ 94 catches are tied with Eric Moulds for fourth most on the Bills’ single-season list. With seven more catches, Diggs will hold the top three spots on the list in just three seasons in Buffalo. … The outing marks only the fourth time in NFL history featuring two players with 1,200 or more yards receiving in Week 15 or earlier. Hill ranks second in the NFL with 1,460 yards, and Diggs is fourth with 1,239. … The Bills are the NFL’s only team to top 100 yards rushing in each of their 13 games this season. … The Bills have won four straight despite not getting an interception. The previous NFL team to win five straight without an interception was Dallas, which went 6-0 without a pick from Oct. 30 to Dec. 1, 2016.

FANTASY TIP: With snow in the forecast, the conditions might be challenging for either team to mount much of a passing attack. Allen’s dual threat as a runner should give him the edge over Tagovailoa. 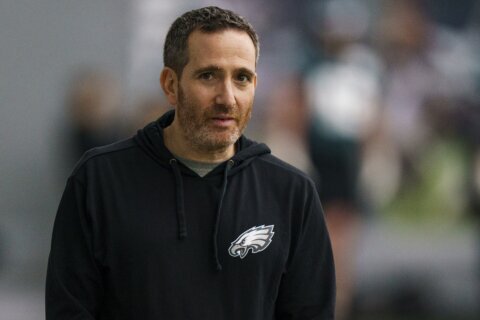 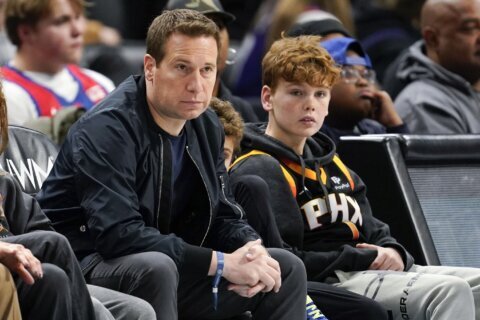 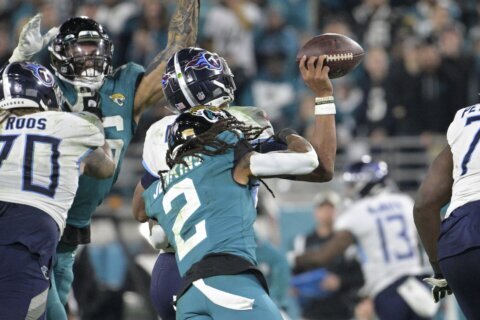