THOUSAND OAKS, Calif. (AP) — The Los Angeles Rams have placed receiver Van Jefferson on the injured list during his recovery from knee surgery, opening a roster spot to sign defensive back Grant Haley from the practice squad.

The Rams (1-1) moved Jefferson to the injured list Saturday before they traveled to Arizona to face the Cardinals on Sunday.

Jefferson had surgery early in training camp, but Rams coach Sean McVay repeatedly said Jefferson had a chance to get back in the lineup to start the season. Instead, Jefferson will be out through the Rams’ bye week in late October, missing at least the first six games.

Jefferson started all 21 games for the Super Bowl champions last year, catching 50 passes for 802 yards and six touchdowns in the regular season as a contributor behind Offensive Player of the Year Cooper Kupp and later Odell Beckham Jr.

Haley was signed to the Rams’ active roster last December, and he played in nine straight games through the Super Bowl, participating mostly on special teams. 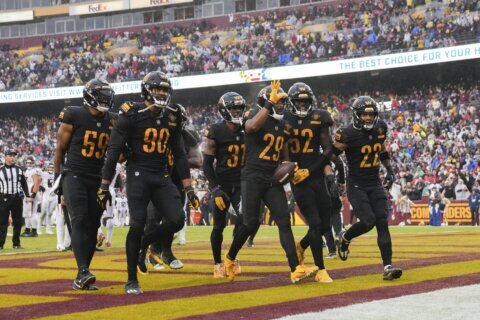