NEW YORK (AP) — The texts started flooding D.J. Reed’s phone moments before he was about to take the field for pregame introductions.

“Condolences to your dad,” read one from the New York Jets cornerback’s cousin.

“Your dad passed away,” said another from his uncle. “Rest in peace.”

His heart sank. Dennis Reed Sr. — his father, idol and hero— was gone.

Reed gathered himself after a few moments, jogged onto the MetLife Stadium field to join his teammates on the sideline Sunday for the season opener on the 21st anniversary of the Sept. 11 attacks — and broke down.

“The national anthem was playing and I just was crying and stuff,” Reed recalled Monday. “Yeah, it was emotional, man.”

After an 18-year battle with multiple sclerosis, Reed’s father died Sunday back home in Waterloo, Iowa. He was placed on life support last week and was breathing through a tube — but later told doctors he wanted it removed.

Reed’s mother Linda called him last Wednesday to tell him his father wasn’t going to survive much longer. So he spoke to his father — Dennis Reed couldn’t speak, so he listened to his son one final time.

Dennis Reed breathed on his own two more days before taking a turn and dying Sunday morning.

“He fought it,” D.J. Reed said. “The thing that I loved about my dad is, in front of me and talking on the phone with him, he always had a sense of humor. He was always smiling, chuckling, joking, cracking jokes, just trying to make light of things.

“I learned a lot from his personality and doing that during tough times.”

The 25-year-old Reed’s love for sports developed from his dad, who got him into football, wrestling, soccer, basketball and tennis, among others.

“When he was healthy, he was active very well in my life, like a great father and all that,” Reed said. “And he got sick and it kind of deteriorated his body and stuff, so he couldn’t be there like he wanted to be there.”

But his influence was always present.

Like when Reed was at Independence High School in Bakersfield, California, and became the first athlete in school history to be selected team MVP in both football and basketball. And in college stops at Fresno State, Cerritos College and finally Kansas State, where he developed into a fifth-round draft pick by San Francisco in 2018.

After two seasons with the 49ers, Reed broke out in Seattle after being claimed on waivers. A big payday came in March, when he signed a three-year, $33 million contract with the Jets to be their No. 1 cornerback.

But before he made his regular-season debut with his new team came the news about his father.

That’s exactly what Reed did in a terrific debut for the Jets, allowing no catches in the 24-9 loss, forcing a fumble and intercepting Lamar Jackson late in the fourth quarter.

After coming down with the ball, Reed ran to midfield, knelt on the NFL logo and raised his arms — with the football in his right hand.

Some assumed it was ill-timed showboating. It was actually Reed honoring his late father.

“It was just deeper than football when I got the interception,” he said. “I already knew what I was going to do and that’s what I did.”

Some of his coaches and teammates were unaware of what Reed was dealing with until seeing his Twitter post on the ride home.

“Obviously a very, very tough day for D.J.,” said coach Robert Saleh, who was told before the game. “Heart goes out to him and his family. D.J. is a pro’s pro, a man’s man.”

Reed is unsure if he’ll attend his father’s funeral in Iowa, saying the two “already chopped it up” in their numerous conversations over the last several months. Being around his teammates, Reed said, and not dwelling on his loss might be best.

He and his girlfriend are expecting a baby girl in two months, and Reed is disappointed his father won’t get to meet her during the offseason.

“That’s what really had me emotional,” Reed said. “Definitely that was like one of the first things to do is go take my daughter to go see her grandfather. So for that not to happen, it was tough.”

But he knows his father will always be with him. Still watching and rooting for him.

“I’m paying tribute to my dad this year, for sure, the whole year,” Reed said. “That’s what I told myself: This season’s for my dad.” 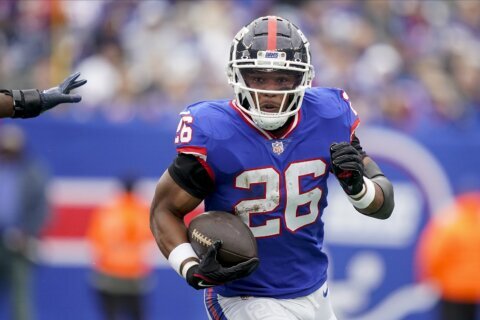 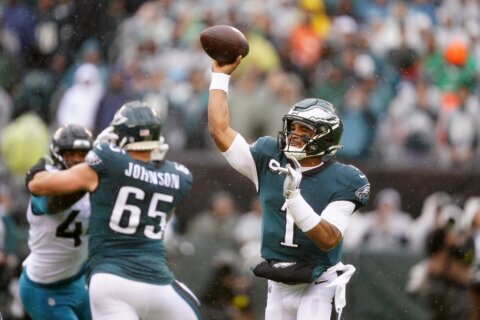 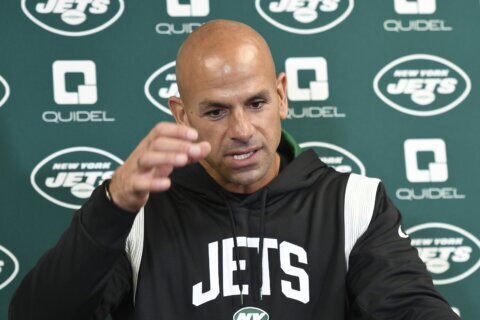