Bengals will try to extend recent domination of Steelers

BETTING LINE: Bengals by 6 1/2, according to FanDuel Sportsbook.

TURNOVER DIFFERENTIAL 2021: Steelers plus-2, Bengals even.

STEELERS PLAYER TO WATCH: QB Mitch Trubisky. The No. 2 overall pick in the 2017 draft signed a two-year deal with Pittsburgh in March in hopes of resurrecting his career. Trubisky flamed out in four seasons in Chicago before spending 2021 as Josh Allen’s backup in Buffalo. The 28-year-old played well during the preseason while fending off a spirited challenge from rookie first-round pick Kenny Pickett. Trubisky’s legs will give the offense a dimension it lacked under Ben Roethlisberger. Trubisky may have to rely on that mobility heavily behind an offensive line that looks very much like a work in progress.

BENGALS PLAYER TO WATCH: QB Joe Burrow passed for a a team-record 4,611 passing yards in 2021, bettering the 4,293 by Andy Dalton in 2013. He was the catalyst for a Bengals team that made an improbable run to the Super Bowl for the first time in 33 years. Burrow also was battered. He was the most-sacked quarterback in the NFL, going down a combined 19 times in four postseason games. The Bengals acted quickly in the offseason to rebuild the offensive line, which has four new starters.

KEY MATCHUP: Pittsburgh’s secondary against Cincinnati’s passing game. The Bengals bolstered their offensive line during the offseason in hopes of better protecting Burrow and giving him time to work with perhaps the best wide receiver group in the NFL. Burrow tossed four touchdowns as the Bengals swept their two meetings with the Steelers in 2021. With it likely harder to get to Burrow in 2022 than it was last year, Pittsburgh’s back end — led by star safety Minkah Fitzpatrick — will need to find a way to keep Ja’Marr Chase in check.

SERIES NOTES: Cincinnati has won the past three in the series, dominating the Steelers twice in 2021 — 24-10 in Pittsburgh and then 41-10 at Paul Brown Stadium (now known as Paycor Stadium). Mixon ran for 165 yards and two touchdowns in the second meeting. … Before the Bengals won in Cincinnati in December 2020, Pittsburgh had won 11 straight in the series going back to 2015. … The longest previous win streak by the Bengals in the series was six in 1988-91. … The Steelers won wild-card playoff games at Paul Brown Stadium in the 2005 and 2015 seasons. … The Steelers won the first-ever meeting of the teams, 21-10 on Nov. 2, 1970.

STATS AND STUFF: This is the eighth straight season the Steelers have opened the season on the road. Pittsburgh is 4-2-1 in openers during this stretch. … Trubisky is the first quarterback other than Roethlisberger to start a season opener for the Steelers since Charlie Batch filled in to start the 2010 season while Roethlisberger served a four-game suspension for violating the league’s personal conduct policy. … Trubisky went 29-21 as a starter in four seasons with Chicago, twice leading the Bears to the playoffs. … Steelers LB T.J. Watt, the reigning NFL Defensive Player of the Year, tied a league record with 22 1/2 sacks in 2021. Watt is one of two players in league history to have at least 13 sacks in four consecutive seasons (2018-21). … Pittsburgh is hoping to bounce back after finishing last in the NFL against the run in 2021. The Bengals ran for 294 yards in their two victories over Pittsburgh a year ago. … Steelers RB Najee Harris set a franchise rookie record by running for 1,200 yards in 2021. … Harris didn’t fumble once in 381 touches last season. … Pittsburgh coach Mike Tomlin’s 154 wins are tied with Hall of Famer Don Shula for the most victories by a head coach in his first 15 seasons. … Burrow was efficient against the Steelers last year, completing 14 of 18 with three touchdowns in the first meeting and was 20 for 24 with a touchdown in the second. … The Bengals overhauled their offensive line after last season, signing free agents Alex Cappa (Tampa Bay), La’el Collins (Dallas) and Ted Karras (New England). Rookie Cordell Volson won the starting job at left guard. … Cincinnati WR Ja’Marr Chase had a team-record 1,455 receiving yards last season and was voted NFL Offensive Rookie of the Year. … Bengals P Kevin Huber, who is in his 14th season, is set to break a franchise record for most games played. His 208th game will break a tie with former CB Ken Riley. … Cincinnati held out most of its starters for the three preseason games.

FANTASY TIP: Bengals receivers Chase, Higgins and Tyler Boyd will get their numbers this season, but if the Cincinnati offensive line is as good as expected, RB Joe Mixon could have a big day against the Steelers run defense. 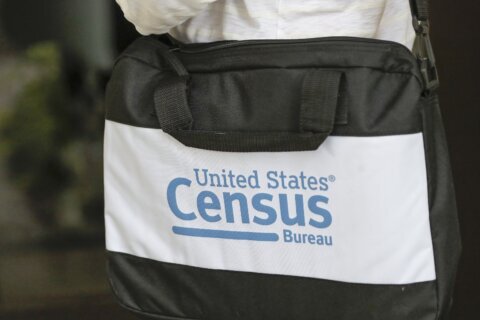