He’s a first-time head coach trying to turn around a founding NFL franchise, and the next big step comes this week when the Chicago Bears host the San Francisco 49ers in the season opener.

“It’s part of the journey. It’s part of your story that you’re writing, that you help write with everybody else that’s helping you. And you certainly reflect on that as you go.”

The Bears hired general manager Ryan Poles and Eberflus to replace the fired Ryan Pace and Matt Nagy after going 6-11 and missing the playoffs for the ninth time in 11 years.

They have since been restructuring the roster and implementing a culture they hope points the franchise in a different direction. As he looked ahead toward the opener, Eberflus took time over the weekend to look at the franchise’s past.

He read through a book published a few years ago, in connection with the franchise’s 100th anniversary. One thing that impressed him was the barnstorming tour led by Red Grange, just after he dropped out of the University of Illinois, in the winter of 1925 and 1926. The 19-game showcase to boost a struggling league played out over 67 days in 17 cities.

“I think it’s really important for the history to be known for the guys,” Eberflus said Monday.

It’s something he tries to impart to his players, whether he’s reading about the barnstorming days, the dominant decades of “The Monsters of the Midway” or bringing in stars from the more recent past such as Charles Tillman to talk to the current group.

Chicago’s only other appearance came at the end of the 2006 season, when the Bears lost to Indianapolis. Since then, they have just three trips to the playoffs and one postseason victory.

The 52-year-old Eberflus spent the past four seasons as Indianapolis’ defensive coordinator. He had a seven-year run coaching linebackers in Dallas prior to that.

Eberflus was also on staff in Cleveland after several college stops, including time as defensive coordinator at Missouri. Eberflus, a former linebacker at the University of Toledo, began his coaching career at his alma mater and hometown school.

In Chicago, he has drawn praise from Poles and players for his organization and the tone he is setting. He stresses the “HITS” principle — his acronym for Hustle, Intensity, Takeaways and playing Smart — and counts loafs in practice.

“I love that dude,” Poles said last week. “He is detailed, he is organized, he has people around him to help him be organized. He is consistent. His message is clear. There is no gray area. When he approaches the team meeting and gets in front of the guys, he’s got juice. But it’s not fluff. It’s not fake. It’s real.”

He said the energy Eberflus exudes is palpable and the players “love it.”

“I love it,” Poles added. “I’m so pumped about his leadership and how he’s going to lead this team.”

NOTES: WR Byron Pringle (quad) and C Lucas Patrick (right hand) returned to practice on Monday. “We’ll see what happens throughout the week,” Pringle said when asked if he’ll play in the opener. “We’ll have a practice Wednesday and we’ll see. Today I felt great though.” 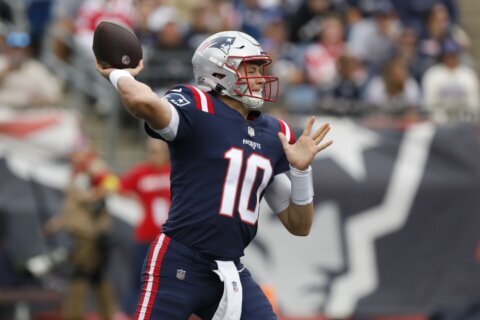 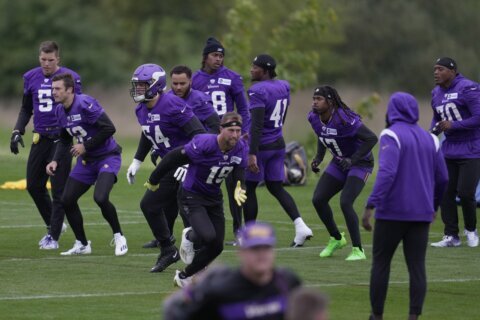 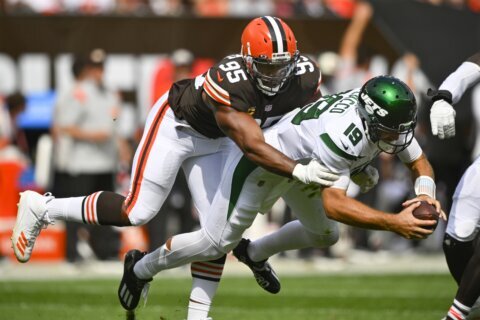