MINNEAPOLIS (AP) — After another inconsistent preseason performance, the Minnesota Vikings added another quarterback to the competition to be the…
Listen now to WTOP News WTOP.com | Alexa | Google Home | WTOP App | 103.5 FM

MINNEAPOLIS (AP) — After another inconsistent preseason performance, the Minnesota Vikings added another quarterback to the competition to be the backup to Kirk Cousins.

The Vikings announced the deal Monday and said it will be finalized as soon as Mullens passes a physical. The Raiders will get the 2024 pick only if Mullens is on the active roster for at least one game this season.

Mullens will compete with second-year player Kellen Mond and veteran Sean Mannion, who both struggled to move the ball much against San Francisco in Saturday’s second preseason game.

“You would have loved to come out of tonight feeling like, ‘Shoot, they both moved the team and scored a lot of points and we’ve got a heck of a hard discussion and conversation ahead as a staff and as an organization,’”

Minnesota coach Kevin O’Connell said Saturday. “Although we didn’t do that, I still think there’s some real teachable moments and then some real moments where we’ll be able to evaluate and kind of really look at where we are at that position as we kind of restack everything to go into this week.”

Mond and Mannion have split time this preseason with Cousins sitting out. Mond, the team’s third-round pick in 2021, threw two TD passes in the Vikings’ exhibition opener against Las Vegas but had two interceptions against San Francisco.

Mannion, who has thrown 110 passes in seven seasons as a backup in the NFL, was 18 of 27 in two preseason games, but averaged 5.33 yards per attempt.

Combined Mond and Mannion were 20 of 35 for just 147 yards, and the offense generated only 195 yards Saturday. O’Connell said he’s been pleased with the backs and offensive line in the running game, so he was more focused on the passing game against San Francisco.

“We’re trying to see who can come off the bench and help us win a football game,” O’Connell said. “We’ll go back and watch it, and coach those guys up hard. I know I obviously can be better for them with some better, timely play calls to get them going. But, for the most part, we just got to try to continue to improve, limit the turnovers and see who can win this thing.”

Mullens, 27, has appeared in 20 career games with 17 starts with San Francisco and Cleveland since entering the league as an undrafted free agent with the Niners in 2017.

Vikings general manager Kwesi Adofo-Mensah knows Mullens well, having spent time with him during his tenures in both San Francisco and Cleveland.

Mullens was 21 for 29 for 205 yards and a TD in three exhibition games for the Raiders this summer.

The trade by Las Vegas clears the way for Jarrett Stidham to be the backup behind Derek Carr. Stidham had started all three preseason games, going 25 for 40 for 244 yards, no touchdowns and no interceptions. He also ran for two scores.

Stidham has thrown 48 passes in three seasons as a backup in New England before following coach Josh McDaniels to Las Vegas this offseason. 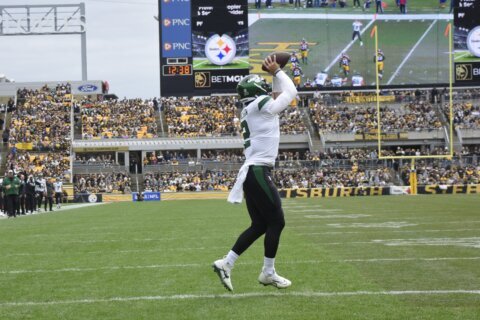 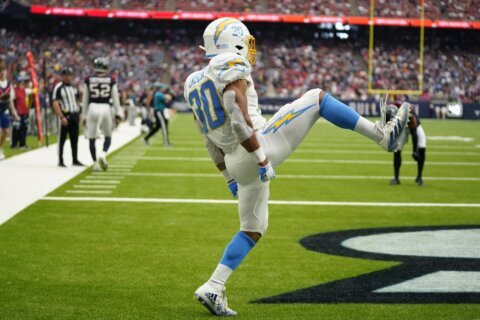 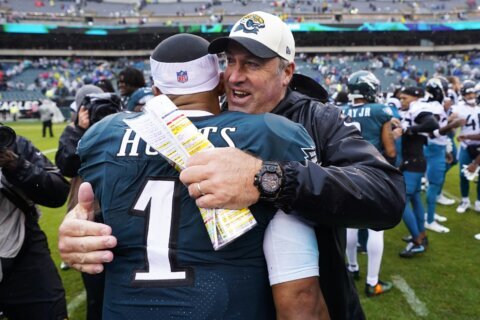