Johnson, who’s 36 years old and playing for his 14th NFL team, threw a pair of first-half touchdown passes and the Broncos beat the penalty-prone Dallas Cowboys 17-7 on a starless and rainy Saturday night.

“I’m just enjoying the ride, honestly,” Johnson said. “… I like to say for us backups, the preseason is the season.”

Johnson was signed in the offseason to compete with Brett Rypien for the job backing up Wilson, who sat this one out along with Cowboys QB Dak Prescott.

Rypien was 8 of 18 for 113 yards, including a 42-yard strike to Jalen Virgil from his own 1. Both Johnson and Rypien drew praise from new Broncos coach Nathaniel Hackett, who won his NFL head coaching debut, albeit in a preseason game that won’t really count.

Cooper Rush got the start for Dallas and was 12 of 20 for 84 yards and an interception. Ben DiNucci (9 of 16 for 112 yards) finally got the Cowboys on the board with a 12-yard TD toss to Simi Fehoko with just under five minutes remaining, capping a 16-play, 95-yard drive.

The Cowboys committed a whopping 17 penalties for 129 yards 48 hours after Denver’s front-line defense got the better of Dallas’ first-string offense in a chippy joint practice that featured a half-dozen skirmishes.

“The penalties clearly were way too much,” Cowboys coach Mike McCarthy said. “We’ll look at those … as far as the ones that were combative versus discipline. That’s clearly the biggest negative, but I’m actually excited to watch the tape. I want to see these young linemen, our run blocking unit. I think they stepped up and did some good things.”

Minus Ezekiel Elliott and most of the other starters, the Cowboys ran for 141 yards on 28 carries, a 5-yard average.

After yielding 17 second-quarter points, the Cowboys turned away Denver with a goal line stand on the Broncos’ first drive after halftime when cornerback Kyron Brown broke up Rypien’s pass to Darrius Shepherd on fourth-and-goal from the 3.

Only a handful of regulars started for each team, including Broncos inside linebacker Jonas Griffith, who injured his left elbow on the game’s second snap and didn’t return. Hackett had no update after the game.

Johnson overcame a slow start to throw for 172 yards and two touchdowns on 16-of-23 passing. He hit Seth Williams from a yard out and added a 24-yarder to Kendall Hinton. Williams’ grab followed a 40-yard reception by rookie Brandon Johnson, son of former Colorado Rockies catcher Charles Johnson.

Brandon McManus sent the Broncos into halftime with a 17-0 lead by nailing a 52-yarder at the end of the first half.

The game also marked the introduction of the Broncos’ new Walton-Penner ownership group, which purchased the team from the Pat Bowlen Trust for a record $4.65 billion, and new team president Damani Leech.

Even though Wilson didn’t play, the crowd was relatively large for a preseason game — 64,541.

Here was the stat line for Dallas at the start of the fourth quarter:

Cowboys: TE Ian Bunting (neck) sat out. He was injured in practice Thursday.

Broncos: CB Michael Ojemudia was evaluated for a concussion late in the first quarter.

McManus was wide right on a 57-yard attempt as the first half expired, but Dallas cornerback Kelvin Johnson was offside, setting up an untimed play, and McManus nailed it from 52 yards out.

Dallas K Lirim Hajrullahu was wide right on a 56-yard try early in the fourth quarter.

The Broncos didn’t play running backs Javonte Williams and Melvin Gordon, and their backups were held to just 39 yards and a 1.8-yard average.

“Yes, it’s always great to win, but in the end we’ve got a lot of work to do,” Hackett said. “That run game was not good enough. … We’re not going to be able to consistently win without getting that run game going.”

Baron Browning moved from inside linebacker to outside linebacker this offseason and had a solid camp. On Saturday night, he had a sack, a pass breakup, three tackles and a quarterback hit.

“He was around the quarterback quite a bit,” gloated Hackett. 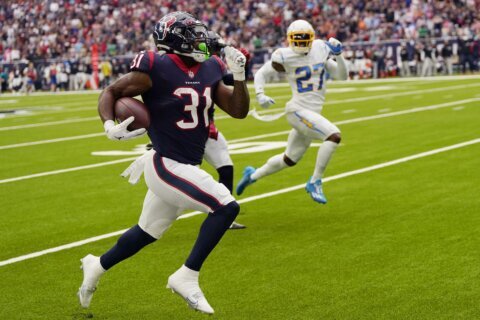 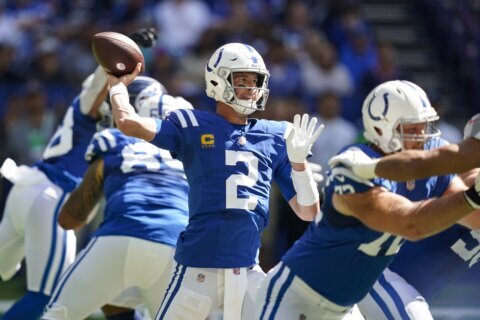 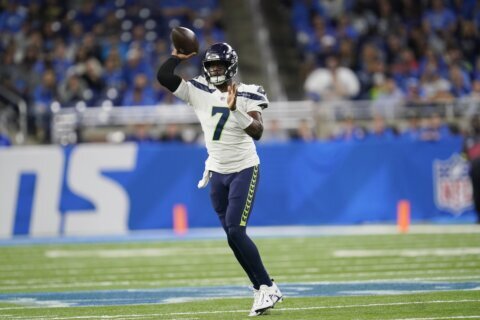