EAST RUTHERFORD, N.J. (AP) — Veteran wide receiver Sterling Shepard returned to practice on Wednesday, a little more than eight months after tearing his Achilles tendon in a game against Dallas in late December.

New York activated its current longest-tenured player off the active-physically unable to perform list. The 29-year-old took part in the afternoon workout, one day before a joint practice with the New York Jets at the Giants training camp in the Meadowlands.

Shepard referred questions about whether he would be ready for the season opener in Tennessee against the Titans to coach Brian Daboll and the medical staff.

The seven-year veteran who was drafted in the second round in 2016, laughed when asked if any teammates either asked him to carry their helmets — a chore for newbies — or asked him to introduce himself. Instead, he got warm welcomes back.

“I love the game and I love being around them,” Shepard said of his teammates. “It’s one of my favorite things in the world, besides my kids and my family, being out here playing with those guys. I’m just going to cherish every day.”

Shepard has been through a lot since his injury. He had surgery and then he saw the Giants fire general manager Dave Gettleman and coach Joe Judge after a 4-13 mark last season. Joe Schoen was hired as the new GM and he went to his Buffalo roots and hired Daboll, the Bills offensive coordinator.

It left Shepard not knowing whether he would be included in their future plans. He reworked his contract and took a lower salary and also agreed to make this the final year of his deal so he could stay with the Giants.

His focus is to get the Giants back on track after five straight losing seasons.

Daboll said the Giants will ramp up Shepard’s workload gradually.

“He’s rehabbed well. He’s done a good job,” Daboll said. “So, it will be good to get him back out here. He’s a good player for us.”

Shepard has spent the past eight months working extremely hard to be ready for training camp. He was placed on active PUP when camp opened so he could be taken off the list when he was healthy enough with the team not having to make a roster move.

“Just being back on the field. I mean, it’s a blessing, especially when you go through an injury like that and you’ve been on the sidelines for so long watching those guys get after it,” Shepard said.

For the past three weeks, Shepard has worked with the training staff away from practice or inside the team headquarters. He attended team and receiver group meetings. He has occasionally walked over to watch practice, all the time wearing a red No. 3 pinnie. Pinnies are given to injured players and signify no contact allowed.

“We had to burn it,” Shepard said of the pinnie. “I don’t ever want to see it again.”

Shepard was limited to 36 catches for 366 yards and one touchdown last season in seven games. He had hamstring, quad, and finally the Achilles injury. He appeared in 12 games in 2020, and 10 in 2019 because of injuries. His last full season was 2018 when he had 66 catches for 872 yards and four TDs. He caught eight TDs as a rookie.

Shepard said he is up to date with the new offense, but he needs to work on his conditioning. He has worked with Daniel Jones since 2019, so all he needs to do is catch some extra passes in practice with the quarterback to get back on the same page.

Shepard did not know whether he would see any action in the joint practice with the Jets on Thursday or in the preseason finale Sunday.

“It’s always been like a little rivalry with them,” Shepard said. “We always have a pretty good game in the preseason and those guys are fired up. It’s like, who’s going to be the little brother time.”

NOTES: Third-year receiver Collin Johnson, who has had an outstanding camp, was carted off the field with an injury. The team later said he had a torn Achilles. … Daboll said PK Graham Gano is making progress from his concussion and may play against the Jets. He was on the sideline during practice. … Devery Hamilton and third-round draft pick Josh Ezeudu got first-team reps at left guard with Shane Lemieux sidelined with a foot injury. 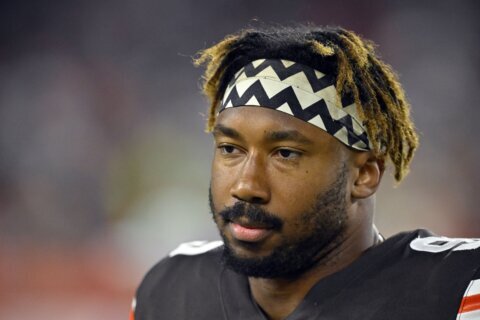 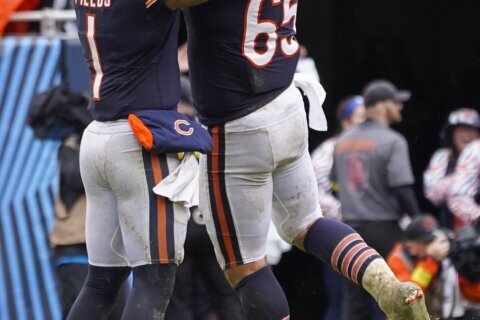 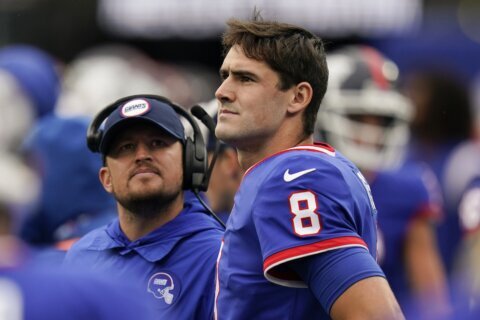