EAST RUTHERFORD, N.J. (AP) — The New York Giants said good-byes to a lot of players for now as the team reached its 53-man roster list Tuesday. More changes are in store over the next few days.

There weren’t any major srprises in the 20 moves that featured third-string quarterback Davis Webb and receiver Alex Bachman being cut.

Both had good camps in Brian Daboll’s first preseason season as coach. Webb was 60 of 81 for 457 yards, three touchdowns and no interceptions. Bachman had 19 catches for 166 yards and two touchdowns.

Webb had his contract terminated along with four other fellow veterans — wide receiver C.J. Board, defensive lineman Jalyn Holmes, and offensive linemen Jamil Douglas and Will Holden.

The Giants are coming off a 4-13 season and there is a major gap between their starters and the backups. General manager Joe Schoen and Daboll are sure to scour the waiver wire and make roster changes to add more depth. Each move will require a corresponding cut, which means players on the 53-man roster Tuesday may not be there on Wednesday.

New York only has three safeties on its roster and their tight end ranks are inexperienced. Expect moves there.

The Giants can also start assembling their 16-man practice squad on Wedesday. Many are expected to be in the group New York cut Tuesday.

The main theme on Tuesday was change. For most players their relationships with those cut could be ending. Safety Julian Love called it one of the saddest days in football.

Daboll plans to meet with them weekly and said three or four will go out for the coin flip before regular-season games.

McKinney, Thomas and Brown are only in their third seasons in the NFL.

The release of Webb leaves the Giants with Jones and Tyrod Taylor at quarterback.

After the team failed to pick up the fifth-year option on his rookie contract, Jones has overcome tight scrutiny to keep his starting job.

“I think getting to football and getting to playing real games, I think is certainly something we all look forward to,” said Jones, who was 20 of 26 for 185 yards and an interception in two brief appearances. “There’s been certainly a lot going on and my approach has been the same day in and day out, how I approach practice and each situation.” 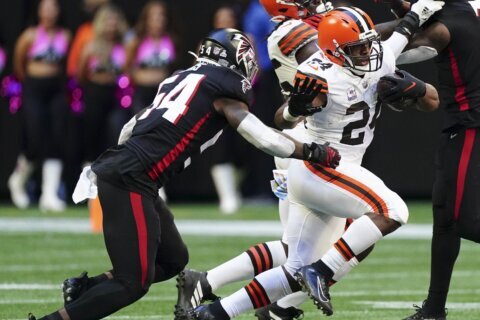 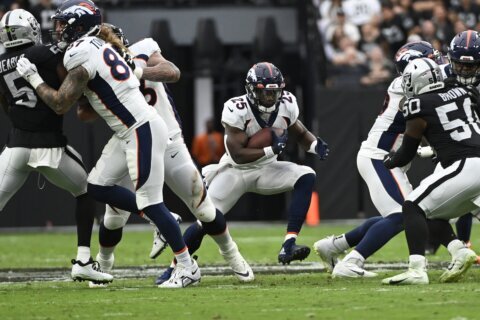 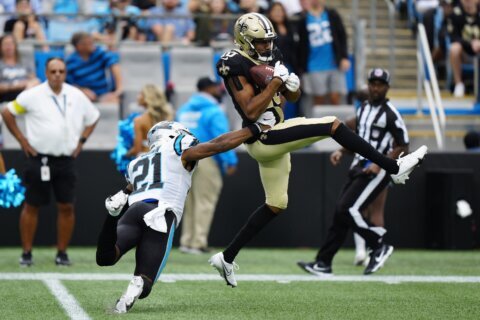