HOUSTON (AP) — After Cleveland Browns quarterback Deshaun Watson was suspended for six games following accusations by two dozen women in Texas of sexual misconduct during massage treatments, a debate began among fans over whether his discipline was just.

Even among Browns fans, who hope Watson can be the franchise quarterback they’ve long searched for, the reaction to his suspension was mixed. Watson was traded to Cleveland from Houston this offseason for three first-round picks and the Browns then signed him to a $230 million, five-year contract, despite his legal issues.

Rhonda Whitelock, 50, a founding member and president of the Touchdown Browns Backers Club in suburban Cleveland, said she thinks a six-game suspension is not long enough given the sheer number of allegations.

Whitelock said club members, both men and women, have told her they won’t watch the Browns anymore, describing them as “disgusted.” Other members, however, believe the women’s accusations aren’t true, she said.

Jimmy Haslam, the Browns owner, sent out a Christmas card in December with his family, including women and girls, in the photo, Whitelock said. “To me, I wonder do you value their rights?” she said, referring to Haslam. “Do you value what they say? Does it matter to you?”

Whitelock said she considered giving up her season tickets, but decided not to, saying she doesn’t want “one person” to discourage her from rooting for the Brows.

Cassandra Riley, a 59-year-old Browns fan from Columbus, Ohio, said she thought Watson’s suspension should have only been three games.

“I feel we all make mistakes. I know people who have committed worse atrocities,” Riley said while eating lunch with her husband outside the Rock and Roll Hall of Fame and Museum in Cleveland. “He’s young. And I feel there’s no reason to end a young man’s career over a mistake.”

Watson has denied all wrongdoing, insisting any sexual activity with three of the women was consensual. He publicly insisted his goal was to clear his name before agreeing to confidential financial settlements with 20 of the women June 21. He has since settled three more lawsuits.

Watson was a first-round selection by Houston in 2017 and went on to be named to the Pro Bowl three times and lead the Texans to the playoffs twice. But he became unhappy with the direction of the team and asked for a trade before the first allegation surfaced, and he sat out all last season while still on the roster.

Melissia Cabriales said she was relieved when Watson was traded to the Browns. His suspension was a big topic of discussion among her family Monday.

“I think it should have been longer,” she said. “It wasn’t enough for what he did.”

Jason Hamlin of Folsom, California, a Browns fan who was in Cleveland visiting family, also thought the suspension was too short. But he added that trading for Watson was just the latest chapter in a long history of ineptitude by the team.

“It was the most Browns thing ever,” Hamlin said. “It’s a questionable organization at this point, with questionable ethics that make me not want to root for them.”

At the Cleveland Rape Crisis Center, which received thousands of donations in the wake of Watson’s trade to the Browns in April, the six-game suspension was met with disappointment but not surprise.

“What we’ve been hearing from survivors, it’s like they see their own experiences in this Deshaun Watson case,” said Sondra Miller, the CEO of the center. “And some of the sentiments that we’ve been hearing is like, yeah, I tried to report what happened, too, and nothing happened. So why should we even bother telling people that we’ve been assaulted or harmed because nothing is going to happen anyway?”

AP reporter Mark Gillispie contributed to this report from Cleveland. 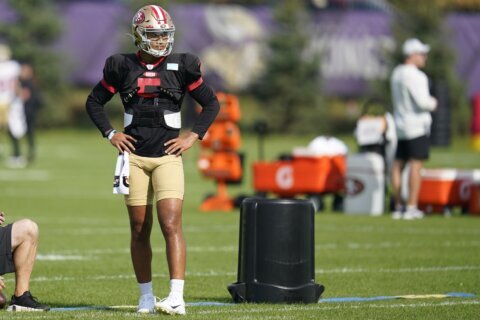 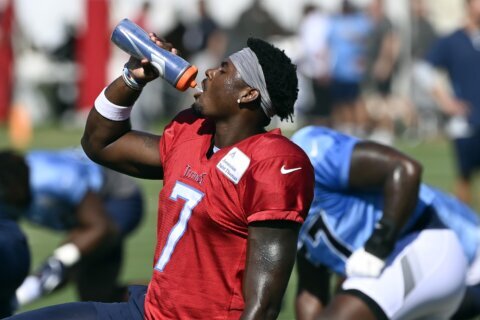