Dolphins happy with roster after tough cuts ahead of season

MIAMI GARDENS, Fla. (AP) — A years-long rebuild has led the Miami Dolphins to a point of excitement with their 2022 prospects.

General manager Chris Grier, who has overseen the dismantling and reconstruction of the Dolphins’ roster since 2019, said the team feels good about its roster after making cuts — difficult ones, he emphasized — ahead of Tuesday’s NFL-mandated 53-man roster deadline.

“We feel there’s some players that got released that will be on NFL rosters,” Grier said, “which is always a good thing. That wasn’t the case here for a while, but we felt we’ve been building it up. We feel good about the roster, and excited for what it could be in the future.”

Part of the Dolphins’ preseason has been about allowing third-year quarterback Tua Tagovailoa to get used to a new offensive system with the new weapons the team has planted around him.

Those offseason acquisitions made it particularly hard to make cuts at receiver and running back.

The Dolphins signed Chase Edmonds, Raheem Mostert, Sony Michel and fullback Alec Ingold in the offseason. And it immediately became clear Edmonds, with his ability to catch passes out of the backfield, would be a featured piece in the Dolphins’ offense. Mostert, a shifty and fast former 49ers running back, figures to be next.

So the Dolphins cut Michel, along with running backs Gerrid Doaks and ZaQuandre White.

“That process was brutal,” Dolphins head coach Mike McDaniel said. “It was a good thing for the Miami Dolphins, but that competition was real. That room was very, very healthy in terms of how they tried to make each other better. They were competing against each other, but they’re also rooting for each other. Sony did not make it easy.”

At receiver, Miami cut receivers Preston Williams and Lynn Bowden Jr., who looked as though they might make the team as return specialists.

Williams was having an impressive rookie season in 2019 as an undrafted free agent before an ACL injury cut it short, and the additions the past two offseasons of Tyreek Hill and Jayden Waddle made it hard for Miami to find room for him.

The Dolphins did opt to keep three quarterbacks on their roster, including backups Teddy Bridgewater and rookie Skylar Thompson after Thompson had a standout preseason.

Grier said Thompson won over his teammates throughout the preseason through his work ethic and performance. Thompson had 450 yards passing and five touchdowns with no interceptions.

“We got calls, people asking what we were going to do, and they were all saying, ’You guys would be stupid to let him go,’” Grier said.

McDaniel chimed in: “We’re not in the business of being stupid.”

NOTES: Dolphins starting cornerback Byron Jones, who missed all of training camp with an Achilles injury, was placed on the reserve/physically unable to perform list Tuesday. He will miss the first four games of the season. Grier said the team planned to watch the waiver wire for potential additions, but he feels good about the group that they have at defensive back. … Miami kept eight offensive linemen after Tuesday’s cuts, though the Dolphins are likely to add more. How the offensive line looks has been a question all preseason, but McDaniel said he’s excited about the way their tackles have performed. … Two teams called about tight end Mike Gesicki, Grier said, but the Dolphins had no plans of getting rid of him. 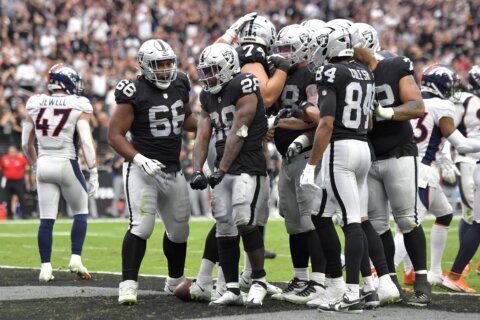 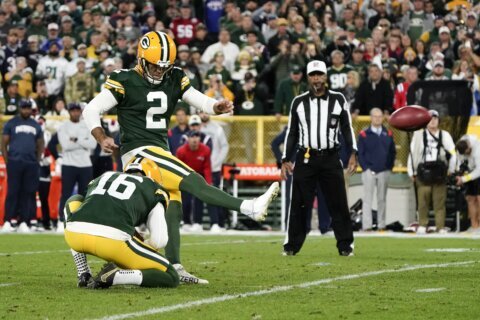 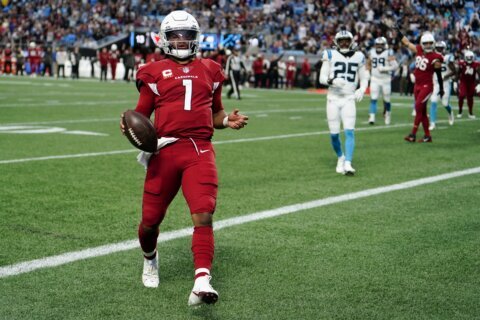