One play proved Taylor is even more impressive in person.

At Indy’s first training camp practice last week, Ryan got a glimpse into this season’s possibilities when his new running back caught a screen pass, quickly turned up the field and left defenders in his wake.

Even Ryan, who has seemingly seen everything over a 14-year career, did a double take.

“He made a cut that you just don’t see and his explosion out of the cut, to me, was an eye-opener,” Ryan said. “You can watch as much tape as you want, but it’s different to see it in person. You think he’s really good, then you show up and you think he’s better than you thought.”

Turning heads, drawing raves and surprising teammates has become an annual tradition for Taylor ever since he won the starting job at Wisconsin in 2017.

The true freshman started 13 of 14 games and finished with 1,977 yards that year before topping the 2,000-yard mark each of the next two seasons. He’s one of three major college players with multiple entries in the 2,000-yard club and could become the first to do it three times in their combined college and pro careers.

Still, Taylor slid into the second round of the 2020 draft as critics warned about his lack of vision, penchant for fumbling and the toll 926 college carries could take on his body.

He saw Taylor as a smart, workhorse back, capable of making home run plays and becoming a strong voice in the locker room. It didn’t take Taylor long to make Ballard look like a genius.

Taylor replaced the injured Marlon Mack in Indy’s 2020 season opener and finished the season by rushing for a single-game franchise-record 253 yards as he went over the 1,000-yard mark.

Last season, even with defenses loading up against Taylor, he still rushed for a league-high 1,811 yards and 18 touchdowns while adding another 360 yards and two scores through the air — including the 76-yard screen pass he turned into a TD at Baltimore.

The question now is what will Taylor do for an encore?

He’ll continue battling two-time NFL rushing champ Derrick Henry to claim the title of best back in the league and the AFC South. And Indy believes Ryan’s presence could back defenses off the line of scrimmage.

“That’s the thought, but you never really know what teams are going to do,” Taylor said this spring. “So you need to prepare in the offseason to face eight, nine, in your case, 16-man boxes. You need to prepare for those things in the offseason, during camp so no matter what happens — whether we face those loaded boxes or not — we’re equipped and prepared and ready to handle them.”

Numbers and honors don’t motivate the 23-year-old Taylor, though. He’s a perfectionist, always looking for a way to stay ahead of the competition.

During previous offseasons, he focused on refining his pass-catching and pass protection skills. This year, he prepared for a heavier workload than the 372 touches he had last season.

Of course the guy once admitted to Harvard also gets innovative with his workouts.

Yoga became part of his college workout routine and last year he added cold-weather training. This year, Taylor invested in Strive, a technology company that helps athletes achieve and maintain peak performance with workouts based on muscle data. The hope is it will make him more productive and healthier.

“You always prepare, I don’t want to say for the worst, but the most you can possibly do,” Taylor said. “My parents always say better to have and not need rather than to need and not have. So if you come into this building at camp time, fully ready to go for any situation, you’ll be prepared for your workload to increase.”

Taylor would like to expand the schedule to include a championship run.

It’s the one glaring omission on Taylor’s resume. Despite winning two New Jersey state titles in track and field, he never won a Big Ten title with the Badgers, never appeared in the College Football Playoff and still has not won an NFL playoff game.

So while Taylor spent the offseason reviewing game film to see what he could have done better in 2021 to continue improving this season, Ryan was watching to figure out how he could best utilize Taylor’s uncanny talent.

“My brother was up here at practice Saturday and he was like, ‘Man, it was amazing to watch that guy go through the little ropes they run through at the beginning,’” Ryan said. “He’s like, ‘It’s just different, you watch him and the movement is different. Those other guys are doing great behind him but he (Taylor) is another level.’ He’s special.” 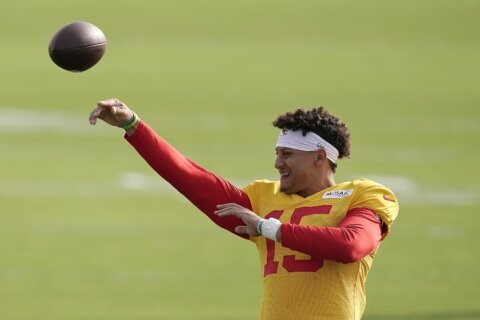 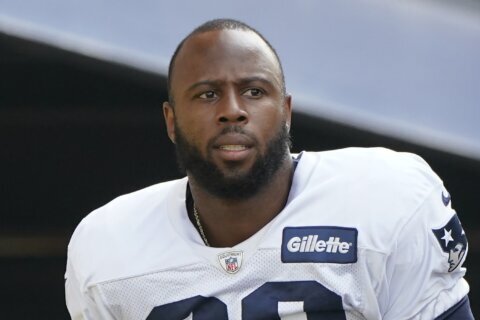