The Browns signed Odom on Aug. 5, and while he was a longshot to make Cleveland’s 53-man roster, he had shown positive flashes.

“He was doing a really nice job,” Stefanski said Sunday on a Zoom call. “A very, very good pass rusher, had a knack for it. Did a nice job in practice and had some nice moments in the preseason games.

“Very, very disappointed for him. Injuries are an unfortunate part of this game that we play and coach and we hate to see guys lose a year.”

Other than Odom, the Browns came out of their preseason finale in pretty good shape.

Stefanski said Pro Bowl right guard Wyatt Teller (knee) and safety Grant Delpit (hip) should be OK after going out with injuries in the first half.

Teller and Delpit were held out as a precaution against the Bears, but Stefanski said they would have gone back in if it had been a regular-season game.

Stefanski said starting right tackle Jack Conklin continues to make progress as he works back from season-ending knee surgery. Conklin has gotten more reps in practice over the past two weeks, but Stefanski wasn’t ready to commit to him being available for the Sept. 11 opener at Carolina.

Also, cornerback A.J. Green (hip) and safety Ronnie Harrison Jr. (hamstring) should be ready for Week 1 after being held out against Chicago. 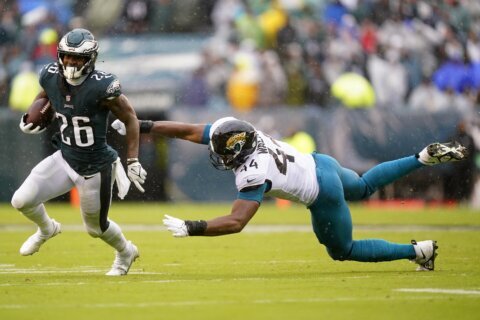 Eagles stand strong as only undefeated team in NFL 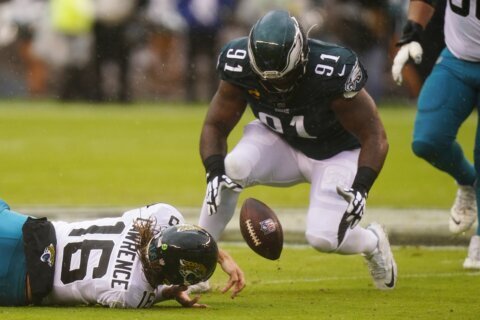 Jaguars’ Lawrence on 5-turnover game: ‘No one else to blame’

Dolphins’ Tagovailoa ruled out for Sunday’s game at Jets